On Thursday, October 18, 2018, Wisconsin burger chain George Webb made good on a longstanding promise/promotion and handed out free hamburgers to celebrate the Milwaukee Brewers’ recent 12-game winning streak. From 2 to 6 p.m., thousands upon thousands of people took advantage of this promise/promotion. Folks across the state dutifully lined up outside their friendly neighborhood Webbs. They slowly shuffled inside. They were handed a free burger. They walked out. It was amazing.

I was among those people. At about 1:30 p.m., I got in line outside the George Webb on Oakland Avenue. The line was long, but not really that long. Folks were in good spirits. A woman talked about getting a free Webbs burger the last time the Brewers won 12 in a row, in 1987. A man grumbled about some kids from nearby Riverside University High School who were trying to cut in line. There were news crews. 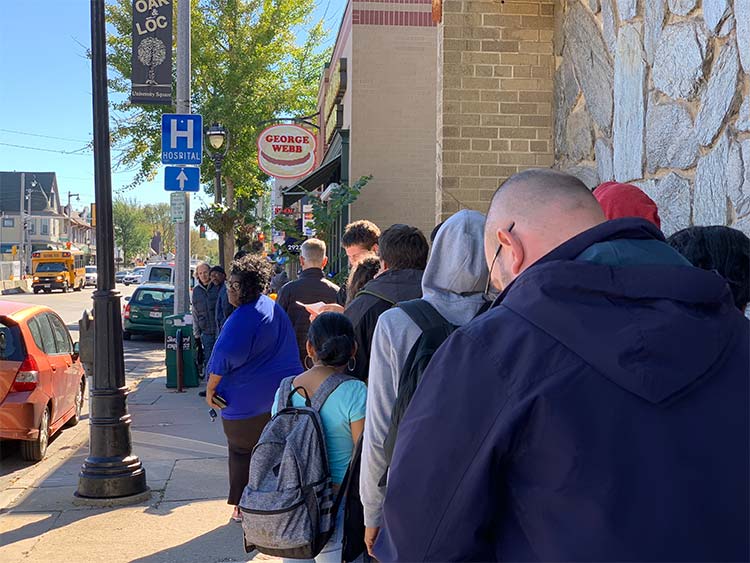 Finally, at 2 o’clock, the line began to move. I slowly shuffled inside. I was handed a free burger. I walked out. And, um, that was it. 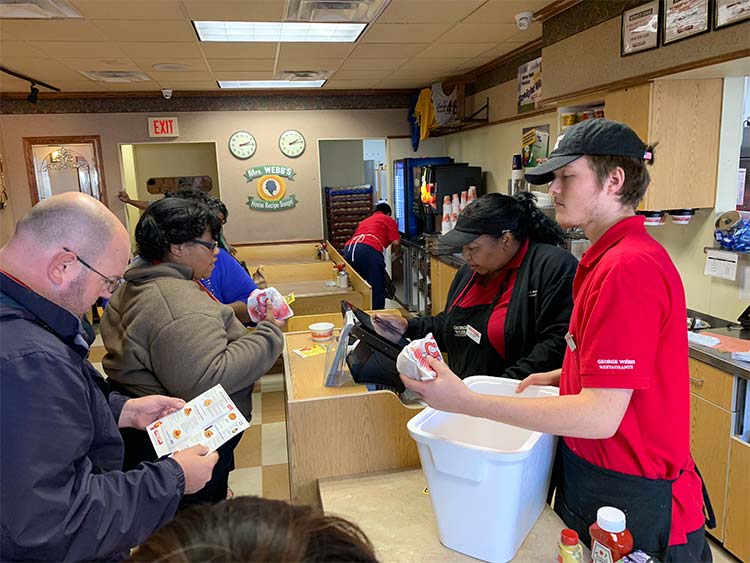 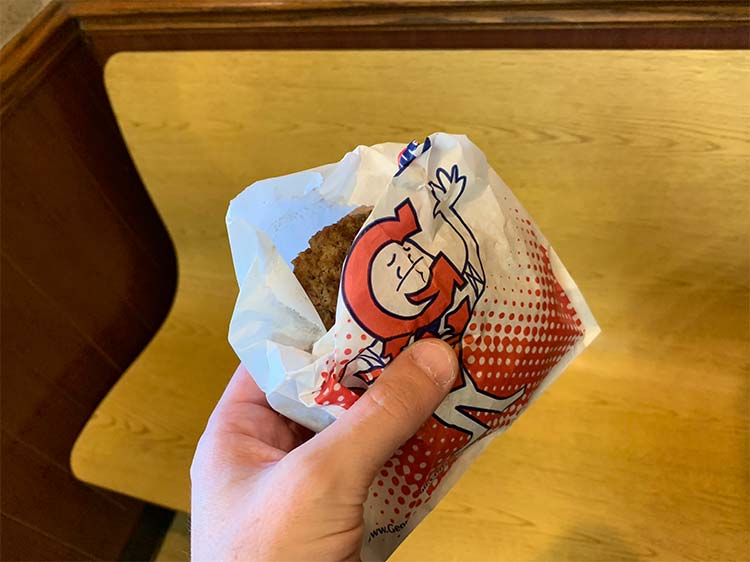 So, what to do now? I couldn’t just eat the thing. I had to do something. After all, this is the same website that once ate at every George Webb on planet Earth in a single day. Wasn’t there a story about a guy who still had his burger from 1987? Didn’t some guy bronze his? And that’s when it hit me:

I would construct a crude time capsule, put my free George Webb burger inside, and bury it in the woods. In exactly one year, I would unearth the thing and look at it.

Sixty minutes and one perplexed spouse later (me: “I need a box, some packing tape, and a shovel!”), I was in the woods. 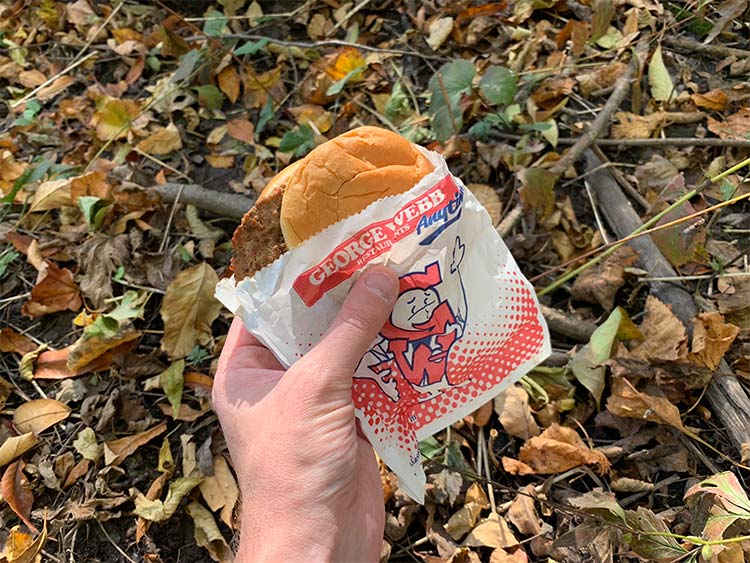 I felt good about my impromptu time capsule. It had a picture of Uecker on the top and some Milwaukee Record stickers on the outside. I dated it. I sealed the burger in a ziplock bag. I double-bagged the entire box. I wrapped the thing in packing tape. I had failed to track down a shovel, so I dug a hole in the ground using the ice scraper from my car. I buried my free George Webb burger in a time capsule in the woods. 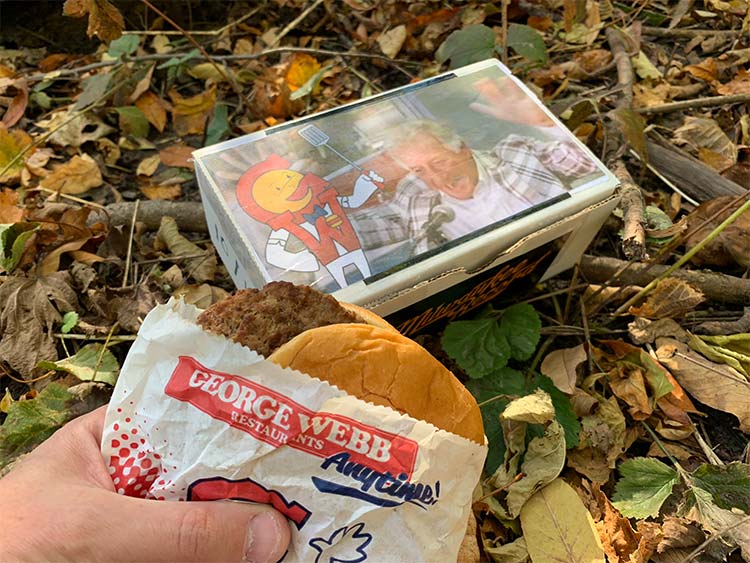 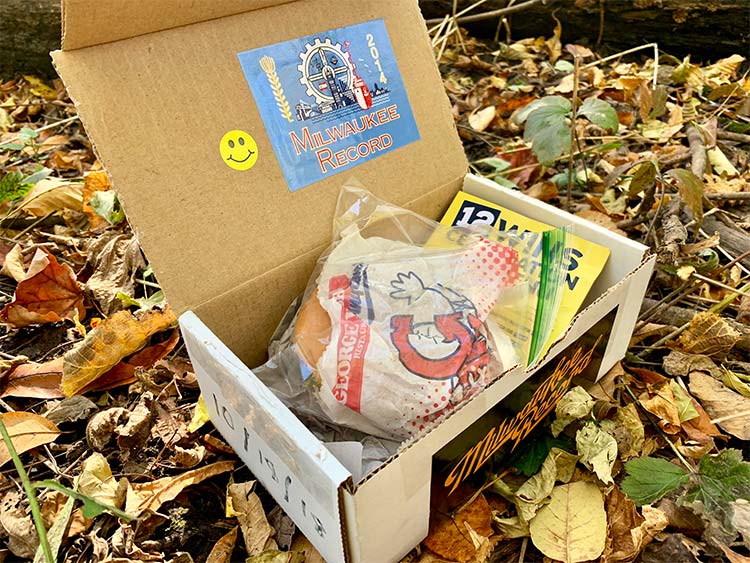 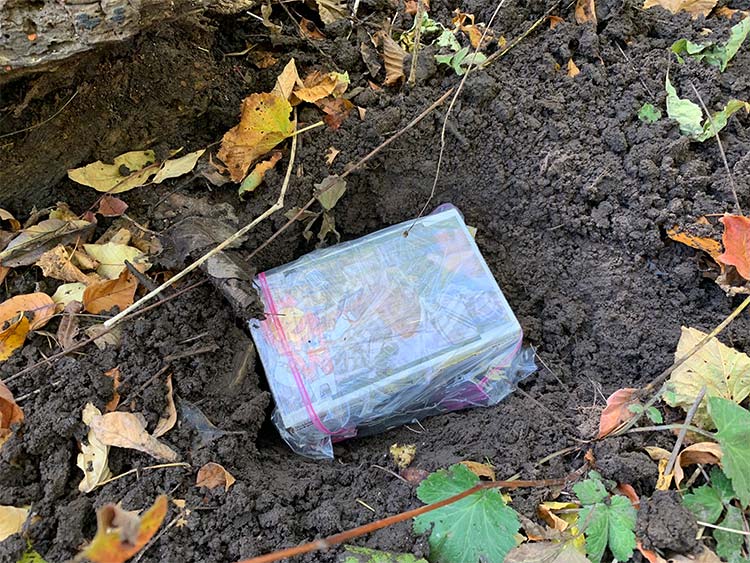 Now, about the unearthing part. Letting the thing sit there until the next time the Brewers win 12 in a row makes the most sense, but who knows how long that will be? Another 31 years? No, Ill unearth it exactly one year from the day I buried it. Maybe I’ll re-bury it after checking in on it, or maybe not. Either way, I’ll be sure to document the event. And no, I’ll never reveal where it’s buried. (It’s somewhere in Milwaukee County.) 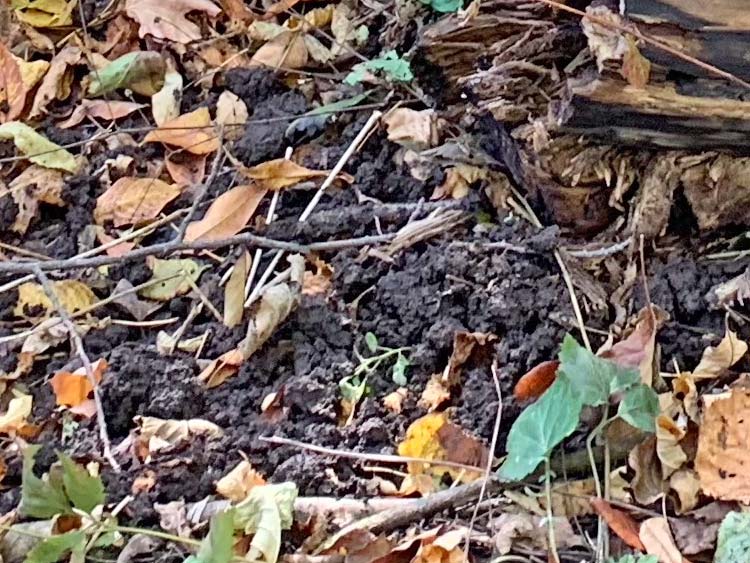