Metro Milwaukee is home to countless commodities that are widely-known and beloved by folks all over the state (and all around the world, in some cases). While the region is renowned for companies like Harley-Davidson, Miller Brewing, Milwaukee Tool, Klement’s, and Cousins Subs to name just a few, Milwaukee and its surrounding suburbs can also hang their collective hat on the work of many manufacturers whose work is appreciated…but maybe isn’t something most customers think of as a distinctly “Milwaukee” things.

While locals are quick to claim brands like Carmex, Master Lock, and Evinrude Outboard Motors as points of Milwaukee County pride, the vast majority of buyers throughout the world either aren’t aware of the attachment to the area whatsoever or don’t realize it until they read the fine print on the label. Unless you grew up here, you probably also didn’t know Supreme Meat’s iconic Pizza-Burger is made a few blocks south of Milwaukee in St. Francis. At least I had no idea of its place of origin when I was growing up. 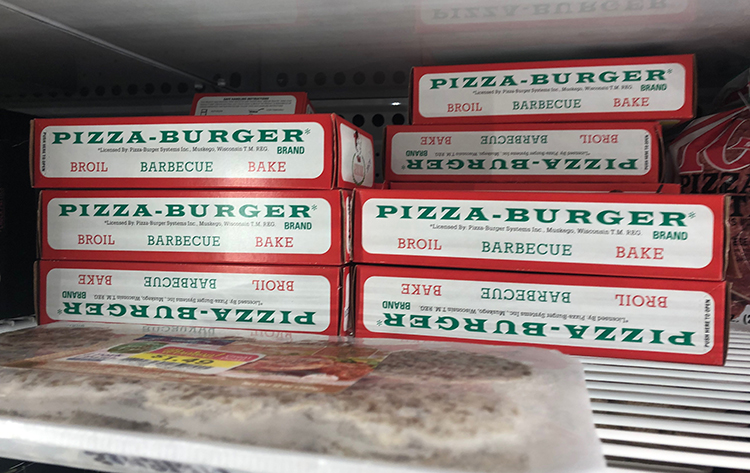 I believe I first had a Supreme brand Pizza-Burger in the ’90s. I recall the unmistakable red, white, green, and yellow box—which was already dated way back then!—as having a semi-regular presence in my dad’s freezer. In the late ’90s and early 2000s, I’d have some as a snack at my friend Adam’s house between games of HORSE or after band practice. Growing up about 100 miles away in the Fox Cities punchline of Menasha, I knew very little about Milwaukee in general for most of my youth. And I sure as hell had no idea where or what St. Francis was. 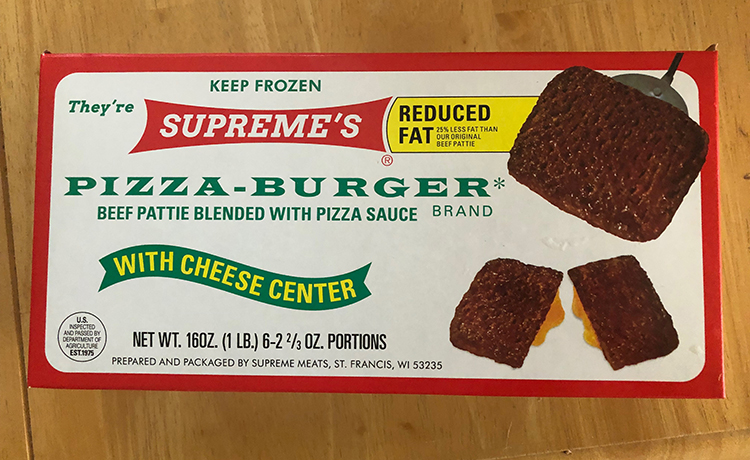 Recently, while driving through St. Francis (a thing I’ve done no fewer than 200 times since moving to nearby Bay View), I took note of the Supreme Meats exterior I’d passed regularly over the course of my 11 years living in Milwaukee. Having been easily 15 years since my last Pizza-Burger, I guess the connection just didn’t click at first. But looking at the font of the word “Supreme” on the building with the perpetually empty lot, I suddenly remembered those little burgers in that faded, unappealing box—the box that said St. Francis on it!—I’d seen in my adolescence. It was all coming back to me. 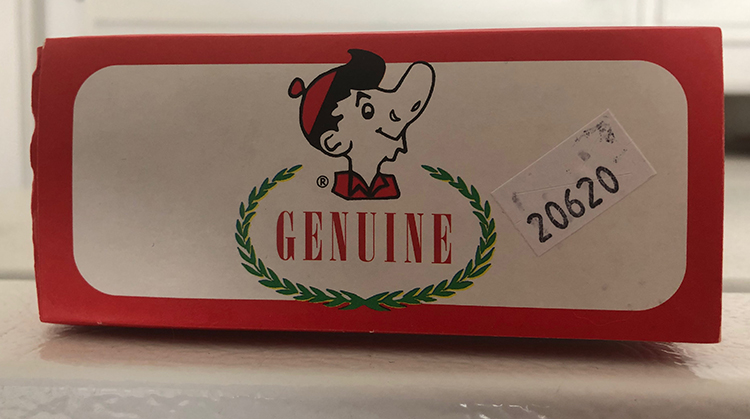 I made my mind up that the next time I went grocery shopping I was going to look for those burgers. Last weekend, that’s just what I did. The endearingly shabby Supreme’s Pizza-Burger container stuck out like a sore thumb amidst the other focus-group-approved and professionally designed packaging in the frozen foods aisle at my local Pick ‘n Save. Before putting it in the freezer, I admired the weird little guy on one side of the box. 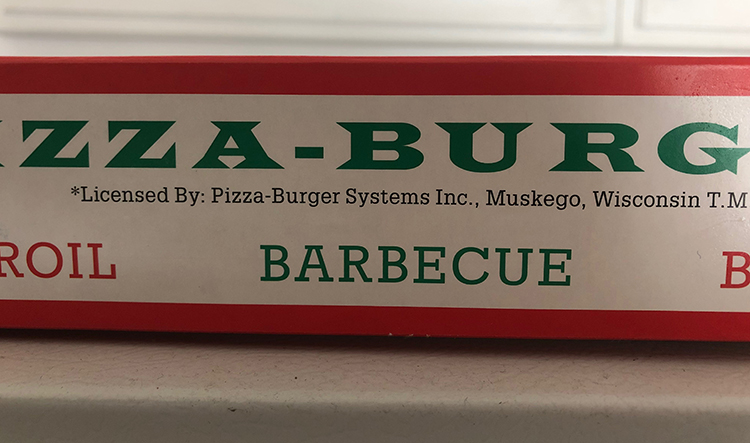 I also took note of the use of the term “Pizza-Burger Systems” on the box. Never has something so futuristic-sounding appeared on something so lacking in style. I loved it. At just $4.50 for a box of six frozen squares of seasoned beef and cheese, the price was easy to digest. Would they be as good as I remembered? It didn’t take long to find out. 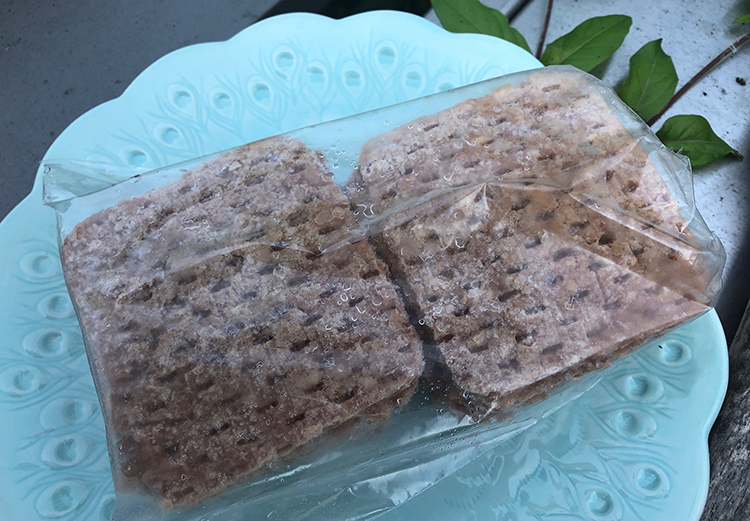 During halftime of Sunday’s Packers-Lions game, I fired up the grill, put in a few frozen patties, and took my taste buds on a trip down memory lane. Within a few minutes, the burgers were fully cooked and ready to be enjoyed. 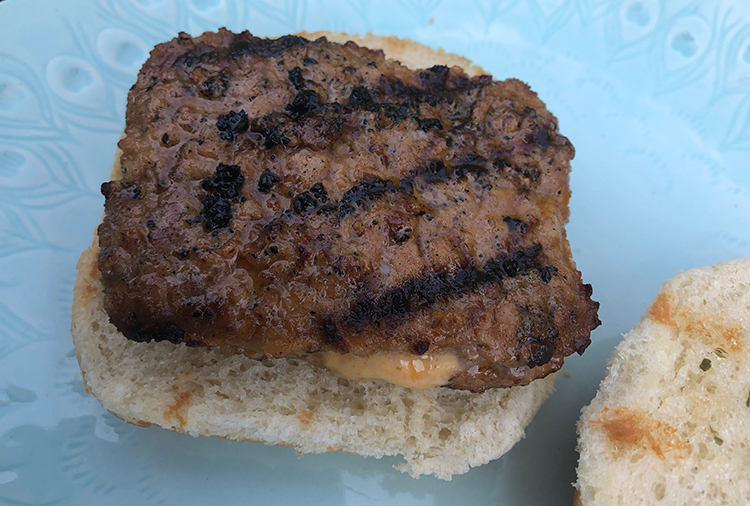 Despite the Pizza-Burger name and “blended with pizza sauce” assertion, I wasn’t really getting pizza burger vibes. The American cheese stuffing instead of [insert 37 types of cheese that would be more common on pizza] didn’t exactly help me think pizza burgers either. Rather, it was a beef patty with vaguely Italian spices and, as already noted, some American cheese in the center. Thus, when it came to topping the patty, I decided to avoid marinara and garlic and, instead, keep it simple with a few lines of ketchup. 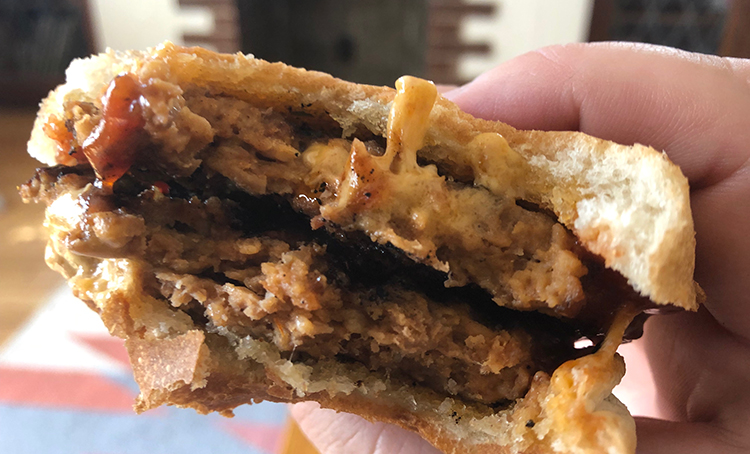 During my first bite, my chin was squirted with a small glob of molten cheese filling. I’d forgotten about that hazard. Undeterred, I continued with caution and found that, unlike almost everything else I’ve reexamined from my youth in subsequent years, these things truly held up.

Yes, the packaging and presentation are both so bad that they’re actually good. Sure, the greater Milwaukee area is blessed with an abundance of incredible burgers, including a handful of spots within five miles of the unassuming Supreme Meats building in St. Francis. Yeah, I know my culinary awareness has expanded enough—and my metabolism has slowed enough—to discourage me from enjoying these 2.66-ounce squares as often as I did in Adam’s driveway half my lifetime ago. But much like the handful of albums I’ll still unabashedly listen to forever, the couple of movies I could watch dozens of times without tiring of them, and the decades-long friendships I’ve maintained with a scant few people in my life, I think I’ll keep a spot in my heart (and occasionally in my freezer) for Supreme’s Pizza-Burgers.

After flat out forgetting they existed for a while there, we’re now reunited and it tastes so good. If you’ve either forgotten this St. Francis standby or you didn’t know it existed, consider looking for a box of burgers that looks to be straight out of 1977. You’ll be glad you did.