A few Fridays ago I attempted to eat at South Shore Terrace (2900 South Shore Dr., 414-257-8005), but they were out of fish when I got there. This week they were ready for me. The Terrace is connected to the old South Shore Park bathhouse, which was built in 1934 by the WPA, as part of Roosevelt’s New Deal. In August of 2015 it was opened as a beer garden, and this year the kitchen was expanded. Besides having a fish fry, they use some local suppliers such as Clock Shadow Creamery and Usinger’s, and even have a sandwich called the Hoan Bridge. They are operated by Milwaukee County Parks.

The first thing I had to do when arriving—well, besides making sure they had fish this time—was to head to the ATM, as the Terrace is cash only. If you plan on stopping down you may want to do this in advance to save yourself a few dollars. Food and drinks are ordered at the counter, and you are given a number. This ended up being pretty efficient as I got my fish in no time. 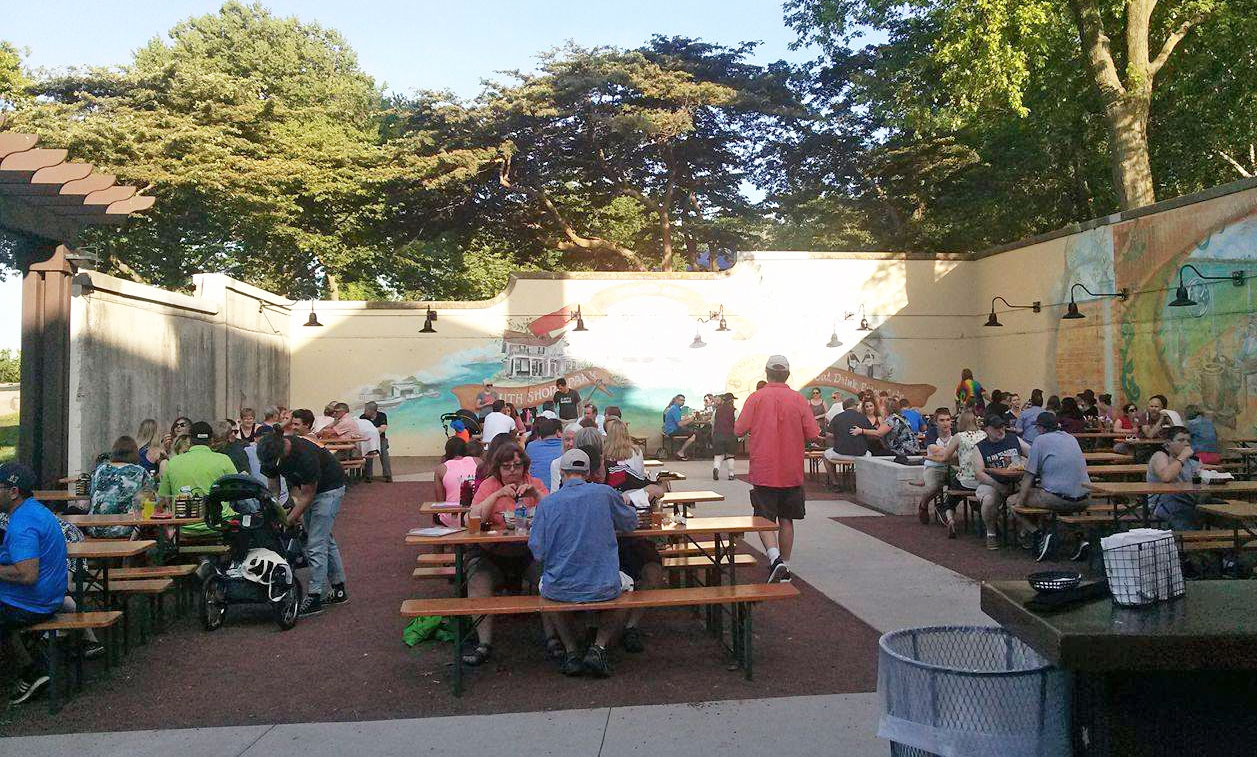 There is just one fish fry on the menu, which is cod, and it costs $11 and comes in a basket. I was given two crisp, average-sized pieces of fish that were decent enough, but nothing special. I thought the fries were pretty original. They weren’t quite wedges or steak fries, but something called Sidewinders, which are a trademarked fry. They are sort of shaped like boomerangs and have a soft middle like those smiley face fries you have in your freezer. The coleslaw was creamy, but had a very light cream, and was pretty standard. Overall the fish fry wasn’t that bad, though. I wasn’t expecting much from an outdoor beer garden with just one fish fry option, and they at least met my expectation. Two guys sitting at my bench were trying to figure out what to have, and asked me if the fish fry was good and if they should have it. I answered in the affirmative. Maybe I’m a little biased, though; to me it’s a no-brainer to order the fish if it’s a Friday. I mean, what else could you possibly order? A burger? A turkey sandwich? A salad? Get outta here! 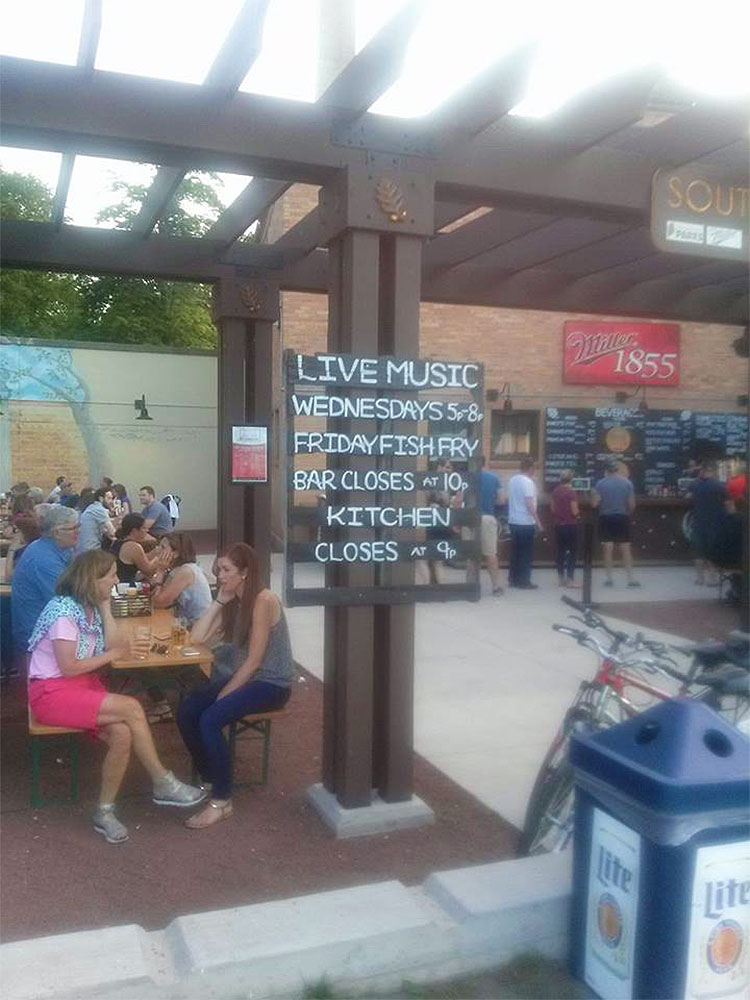 I wanted to try the South Shore Terrace more for the outside vibe than the food, and, as assumed, the former was excellent. The lake and boats can be seen from the Terrace, and a mural of some of Bay View’s buildings and past adorns two of the walls. There is plenty of space to walk around along the lake and look at the skyline after eating, and that is what I did. There was one interesting occurrence as I paused outside of the Terrace. A guy looked at me and my buddy a little strangely and then asked how the fish was. He seemed really interested in what we thought. I hadn’t seen him when I was eating, and I had no idea how he knew we had gotten the fish. It also seemed strange he would come up afterwards when we were already outside of the place.

It raises the question: Are they onto me?

Rating: One fish fry option, average slaw and fish, unique fries, badass location on the lake. Did I mention it’s at a beer garden? 3 out of 5 stars. 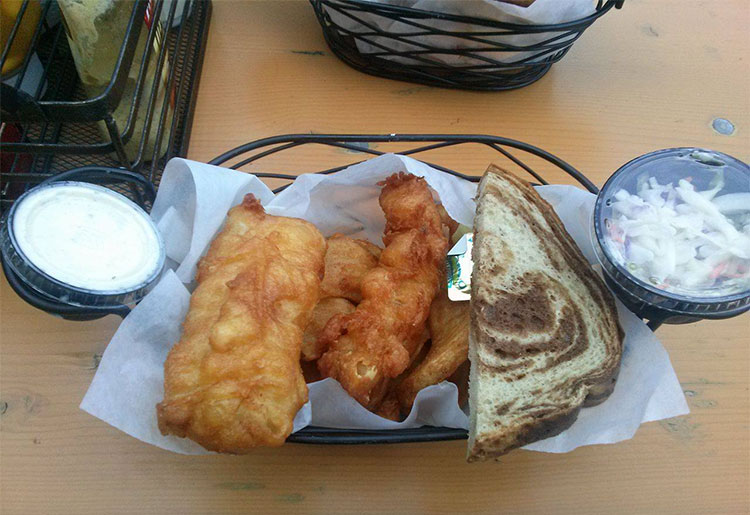