In its first three years, Cream City Comedy Festival staged more than 40 shows with close to 200 comedians from Milwaukee, Chicago, Madison, and New York for a few days each May. Even more impressive than the independent comedy festival’s lineup is the fact that all the shows were free—with any donations being donated to the ACLU and mental health charities.

The donation-based comedy festival will return for a fourth year with close to 70 local and national comics performing at a number of venues from May 9-12. This year’s Cream City Comedy Festival features headliners Carmen Lagala and Langston Kerman in its ranks. Adding to the stacked bill are local standouts like A.J. Grill, Dana Ehrmann, Elijah Holbrook, Regan Niemela, and Carter Deems. Kainalu, Immortal Girlfriend, Caley Conway, and Yung Zucchini will also add music to the fest.

Like previous years, cover for all shows will be on a donation basis. This time around, proceeds will be given to United Performing Arts Fund. Each show’s lineup and location hasn’t been announced yet, but here’s who you can expect to see at this year’s Cream City Comedy Festival. 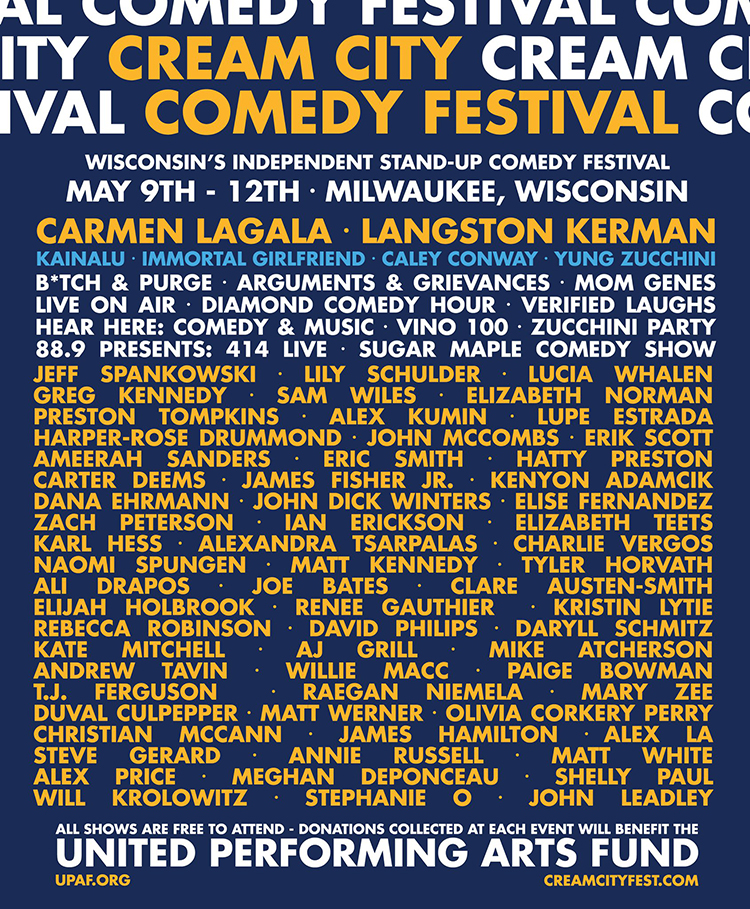