There is something ironic about people giving up meat for Lent so that they can gluttonize themselves at All You Can Eat fish frys. I’m assuming most people who partake in this purportedly ascetic ritual dread its end and the return to more measured meals. The Polish Center of Wisconsin (6941 S. 68th St., Franklin, 414-529-2140) has to be aware of this too, and has set up one of the most efficient AYCE fish frys I have ever seen, with this beautiful thing called THE BUFFET. I have cast my fish fry net near and far and can tell you that a buffet-style fish fry is a rarity. I’m not talking about a salad bar. I’m talking about EVERYTHING being buffet style.

I ended up going to the Polish Center at the suggestion of Ron Faiola, the filmmaker and former drummer of Couch Flambeau. He’s working on a new documentary that does not yet have a title, but for now can be known as Ron Faiola’s Fish Fry Film Part Two. I met him at the front entryway, where the line to get in began to stretch outside of the building as the clock struck 5 p.m.

Before I gazed upon the fish smorgasbord I had to buy a ticket and get seated. Pricing for the whole buffet, excluding desserts, is $12. The seating at the Center is expansive, and is comprised of two floors of tables. I was seated on the second floor, and immediately got back up and walked downstairs to make my way to the buffet.

The buffet consists of lemon wedges, rye bread, both vinegar-based and creamy coleslaw, fried and baked fish, french fries, and the Polish filled dumplings, pierogis. Coffee and water are also located near the buffet line. I weaved my way over to the bar and purchased a Polish beer—a lager from Zywiec Brewery—which they have on tap for $5. 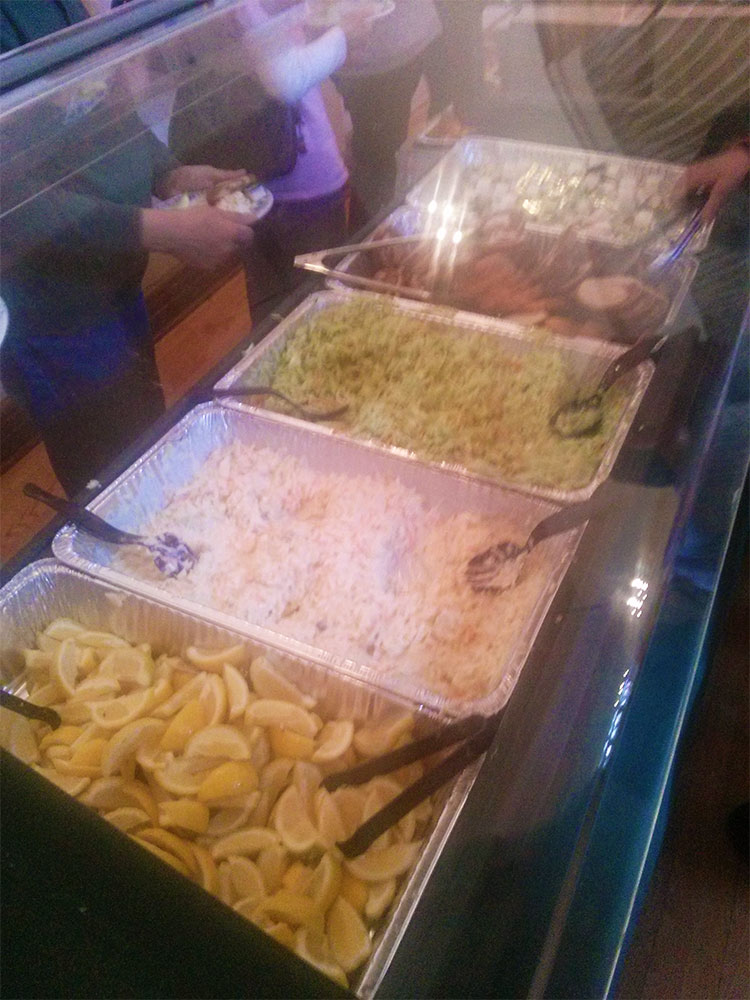 I took a little bit of everything on my first plate. The creamy coleslaw was especially good, and the vinegar slaw wasn’t that bad either. I was impressed with the fish, which had a light crispy breading and wasn’t greasy. The pieces were quite large and did not have an overbearing seasoning. The tartar sauce was excellent and went well with the fish. I usually don’t have the option to try two types of fish in one sitting, but I thought I’d throw my fry morals aside and try the baked fish since the buffet gods had blessed me with it. Well, it wasn’t fried fish, but it was good, too. The french fries weren’t anything special, and seemed to just be some crinkle cuts that had been sitting in a freezer. The pierogis were a delicious add-on, which I’ve never had at a fish fry before. I ended up going for a second plate, which speaks for itself. The only thing I would have added to the buffet was clam chowder, of course.

By the time you read this you probably have less than 12 hours to get yourself to the Polish Center before its Brigadoon buffet disappears until the next Lenten season. If you’re hoping to make your Good Friday look more like Pączki Day, this is the place for you. I don’t think it will disappoint.

Rating: High quality All You Can Eat buffet, cheaper than most places charge you for a single plate in downtown Milwaukee. And do those places have an accordion player playing during your meal and a beautiful lake in back? I doubt it. Get some clam chowder on that buffet line and keep this open year round and we are inching closer to it being a keeper Whopping Walleye. 4 out of 5 stars. 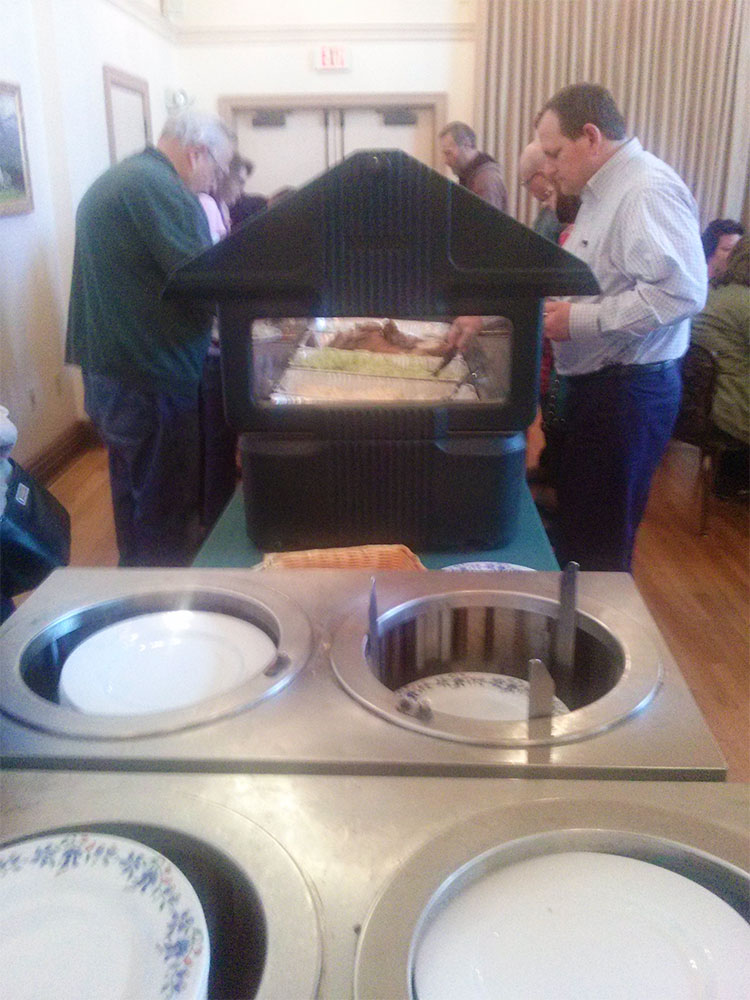