The following article originally appeared in the August edition of Colectivo Coffee‘s  “Off The Record” print-only periodical/crossword puzzle. You can pick up “Off The Record” free of charge at all 13 Milwaukee-area locations.

Wisconsin! Most who call our great state home have probably heard “On, Wisconsin!”—our state song—at some point and they’ve likely learned the state motto (Forward) in the process. Children are taught that the capital of “The Badger State”—Wisconsin’s official nickname—is Madison and that the robin is the state bird. We’d wager you could pick Wisconsin’s flag, emblazoned with the state’s official coat of arms, out of a lineup as well.

For many, that’s where their knowledge of state symbols ends. However, that’s just the beginning. Our fair state has a lot to be proud of, and one way Wisconsin touts its favorite exports, natural resources, and culture is through official state distinctions. We know of close to 30 official state symbols and icons, ranging from expected items like the renowned ones listed above to obscurities like Wisconsin’s state mineral, pastry, and fossil.

State Animals
While the official title of Wisconsin’s state animal goes to the badger, a total of eight different animals hold titles. As noted before, the American Robin is the state bird. Another bird, the mourning dove, is also given a distinction as Wisconsin’s state symbol of peace. Beyond that, the muskellunge (or “muskie”) is the state fish, and the honeybee is Wisconsin’s go-to insect. Though each of the above are wildlife animals, none of them are the state wildlife animal. That lofty honor goes to the noble white-tailed deer. Finally, in the realm of pets, the American water spaniel is a surprising pick for Wisconsin’s state dog. Even more surprisingly, all breeds of dogs lost out to the dairy cow for the state domesticated animal selection.

Song And Dance
Of course the state song is “On, Wisconsin” and polka is the state dance. Narrowing things down considerably, the state waltz is the aptly-named “Wisconsin State Waltz” and the final artistic honor goes to “Oh Wisconsin, Land Of My Dreams,” the state ballad.

Food And Drink
What would a list of important Wisconsin things be without at least a few food and beverage mentions? Fortunately, we won’t have to find out. As its largest producer in the U.S., Wisconsin has obviously tabbed the cranberry to be the state fruit. Also not a huge shock, corn is the state’s grain. Upon learning there’s a state pastry, you’d probably be able to guess that the kringle earned that nod. Contrary to popular belief, beer is NOT Wisconsin’s state beverage. That distinction goes to milk.

Underground Icons
Strangely, a significant number of state symbols are in the realm of geology. Red granite is the state rock, while galena gets the state mineral accolade. Antigo silt loam is the state soil. (Seaton silt loam was robbed!) Finally, the state fossil—yes, there’s a state fossil—is the trilobite. Take that, mollusk. Just above the surface, the wood violet is the state flower and the sugar maple has taken root as Wisconsin’s state tree.

Wait…what?
The state tartan (a type of woolen cloth) is—you guessed it—tartan of Wisconsin, which has a blue and green background. No other tartan stood a chance.

Here’s the answer key for the American Values Club Crossword Puzzle from the August edition of “Off The Record.” 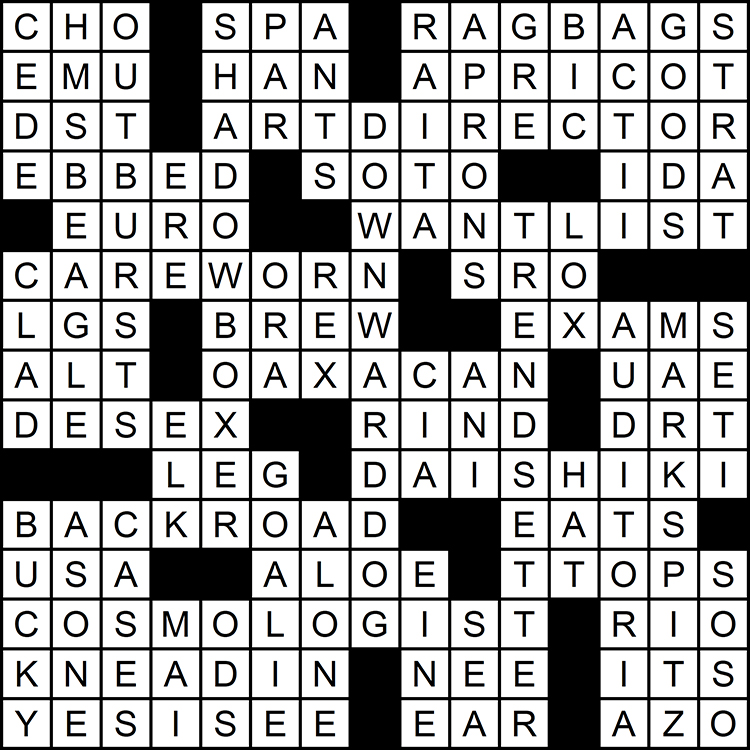