Late Sunday night, a new series called Joe Pera Talks With You premiered on Adult Swim. The sub-15-minute show stars actor/comedian Joe Pera as a slow-talking, well-meaning middle school choir teacher living in Michigan’s Upper Peninsula. While based in the U.P. hub of Marquette, much of the series was apparently shot right here in Milwaukee.

The second episode of Joe Pera Talks With You—called “Joe Pera Takes You To Breakfast”—finds the eponymous host talking to folks and pondering his breakfast order at Copper Kitchen, a family restaurant on Milwaukee’s south side. Though the business was renamed “Rousso’s Family Restaurant” for the program, Copper Kitchen’s timeless interior is unmistakable, as is the busy stretch of Howell Avenue you can see from the diner’s windows. 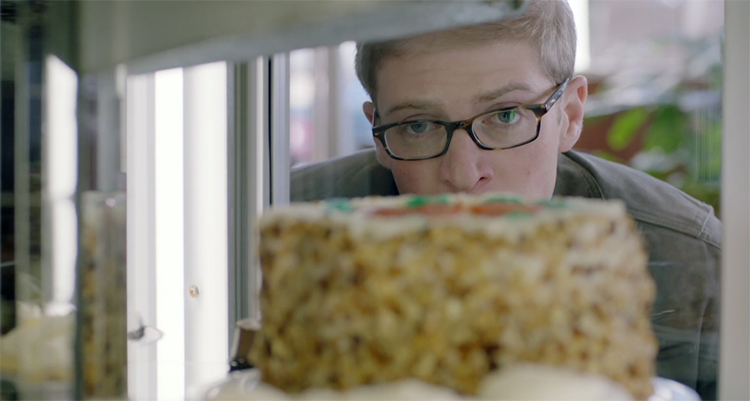 The episode was written by Connor O’Malley, a former Late Night With Seth Meyers writer who recently tormented Milwaukee pedestrians while trying to recruit members of #MinionSquad. O’Malley also has a recurring role in the series.

The show also called upon some members of the local film community to assist in production. Milwaukee filmmakers Kristen Peterson, Brendan Jones, and Bob Purvis are all named in the second episode’s credits. Purvis tells Milwaukee Record that other metro Milwaukee locations like Brown Deer Middle School, Clifford’s Supper Club, Leon’s, Redeemer Lutheran Church, Ted’s Ice Cream, and Dunham’s Transmission will be featured in subsequent episodes of the series.

You can watch Joe Pera Talks With You every Sunday at 11 p.m. on Adult Swim. Even without the local ties, it’s actually quite good! Check out a preview below or watch the second episode in its entirety here.