The premise of the original Mystery Science Theater 3000 was simple: in the not-too-distant future, a man trapped on a space station is forced to watch and endlessly riff cheesy movies (with the help of his robot friends, of course). But what if that premise involved only cheesy movies made in Wisconsin? And what if the riffers were local comedians? And what if it didn’t take place in space?

Welcome to “Movies On Tap,” a live comedic riffing series coming to The Laughing Tap (706 S. 5th St.), and sponsored by Lakefront Brewery and Milwaukee Record (that’s us). The first installment is set for Thursday, February 17. The film? Ninety-ninety-five’s Family Of Cops, a made-for-TV movie starring Charles Bronson, and shot and set in Milwaukee. 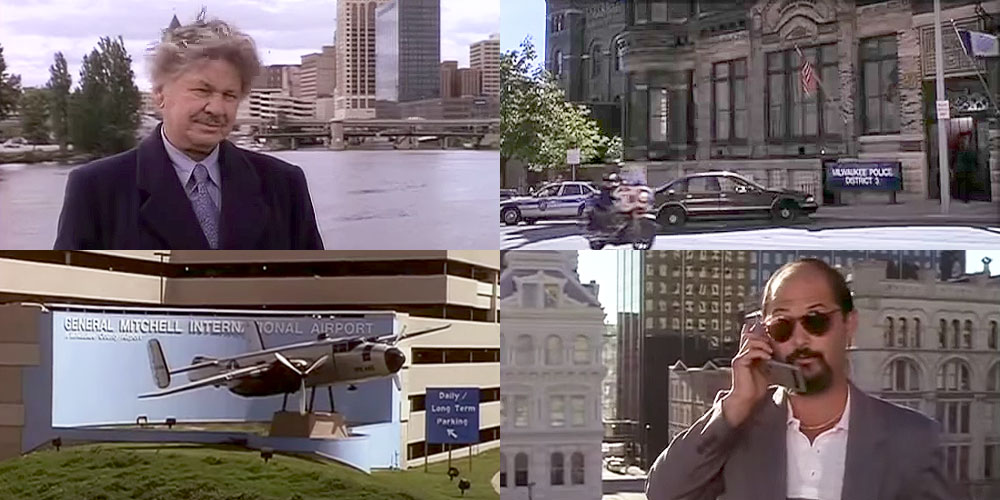 Written by Milwaukee native Joel Blasberg, Family Of Cops stars a weathered and wooden Bronson as the patriarch of the titular cop-filled family. Daniel Baldwin plays the oldest son, and Jerry’s maid from that one episode of Seinfeld plays the youngest daughter. A 70-something Bronson kicking ass, lots of Jewish and Italian friction, some low-level intrigue surrounding a murdered businessman (spoiler: his wife did it), and a LOT of Wisconsin and Milwaukee references ensue. So did two sequels.

Oh, and Lakefront Brewery’s own Jim “The Godfather of Riverwest Stein” Klisch appears in the film, too! He’ll be on hand during intermission for a spirited chat and some good-natured ribbing. Ryan Mason, Greg Bach, and Amy Westrop will handle the riffing. 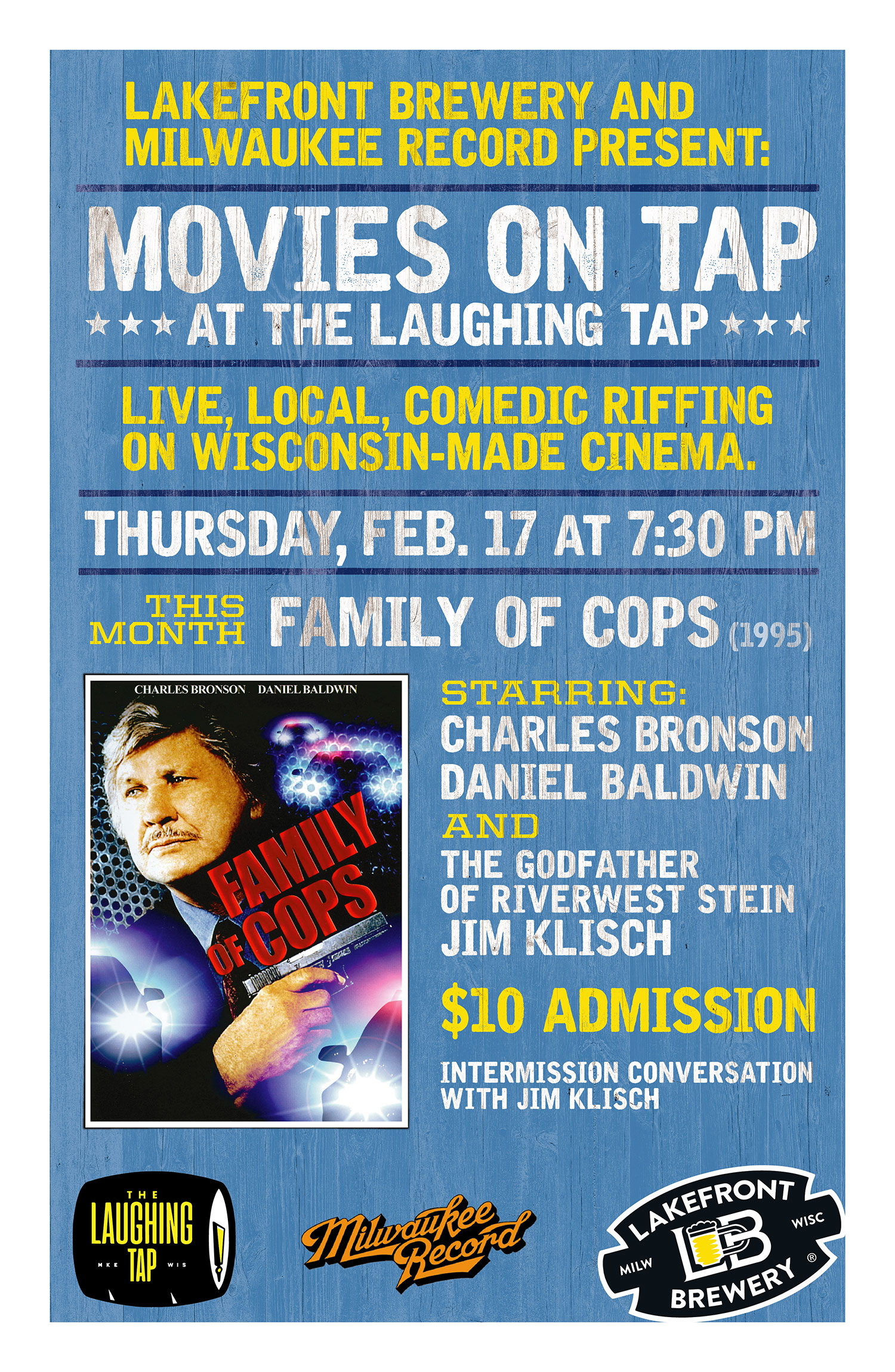