Last Tuesday, a chunk of Third Ward concrete that had long existed outside Henry Maier Festival Park as “Polk Street” was officially renamed “Summerfest Place” after an application filed by Milwaukee World Festival was approved and an official ordinance was passed by the city. While re-naming Polk Street is a small (if not somewhat confusing) change on a citywide scale, Summerfest Place is a means of honoring a lasting local tradition that brings hundreds of bands, hundreds of thousands of visitors, and hundreds of millions of dollars to town every year.

It’s no coincidence that particular segment of East Polk was picked to be changed, as the street leads to what’s colloquially known as the Summerfest Grounds, as well as the festival’s corporate headquarters. Though the vast majority of Milwaukee streets are named after prominent local figures of yesteryear or things like states and numbers, Summerfest Place isn’t the only parcel of Milwaukee County pavement to be given a new and ultra-specific name related to the structure or amenity existing close by. While we’re sure there are dozens that fit the criteria (which you can add in the comments), here are 1o other streets, avenues, roads, drives, lanes, boulevards, and ways joining Summerfest Place in this civic distinction.

1. Art Museum Drive
The short and narrow museum-adjacent causeway could be the site of the most illegal parking (at least by frequency) of any Milwaukee street. What Art Museum Drive lacks in parking spots, it more than makes up for in foot traffic and in scenery. One side displays the urban majesty of Milwaukee’s east side. The other has, fittingly, the Milwaukee Art Museum. 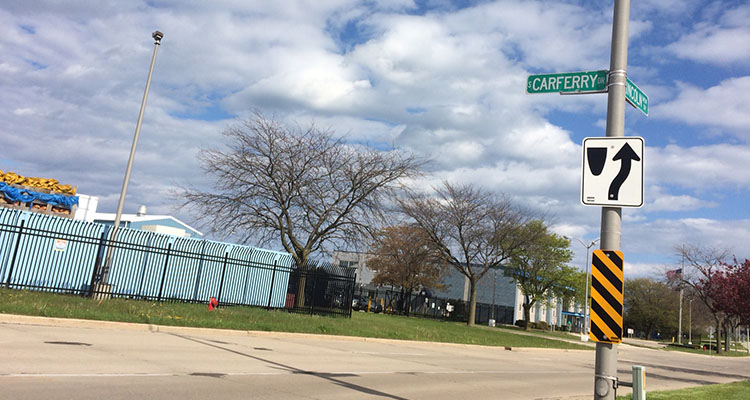 2. Carferry Drive
Amid all the confusion of winding interstates, various on-ramps, and quasi-post-apocaylptic industry, drivers who are unfamiliar with this lakeside portion of Bay View might have a tough time finding the carferry if not for the clearly labeled Carferry Drive directing them to the vessel.

3-5. Chrysler Wood Avenue, Workshops Road, Paint Shop Road
A few clicks west of Miller Park sits a small cluster of industrial park roads whose existence could only suggest the types of businesses who occupy them. The otherwise-barren piece of West Milwaukee is home to Chrysler Wood Avenue, Workshops Road, and the especially cold and deliberate Paint Shop Road. This boring trio makes nearby Wood Avenue seem exciting and edgy by comparison.

7. Miller Park Way
An even more recognizable employment of the brewery’s namesake than Miller Hall is Miller Park, which the Milwaukee Brewers have called home for more than 15 seasons. As the sports facility was being constructed, the aptly-named Miller Park Way was born, helping locals and fans of opposing teams find their way to the hulking stadium. Illinois drivers still get lost. 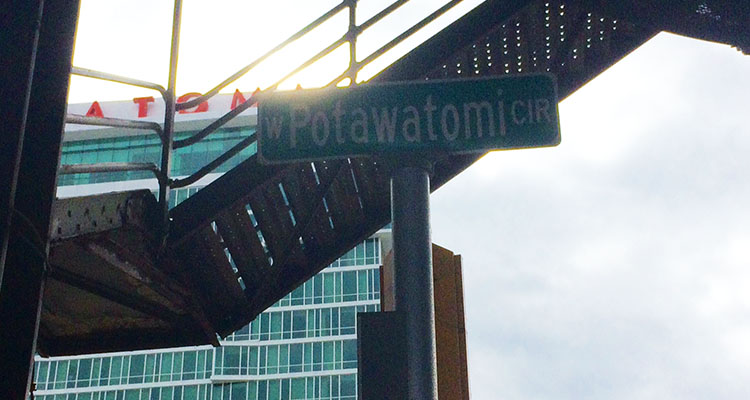 9. Riverwalk Road
Tip: Even though it’s called Riverwalk Road, people get really uptight if you drive your car on it. We guess the emphasis should be on the “walk” part of the name. Lesson learned.

Welcome to Milwaukee, Summerfest Place. Now if you’ll excuse us, we have to finish this application for Milwaukee Record Road. 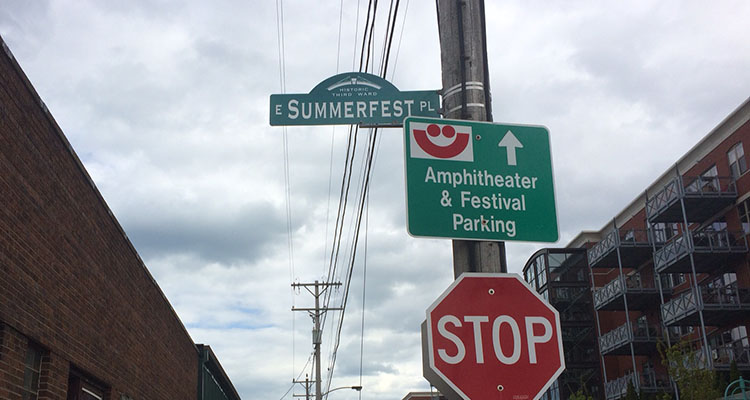