The Riverside Theater has seen a plethora of changes in its 87-year history. Originally opened in 1928 as an RKO vaudeville house (hosting everyone from The Three Stooges to Glenn Miller), the Wisconsin Avenue theater served as a downtown cinema for much of the 50s, 60s, and 70s before becoming a rock and roll concert hall in the late 70s and early 80s. The Pabst Theater Group took over operation of the Riverside in 2005, and further transformed it into a destination for some of the biggest names in all of music, the brightest stars in all of comedy, and, occasionally, Neil DeGrasse Tyson.

Now, the Pabst Theater Group is teaming with Milwaukee real estate company Zilber Ltd. (the owners of the Riverside) to give the theater a new marquee, as well as a 40-foot vertical sign. The new signage follows other Riverside restoration projects such as new theater doors and new carpeting, and comes ahead of a plan to replace all the balcony seats in 2016. The new Riverside signs are being designed by Poblocki, which is headquartered in Milwaukee.

“The Riverside Theater has a storied history and a bright future,” Mayor Tom Barrett says in a press release. “The new marquee and large vertical sign, harking back to what West Wisconsin once looked like, bring the energy and activity that’s been happening inside the theater for the past decade out to the streets of downtown Milwaukee.”

Work on the new signs will be completed in December. Will they serve as catalysts for a re-activation of West Wisconsin Avenue, as Barrett suggests? We’ll leave that question to the folks who can still manage to say such things with a straight face. But who cares? The signs look great, the Riverside will look great, and downtown will look better. Check out some renderings below. 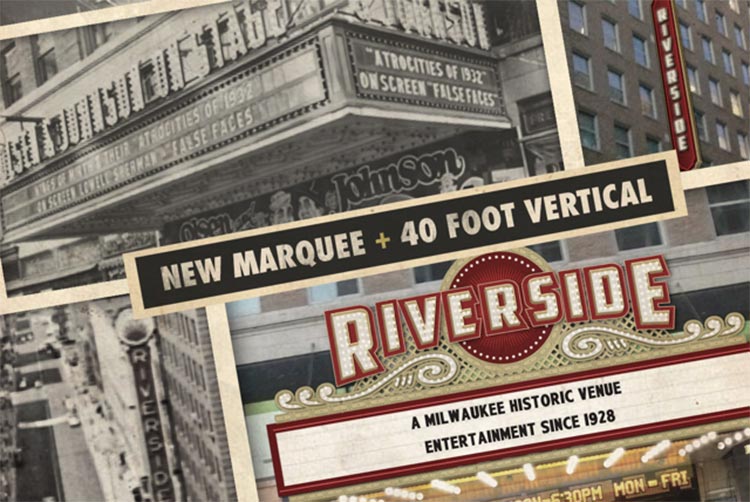 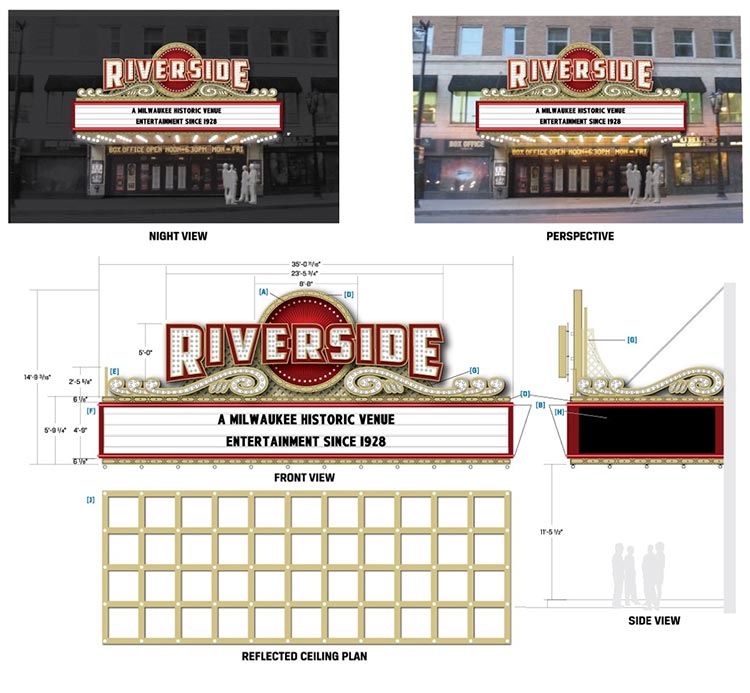 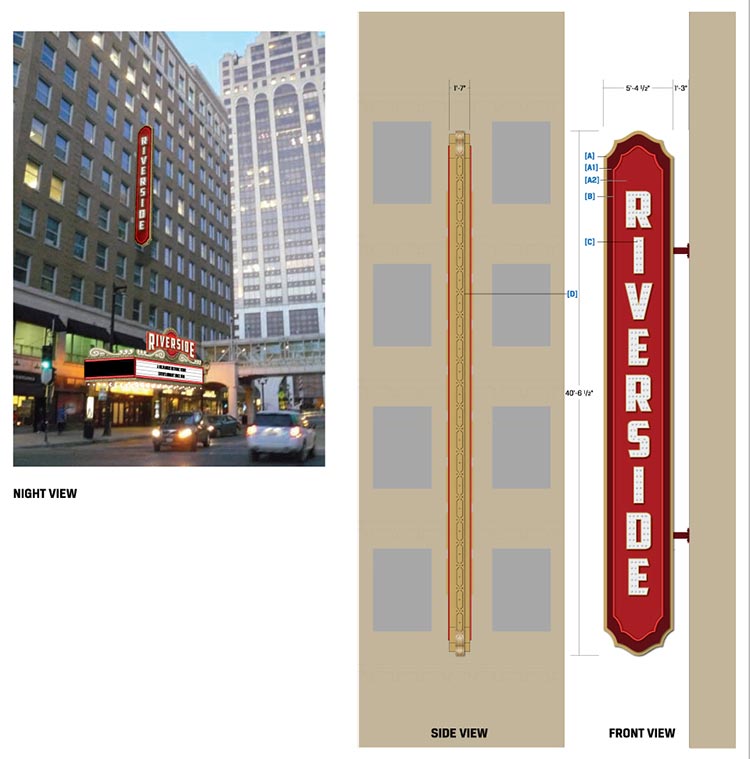 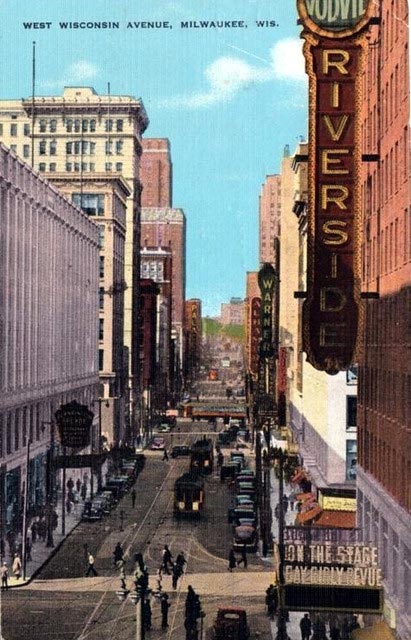