Some rotating signs come and go, while some rotating signs become icons. Mandatory Milwaukee is all about the latter. Join us as we revisit beloved and well-worn local staples with fresh eyes, and explore how they might figure in the city’s future. This week: those rapidly-spinning signs outside Marcus Performing Arts Center.

Marcus Performing Arts Center wears many different hats. It’s a world-class venue that routinely hosts Broadway-caliber productions, ballet performances, touring musicians, and orchestral outings. Its Peck Pavilion features family-friendly concerts and film screenings. Its grounds are home to the Milwaukee Fringe Festival every summer and a beloved snow pile every winter. Also situated outside the historic downtown venue are two other things that deserve some attention.

Perhaps you’ve seen them after attending a show at nearby Pabst Theater or catching a musical at Marcus Center itself. Maybe the sight (or the sound) of them has caught your attention while walking around Water Street between bars or strolling to a restaurant over your lunch break. It’s also very possible you weren’t aware of these things at all. But once you encounter them and really take notice, you’ll never forget ’em. We are, of course, referring to those two boxes that are stationed outside Marcus Performing Arts Center that spin. 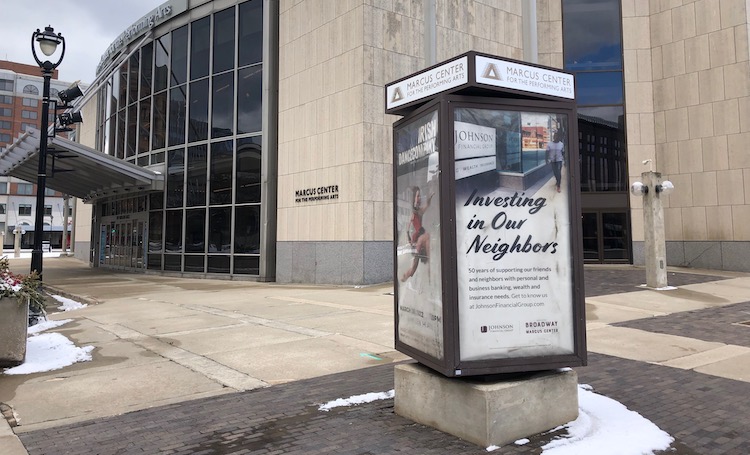 “Big deal,” you might be thinking to yourself as you crack your knuckles and prepare to type “great journalism” or something equally clever on the Facebook post for this article. And if you’ve never witnessed these babies in action, we’d totally understand your skepticism. Rotating signs aren’t exactly an anomaly, and there’s even a fairly young industry built around employing people who can spin signs in a compelling manner.

What sets these rotating four-paneled advertising tools apart from its contemporaries in commercialism is just how FAST they spin. Shortly after a friend mentioned how quickly the signs moved in a passing conversation, we attended a show at Marcus Center. Though Pretty Woman: The Musical was the best part of the night, we also left quite captivated by the rapid rotation of these two signs. And yesterday, we went back to capture the sheer speed these boxes displayed for you all to see.

Here’s the one that’s situated on the corner of Water Street and State Street. Look at that thing go! By our count, the sign moves at a shocking speed of 7 RPM. You gotta give it three or four passes before you absorb all the necessary info about the Milwaukee Ballet.

We didn’t reach out to Marcus Center to see why these signs move so quickly because 1. They surely have more important things to do with their time, and 2. We don’t want it to change. Next time you’re downtown and see these mobile obelisks in action, just stand by them and watch as they take a few spins around you. You’ll be glad you did. 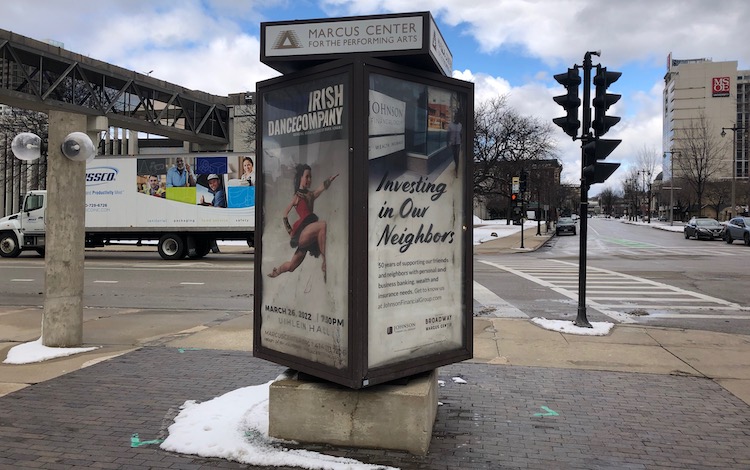