Following an extended pandemic-prompted pause, musical theater was finally able to safely return to stages all across the country in recent months. Marcus Performing Arts Center is among the variety of venues bringing Broadway-caliber productions to audiences who’ve been longing for song and dance since theaters went dark in early 2020. The historic downtown Milwaukee theater officially resumed its “Broadway Series” in late November of last year, with Jesus Christ Superstar’s 50th anniversary stop kicking the 2021-2022 season off. Marcus Center chased that classic with the Milwaukee debut of Mean Girls in late January. That highly anticipated modern musical is now being followed by another new show that’s affiliated with a beloved movie.

Based on the hit 1990 film by the same name, Pretty Woman: The Musical made its Broadway debut in the summer of 2018. Almost exactly one year later, the unconventional fairy tale’s time in Manhattan was over. Despite the largely negative critical response the show received during its relatively brief Broadway run, productions were brought to Hamburg in late 2019 and a U.S. National Tour was slated to begin in late 2020. Of course, COVID delayed the start of the stateside production, but the 32-city tour was thankfully able to begin last October.

Now it’s our city’s turn to see it. Tuesday night’s Marcus Performing Arts Center performance served as Pretty Woman: The Musical‘s Milwaukee debut, with seven more shows scheduled to take place between tonight and March 6. We were in attendance for the musical’s maiden Milwaukee outing and—despite the less-than-glowing press it received on Broadway and us being well outside the show’s target demographic—it far surpassed our expectations, and we thoroughly enjoyed it. If you’re still unsure whether you want to attend, here are five reasons missing Pretty Woman: The Musical‘s Marcus Center run would be a big mistake. Big. Huge!

1. It’s a fitting tribute to the film
While some musical adaptations of films opt to only use major plot points and a few iconic lines from the source material and take liberties with the rest of the show (Mean Girls is a recent example of this that comes to mind), Pretty Woman: The Musical leans heavily on the original script to help inform the scenes and fill in the dialogue. In fact, J.F. Lawton (the film’s writer) and Garry Marshall (the film’s dearly departed director) share a “Book By” credit for the musical. So if you love the movie, you won’t be let down by this iteration. It’s the film arc and all the memorable dialogue you know and love, but it’s presented in a new format and is broken up with new songs and choreography. 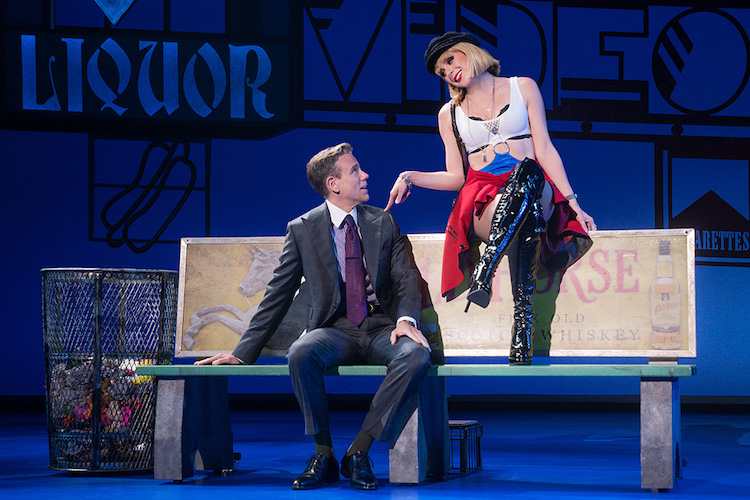 2. The leads hold their own
With the show’s reliance on the script as well as the new infusion of song and dance, Pretty Woman: The Musical requires versatile leads that can sing, dance, act, and hold their own in the comedic sense. If even one of those skill sets were to be lacking in one of the primary actors, it would have been glaringly obvious and extremely distracting. Thankfully, the touring company features two leads who are more-than-capable of holding their own. Up and comer Olivia Valli expertly channeled Julia Roberts’ portrayal of Vivian Ward, then added physicality along with excellent singing and dancing to make character her own. Richard Gere would be proud of the take on Edward Lewis that Adam Pascal (the tony-nominated stage vet who played Roger Davis in the original production of Rent) treated Milwaukee to by way of his brilliant acting and sturdy vocal work. 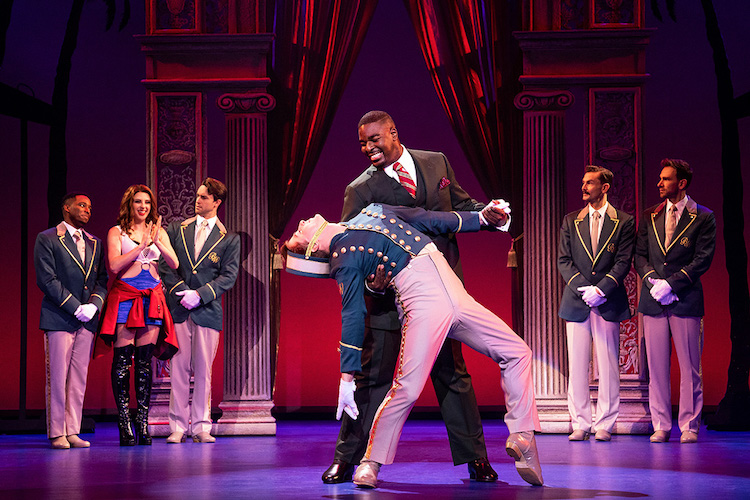 3. The supporting cast steals the show
While Valli and Pascal deserve acclaim for their contributions, we were most taken by members of the supporting cast. As Vivian’s friend Kit, Jessica Crouch wowed show-goers with her astounding singing voice, earned a few laughs, and made the most of her limited stage time. Though he was only credited as the affable and omniscient narrator called “Happy Man” in the program, Kyle Taylor Parker popped up throughout the show, playing two major roles (four total parts, by our count) while offering some top-notch songs, elegant ballroom dancing, and the show’s biggest jokes. Other ancillary actors—especially Amma Osei, who we’ll talk about later—also doled out some of Pretty Woman‘s most memorable and altogether remarkable moments. 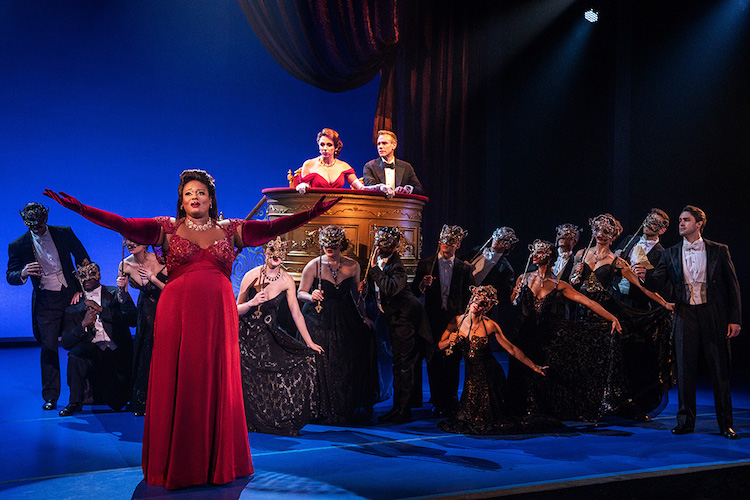 4. The songs shimmer
The major uncertainty we had going into Pretty Woman: The Musical had to do with, well, the “Musical” part. Fortunately, the Music & Lyrics component of the show was placed in the capable Canadian hands of Grammy-winner Bryan Adams (of “Summer Of ’69” and “Have You Ever Really Loved A Woman?” fame) and his writing partner, accomplished songwriter and producer Jim Vallance. You can hear hints of Adams in some of Edward’s songs (one of which has a melody reminiscent of the songwriting duo’s “Heaven”), but most of the music finds the accomplished composers striking out into different territory with fun and winning results. Oh, and there’s a also scene that takes place at the opera, which is a show within the show itself. During that operatic performance, Osei (pictured above) gives the audience the unexpected accent of some powerful and otherworldly vocals.

5. Yes, they play the Roy Orbison song!
If you were worried the musical named after a song would end without a performance of the titular tune by Roy Orbison, we’re pleased to report you’ll be hearing the famous number before the show is over. More than likely, you’ll leave Marcus Performing Arts Center humming the song in between commentary about how much fun you had seeing Pretty Woman: The Musical. Or maybe that’s just us.