Reggie “Da Crusher” Lisowski is known as “The Man Who Made Milwaukee Famous.” Over the course of his 40-year professional wrestling career, the South Milwaukee native and World War II vet was the pride of a region, an influence to untold numbers of aspiring wrestlers, and a WCW Hall of Famer with a heft of title belts to his name.

“Da Crusher” died in 2005, but his legacy will live on when a full-sized bronze statue of his likeness is unveiled this summer on the corner of 11th and Milwaukee in South Milwaukee. The statue is the result of a crowdfunding campaign (launched by Chris Smith) that eventually raised a whopping $40,000. Will the statue site be shaped like a wrestling ring? Yes. Will it have granite turnbuckles? Yes. Will it come complete with a two-day “CrusherFest”? You bet it will.

Here’s the schedule. Beer, food, polka, wrestling. What more do you want? 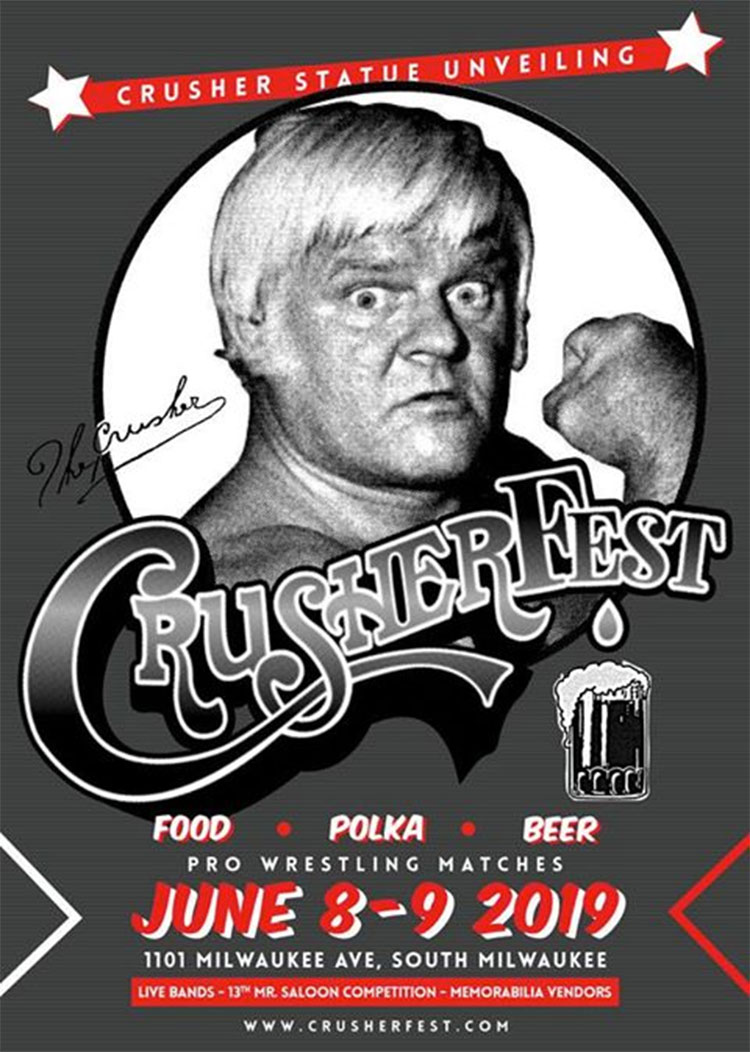