What’s the deal with Weezer? There was the band’s classic 1994 debut (“The Blue Album”), its difficult but eventually beloved 1996 followup (Pinkerton), its belated 2001 return (“The Green Album”), and then…a whole lot of other stuff. There was frontman Rivers Cuomo going off to Harvard and maturing as a songwriter, and then…”Beverly Hills” and an apparent refusal to grow old gracefully. There was the whole “Africa” thing, which we as a nation are still grappling with today. Weezer’s last few albums have had plenty of bright spots (2017’s Pacific Daydreams is a keeper through and through), but aside from the diehards who know how to do that “flying W” hand thing, most fans have apparently written the band off. Here’s a group that has been plugging away for nearly 25 years but doesn’t seem to get any respect. Weezer may very well be the Rodney Dangerfield of the alternative nation set.

Based on Friday night’s sold-out show at The Rave, however, Weezer should be getting oodles of respect. Cuomo and company pounded out a lean 75-minute set that was all killer (six selections from “The Blue Album,” three from Pinkerton) and no filler (sorry, Raditude). They sounded great. They played what everyone wanted to hear. They did a few stunt-y covers that included Green Day’s “Longview” for some reason. Cuomo sang some tunes from the balcony. Weezer was really, really good. 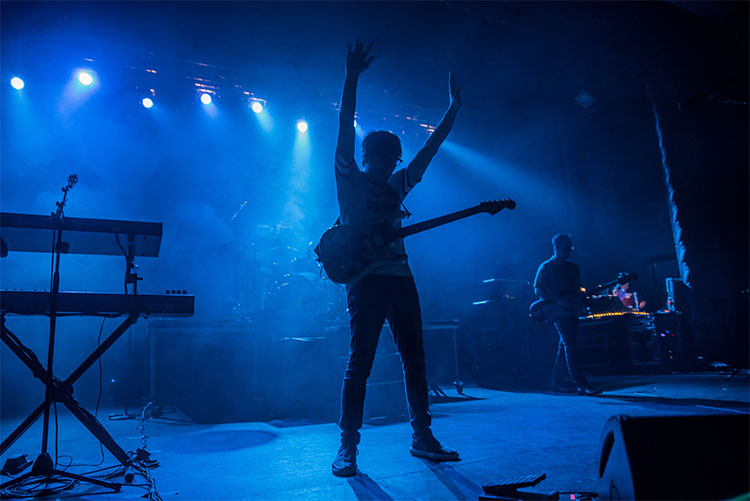 “Who’s at this show?” someone pondered while waiting for said show to begin. “Forty-year-olds? Twenty-year-olds? Teenagers?” The answer, it turned out, was all of the above. Original ’90s fans mingled with millennial-ish fans, while teenagers milled around with a few ear-protected toddlers. It was a uniformly cheery and upbeat crowd, the kind you might bump into at a Weird Al or They Might Be Giants show. 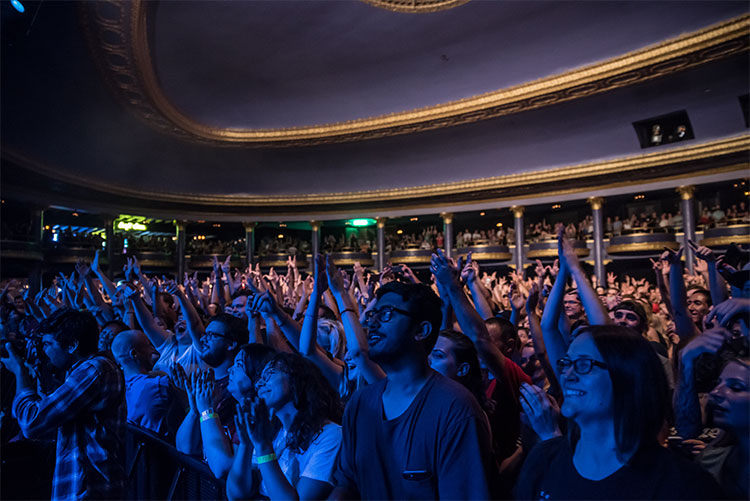 Following a winning set from opener White Reaper, young and old alike lost their collective shit as the five opening “What’s with these homies” notes of “Buddy Holly” sounded out like the theme to Close Encounters. Perhaps in a nod to Milwaukee (or maybe it’s like this every night), the song was also preceded by the Happy Days intro from the video (“Kenosha, Wisconsin’s own…Weezer!”) And then Weezer was off, turning in hit after hit after hit, only rarely taking a moment to chat up the crowd or mix things up. 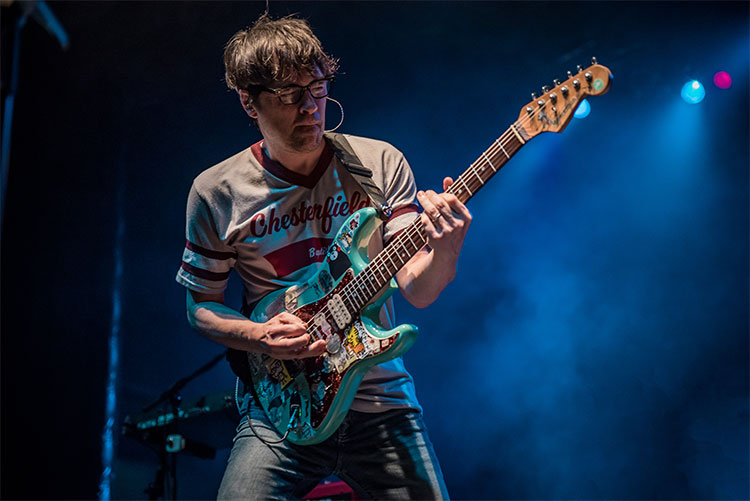 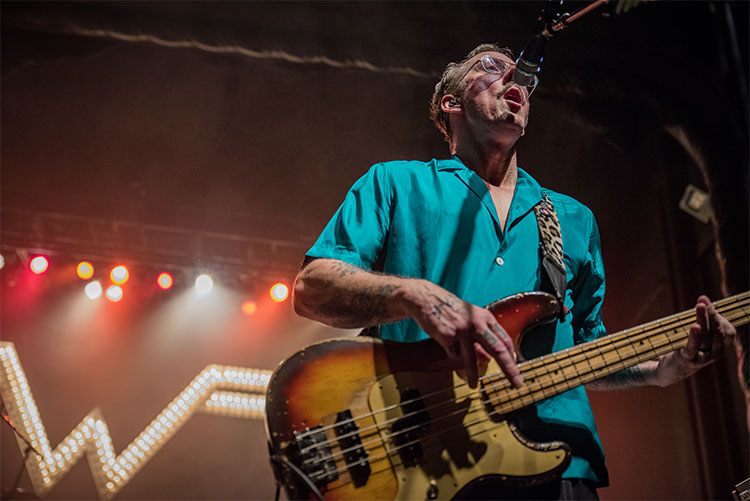 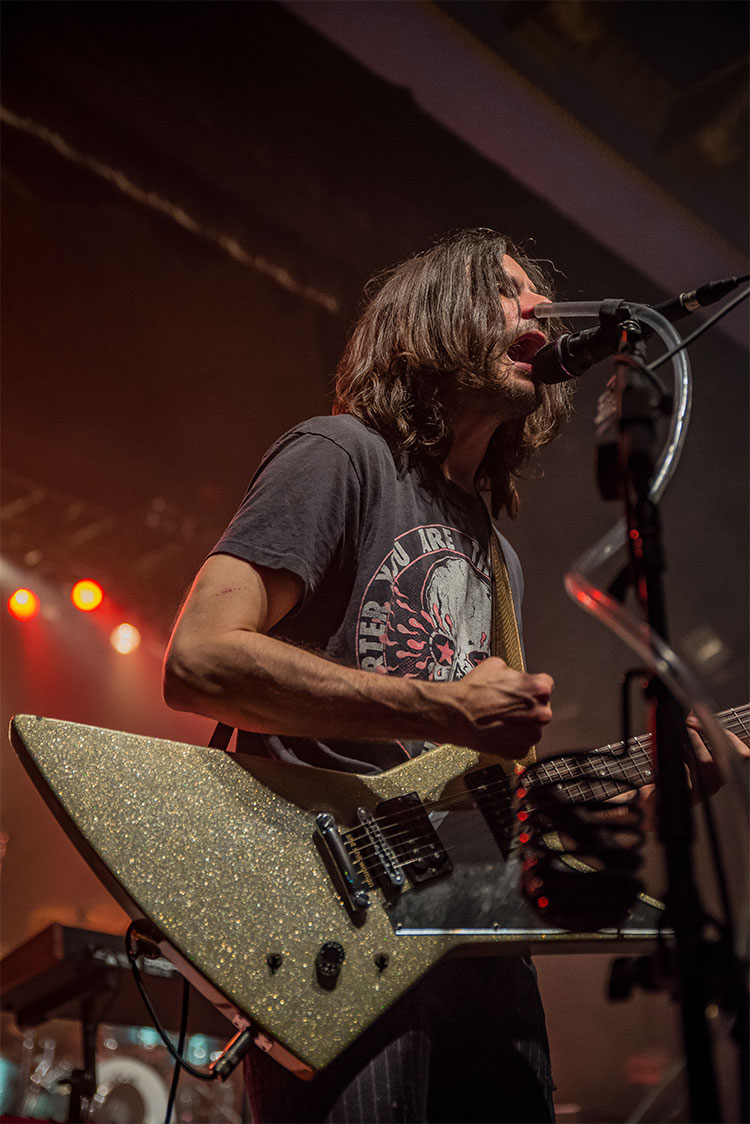 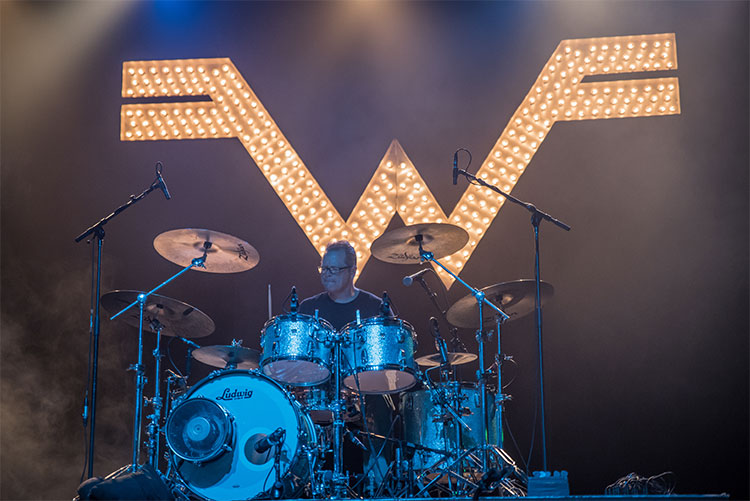 The moments where the band did mix things up, however, were hands-down highlights. Cuomo departed the stage after a “Happy Together”/”Longview” cover mashup, only to reappear in The Rave’s upper balcony. Lit mostly by the crowd’s phones and donning an acoustic guitar, he played “Island In The Sun.” A cover of A-ha’s “Take On Me” followed. It was clearly a pre-orchestrated surprise, but a charming one nonetheless. (An actual surprise occurred earlier, when the stage curtain inexplicably came down in the middle of “Beverly Hills.”)

Beyond that, it was all business. Every performance was a faithful rendition of its recorded counterpart. (Hell, “The Sweater Song” came complete with the opening dialogue.) Lots of guitar picks were thrown into the crowd. A bunch of confetti and smoke blew out from the stage during the “Say It Ain’t So”/”Paranoid” finale. They played “Africa.”

And dammit, what more do you want from a Weezer show? Has the band “matured” in its 25 years? Perhaps, but not too much on the surface. (Cuomo, 48, was decked out in a thrift store baseball T-shirt.) Are songs like “Surf Wax America” and “The Good Life” (and “El Scorcho” and “Pink Triangle” and “My Name Is Jonas” and…) unimpeachable alt-rock classics? Yes. Do Cuomo and Weezer get the respect they deserve? Maybe not, but after all these years, they’re still afloat. 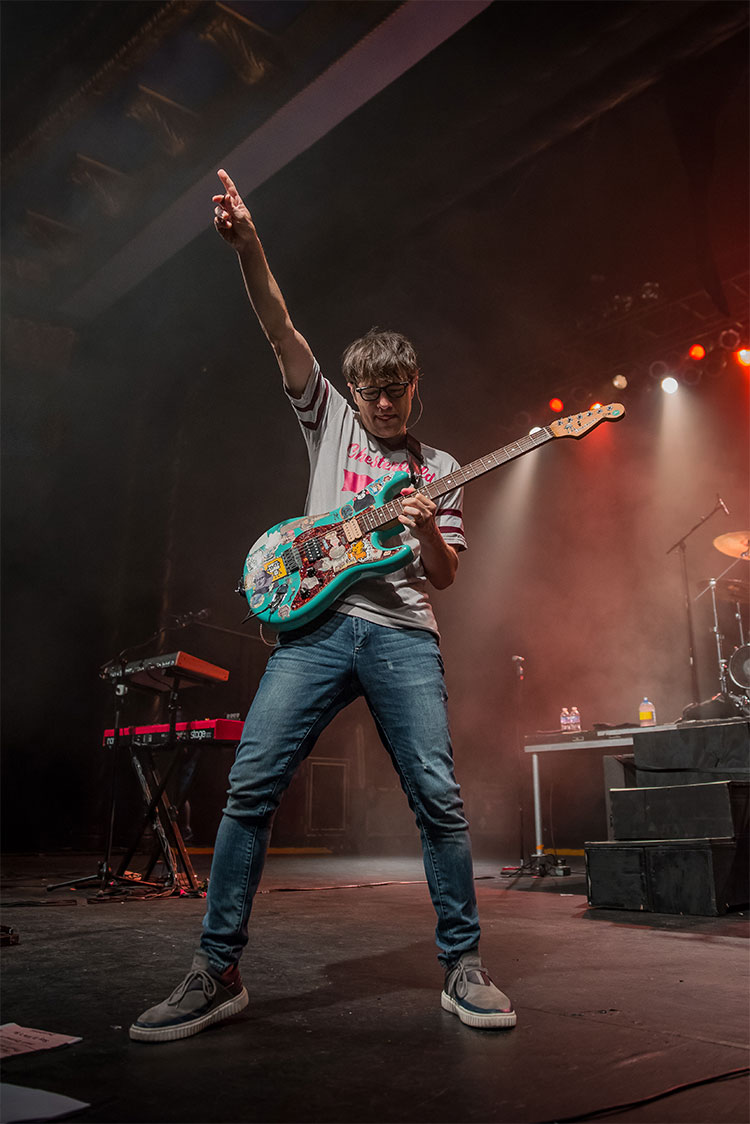 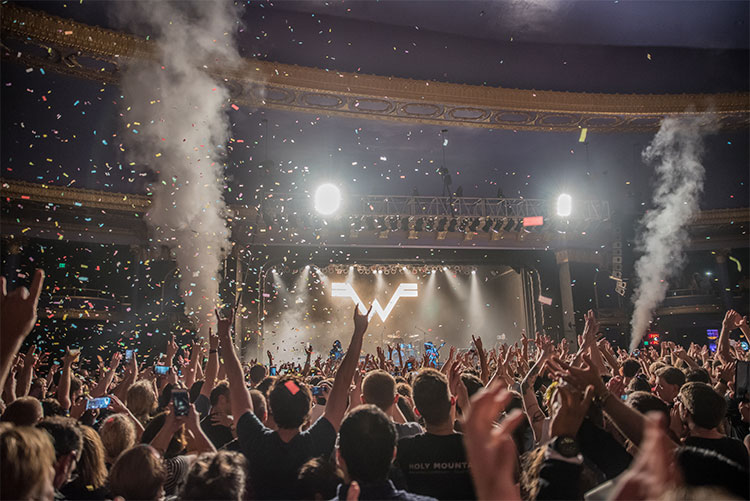