• The last time we checked in on former Saved By The Bell star (and longtime Wisconsin resident) Dustin Diamond, the man once known as Screech was, um, playing Harvey Weinstein and getting stabbed to death in a music video. The gig was timely not only for referencing the just-disgraced film mogul, but for (inadvertently?) referencing the time Diamond stabbed some dude in a Wisconsin bar on Christmas and then went to jail. Talk about capturing the zeitgeist.

Now, roughly one year later, we are pleased to inform you that Diamond will host a ’90s costume contest at On The Border gentlemen’s club on Halloween night. Yes, it’s “Saved By The Border.” For those who remember Diamond’s short-lived “Bayside Bash” parties at Turner Hall, we suspect this event will be similar, but with more dollar bills and exorbitant convenience fees on the ATMs. Happy Halloween, Milwaukee/Franklin. 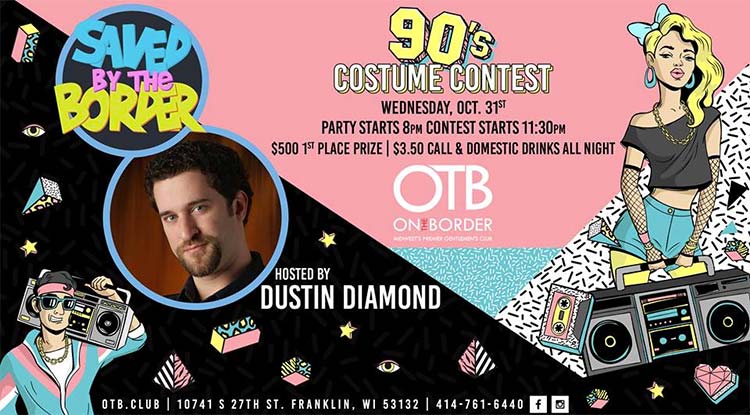 • That Starbucks on the corner of Brady Street is closing. [Urban Milwaukee]

• That Subway on Brady Street is closed. [Urban Milwaukee]

• A new restaurant, Merge, will open in November in the former Yokohama on the East Side. [Urban Milwaukee]

• A new restaurant, Don’s Diner, will open in October in the former c.1880 in Walker’s Point. [OnMilwaukee]