Last October, a two-block chunk of Bay View was transformed into a fall utopia. The inaugural Beet Street Harvest Festival—a collaboration between Goodkind, Palomino, and Cactus Club—brought live music, kegged cocktails, a baking competition, a pumpkin patch, tasty food, crafts and produce, and an inordinately long pie-eating contest to Wentworth and Potter avenues. By all accounts, the first-year fall event was a smashing success, and a welcome addition to Milwaukee’s ever-growing list of festivals. Thankfully, the organizers agreed and decided to bring Beet Street back for another year.

Between noon and 6 p.m. on Saturday, October 14, the Bay View blocks between Cactus Club and Goodkind—and the interior and patio of Palomino—will offer an autumnal mix of baking contests, a pumpkin patch, live entertainment, local vendors, on-site food, craft cocktails made with Skyy Vodka and Four Roses Bourbon, Loon Juice Cider, and beer from Solemn Oath and Pabst breweries. Milwaukee Record will also host a fall edition of our “Broken Up Band Bazaar” sale at Cactus Club during the day, with WMSE and 88Nine DJs providing our soundtrack, before the bar hosts a post-festival after party.

Here’s who’s playing the festival itself and the after party:

As indicated above, each Beet Street affiliate site will feature rare tappings and select canned options from Solemn Oath Brewery. Here’s what will be on hand at Goodkind, Palomino, Cactus Club, and outside on Beet Street grounds:

Phew! That’s a lot of information to chew on, but all you really need to know is there’s a party coming to Bay View on October 14 and you’re invited. We’ll see you there! 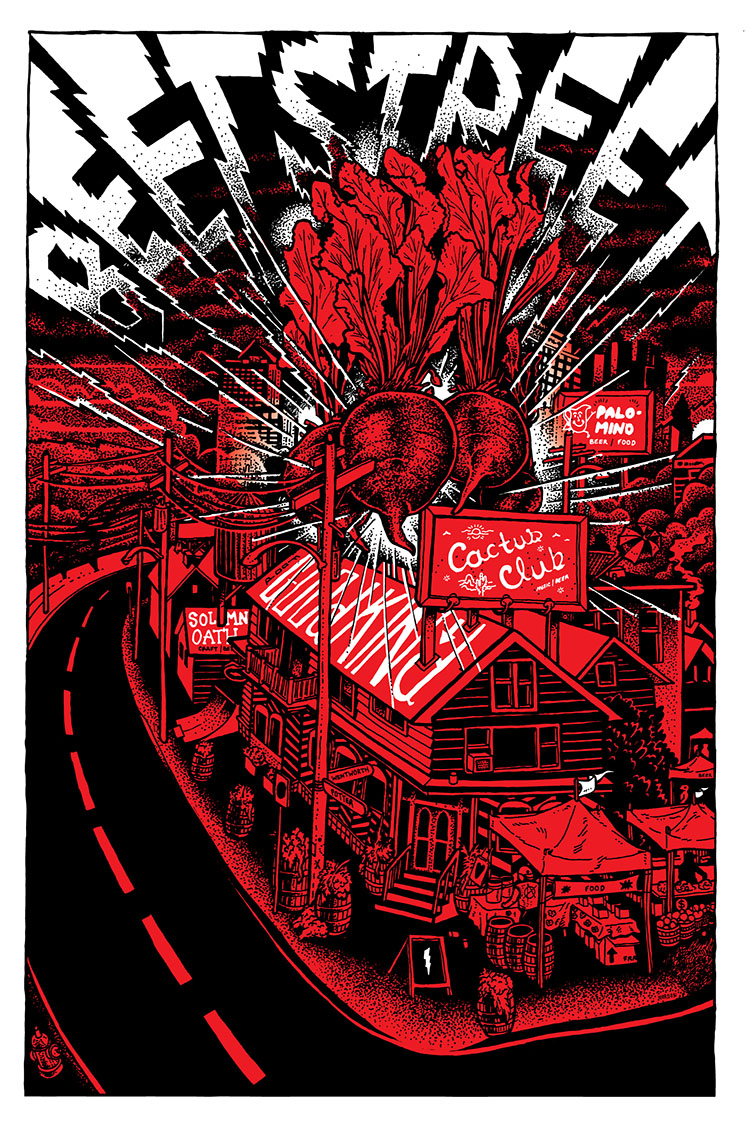