According to the Milwaukee Journal Sentinel, Transit Innovations’ plans “envision running commuter trains along 55 miles of existing freight tracks in Milwaukee and Waukesha counties, and building an estimated 7,000 units of new multi-family housing and other real estate, such as retail and offices.” But, the Journal Sentinel notes, “three knowledgeable observers familiar with the efforts to start commuter rail in Milwaukee expressed skepticism” about the project. Oh well, here’s a proposed map anyway: 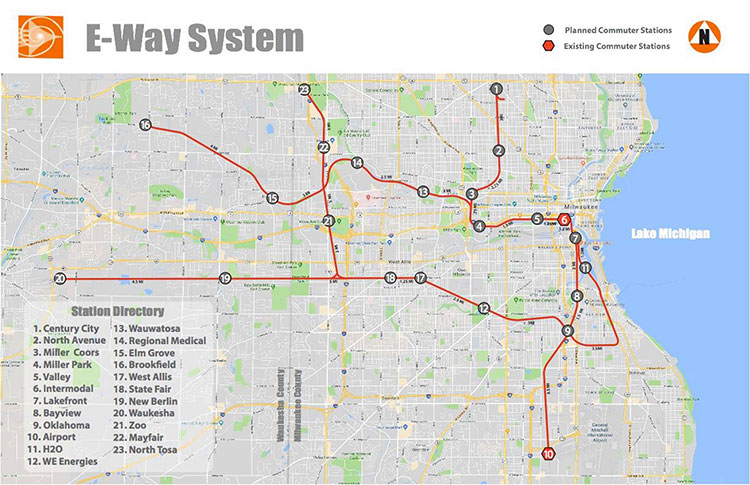 And dig this: a rival firm, Wisconsin Transit & Realty Group, is also trying to make commuter rail a thing in Milwaukee. The plot thickens:

Michael Garven, who in 2015 was president of Milwaukee Passenger Rail, now is vice president of Wisconsin Transit & Realty.

Garven said he split from Milwaukee Passenger Rail about two years ago. He declined to speak in detail about the efforts of his group, but said they are more advanced than those of the rival firm.

“No pun intended, we’re further down the tracks than they are,” Garven said.

And here’s that clip from The Social Network in case you didn’t get the reference. [Milwaukee Journal Sentinel]

• Trapper Schoepp, who has a Bob Dylan co-write under his belt, wrote about that song, “On, Wisconsin,” and other Dylan tunes. [The Bluegrass Situation]