In spite of having an otherworldly starting rotation this season, the Milwaukee Brewers are currently experiencing an incredible no-hitter curse. The Crew’s current no-no drought of 34 years is the longest by a National League team and the second longest in MLB at this point. The last time a Brewers hurler worked nine hitless innings in a game, the Brewers were in the American League and the 36-year-old writer of this very article was a toddler.

Though a few starters tossed no-hitters AFTER their time in Milwaukee was over, the last pitcher to accomplish the feat while wearing a Brewers uniform was Juan Nieves, who held the Baltimore Orioles without a hit through nine frames on April 15, 1987. Many credit Nieves’ no-no as the only one in Milwaukee Brewers franchise history. However, more than a century before that iconic outing, another Milwaukee Brewers pitcher threw a no-hitter during the team’s mere 12-game stint in an ill-fated association that was an official league in Major League Baseball. 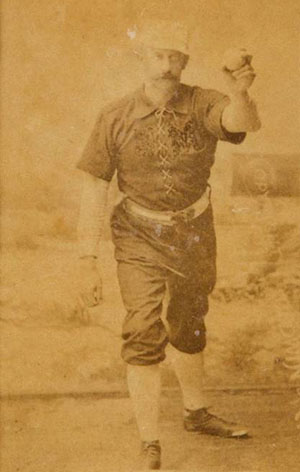 Ed Cushman was born in Eaglesville, Ohio in 1852. His professional baseball career didn’t start until he was 31 years old, when he joined the Buffalo Bisons (then a National League team) in 1883. After going 3-3 with a 3.93 ERA and five complete games with Buffalo that year, Cushman started the 1884 season with a Northwestern League team called the Milwaukee Brewers. It wasn’t the Majors, but the lefty dominated the independent league by posting a 22-1 record, an astonishing 0.61 ERA, and staggering 205 strikeouts in 23 outings. Meanwhile, things weren’t going quite so well for an upstart baseball league with Major League affiliation.

Established in 1884, the Union Association joined the American League and the National League to become the third league at the game’s highest level. The Union Association started its inaugural season that April with eight franchises in its ranks. By the end of May, teams were starting to drop out of the league, and the tailspin continued in the months that followed.

The Altoona Mountain Citys folded and the remainder of their schedule was taken over by the Kansas City Cowboys. The Philadelphia Keystones also called it quits and were promptly replaced by the Wilmington Quicksteps of the Eastern League (who would fold less than a month later). After five months of play, the Chicago Browns relocated to Pittsburgh where they became known as the Stogies before they, too, folded within a month.

By mid-September, the unjustly loaded St. Louis Maroons had already clinched the pennant. Yet five weeks still remained in the season and there were games that needed to be played. Enter the Milwaukee Brewers. On September 27, 1884, the Brewers and the St. Paul Saints—also of the Northwestern League—were brought in to help bring the Union Association’s first…and only season to a close. Milwaukee was tasked with completing Philadelphia’s (and later Wilmington’s) final 12 games.

While he didn’t quite match his gaudy Northwestern League numbers, Cushman’s performance during this extremely abbreviated stint of MLB-recognized play was still very remarkable. Over four starts between late September and mid-October of 1884, Cushman went 4-0 with a 1.00 ERA and four complete games. One of those complete games was truly historic. The unheralded southpaw threw the first no-hitter in Milwaukee Brewers history—and just the 17th recorded no-hitter in Major League history at that point—on September 28, 1884 in a 5-0 win over the Washington Nationals just one day after the team joined the Union Association. The Brewers would go 8-4 during that dozen-game stretch as a big league replacement team.

With poorly planned scheduling, inferior talent (apart from the stacked roster league president Henry Lucas assembled for his St. Louis Maroons squad), and a mass exodus of teams in its first season, the Union Association didn’t last long. In January of 1885, only the Brewers and Kansas City Cowboys franchises showed up to a league meeting hosted in Milwaukee. With that, the short-lived league was over. The Maroons were briefly absorbed into the National League, but folded after a few seasons.

Following his amazing year with the Brewers in 1884, Cushman would go on to pitch four more seasons with the Philadelphia Athletics and the New York Metropolitans—both of the American Association—before calling it quits in 1890. His professional stat line, consisting of a 62-81 record and a 3.86 ERA, isn’t especially impressive by late-1800s standards, but he’ll always have that memorable 1884 season and what both technically and officially counts as the first Milwaukee Brewers no-hitter.

So why don’t people talk about this? Well, after the Union Association ended, so did that iteration of the Milwaukee Brewers. It wasn’t until 1970 when the Major League expansion Seattle Pilots were moved to Milwaukee, where they started a new chapter of the Brewers that had/has its own timeline, its own history, its own records. As confusing as it sounds, when Nieves threw his no-hitter in 1987, that was the first no-hitter in the history of the Milwaukee Brewers franchise as we know it. However, that doesn’t erase the fact that a little-known pitcher named Ed Cushman also threw a no-hitter for a different Major League team (even if it was only for 12 games in late 1884) that was also called the Milwaukee Brewers. Man, baseball is weird sometimes. 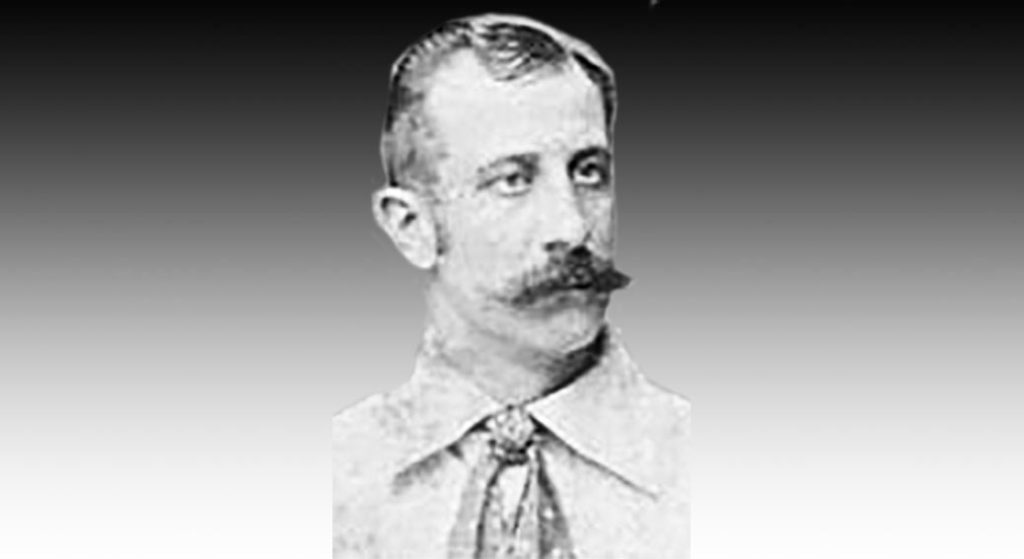