In Search For The Perfect Packers Bar, Milwaukee Record contributor and Green Bay native Maggie Iken sets out to find the best Packers viewing experience Milwaukee has to offer. Catch up with Week 1 and Week 2.

Frank’s Power Plant has been a staple in Milwaukee’s metal community for numerous years, even boasting its own “Metal Monday” specials, including metal trivia, spooky raffle prizes (two weeks ago I won a VHS copy of Street Trash), and much more. I had received word that Frank’s would feature metal bands throughout the night for Monday’s game, and I figured this would be the only chance I’d ever get to enjoy a metal show AND watch football in the same outing.

I am not a metal fan by any standards, but I am capable of recognizing respectable aspects of musicality. That being said, I truly enjoyed the pre-game band, Bask. Maybe I’ve been caught up in the Riverwest folk scene for too long, but I swear this was the loudest drummer I have ever heard. The drummer was no doubt the highlight of the band, and he brought a bell kit as well as yarn mallets for cymbal rolls. Luckily the bar sells ear plugs for $1, which I shamelessly wore despite possibly being the youngest person there. Instead of wincing at every full force cymbal hit, I was able to appreciate it. The band managed to be melodic without being cheesy, which gained bonus points with me. If my observations were correct, the double bass pedal didn’t make an appearance until the last song, and the screaming vocals were kept to a minimum. These two things kept me happy. (And hell, I even liked the band on Facebook.)

As for the bar, Frank’s has won the recognition of the cheapest PBR thus far, coming in at $2 a pint. (This information is good and also dangerous—use it wisely.) On Mondays, Frank’s also has a punch card deal where buying six PBRs will nab you the seventh one for free. I’m typically more of a craft beer drinker, but with marathon events like Packers games, it’s better to go with something lighter. I spent less than $10 during the game.

At halftime, a taco bar was unveiled. I eat tacos multiple times during the week, so this was welcomed with open arms. Frank’s had sour cream (+1), cilantro (+1, and screw all of you who think it tastes like dish soap), and corn tortillas (+1k). Maybe I had three. Who knows? Who cares?

Naturally, there were touchdown shots, and plenty of them. The bartender told me they were called “Packer Piss,” and did not divulge the ingredients. My best guess was pineapple juice and flavored rum, on the weak side. The shots not being strong did not bum me out, as the Packers had five goddamn touchdowns this game.

This was a huge game for Randall Cobb, as he finished the game with three touchdowns and 91 yards. In previous weeks, he was merely another receiver playing second chair to James Jones. Jones managed to top out at 139 yards and one touchdown, justifying his continued relevance. Yards don’t equal points (with the exception of fantasy leagues), so Cobb reigned supreme in week three.

After this win against the Chiefs, the Packers are comfortably at the top of the NFC North. Chicago and Detroit have both lost all three games thus far, and somehow Minnesota has pulled two wins out of their asses (granted they had sub-par opponents). Coming into the night, Aaron Rodgers had defeated every team as a starting quarterback in the NFL except for Kansas City and Cincinnati. Now, he only has the Bengals left.

All in all, Frank’s did a fine job hosting this easy Packers victory. The food was seemingly endless, the music was loud, and the drinks were cheap. It’s the kind of bar where you can make a new friend by the end of the night (my new friend Harold was an older man who respected my love of Cobb but had an appreciation of our injured Jordy Nelson). If you’re not into metal, it doesn’t happen every week during the game. It’s worth checking out. 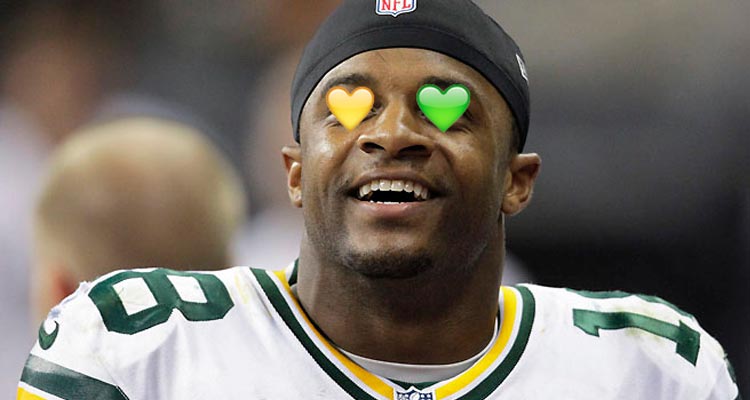