By this point in the season, many of you have probably made it to at least one Brewers game. Even though Milwaukee is blessed to have a Major League franchise, we recognize that sometimes baseball fans would like a little change of pace. And besides, there’s still more than two months of Brewers regular season baseball ahead.

If you’re looking for a new place to catch some innings, but you lack the time and/or the budget to swing an out-of-state vacation to a different big league ballpark, you’re still in luck. Wisconsin is rife with minor league, semi-professional, collegiate, and club baseball teams that offer hardball enthusiasts entertaining on-field action, cheap and occasionally strange off-field promotions, quirky mascots, and dazzling stadiums that are scattered throughout the state.

For those seeking out more options to watch the sport in their own backyard, let this informative list serve as your guide to baseball in the state of Wisconsin.

The parent club severed ties with Snappers in 2004, leading Beloit to be the temporary home of the Minnesota Twins A-ball team from 2005-12. The team has been a proving ground for Oakland Athletics prospects since 2013. The Snappers still play at Harry C. Pohlman Field, which is nearing its 40th birthday. This year’s squad is well below .500, but there’s bound to be at least one or two eventual big leaguers on the roster. If you’re looking for a little extra incentive on top of affordable professional baseball played in a historic stadium, it’s also worth noting that Beloit plays in the same division as the Brewers low-A affiliate (more on that later).

Wisconsin Timber Rattlers
Appleton, Wisconsin has been home to Minor League Baseball since the 1940s. Originally known as the Appleton Papermakers, the franchise became the Foxes in 1963—which they stayed until the conclusion of the 1994 season. In 1995, the Appleton Foxes turned into the Wisconsin Timber Rattlers and they moved to the gorgeous, state-of-the-art Fox Cities Stadium. Over the course of the almost 80-year run, the organization has fielded generations of baseball greats, such as David Ortiz (who met his wife while playing with the team), Alex Rodriguez, Goose Gossage, Harold Baines, Cal Ripken Sr., Bucky Dent, Felix Hernandez, Adam Jones, Boog Powell, Pete Vuckovich, and numerous others. 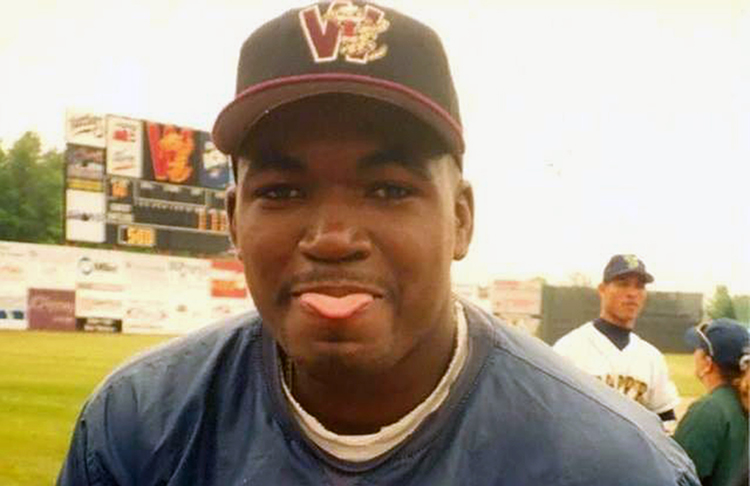 In 2009, the Rattlers shed their longstanding attachment to the Seattle Mariners and became the low-A affiliate of the Milwaukee Brewers. On top giving Brewers fans a place to personally scout prospects roughly 100 miles from Miller Park, the Rattlers also offer tons of outstanding promotions throughout the season. Some of those include concerts (Bush and Our Lady Peace will play a concert on July 26!), enticing food and drink deals, great giveaways, and temporarily masquerading as the Udder Tuggers. Oh, and the team—which is doing pretty well this season so far—is a frequent spot for Brewers players to work out the kinks when they’re preparing to come back from injury. Jimmy Nelson is on a rehab assignment there as we speak.

Eau Claire Express
Out of the 22 teams scattered throughout the Midwest and Canada, a total of nine Northwoods League teams are based in Wisconsin. The Eau Claire Express was established in 2005 and have played in the collegiate summer league ever since. Current Tigers pitcher and Auburndale, Wisconsin native Jordan Zimmerman spent his 2006 summer with the team and is probably the Express’ most accomplished ex-player to date. The team plays its home games at Carson Park. 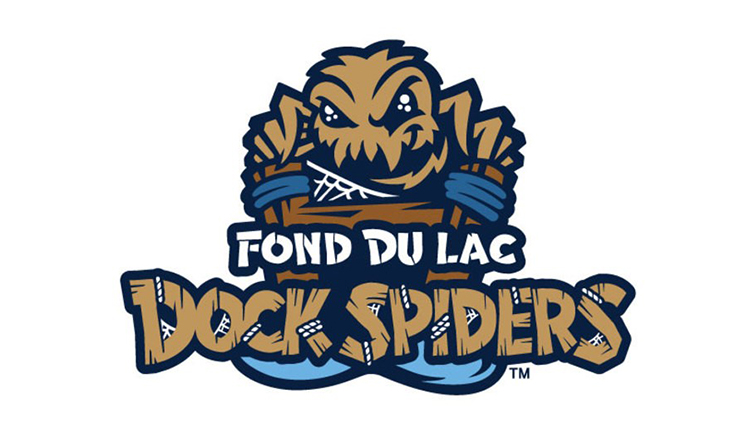 Fond du Lac Dock Spiders
Started in 2017, the Fond du Lac Dock Spiders have quickly made an impression on the league by winning the 2018 title in just their second season of existence. Given the fact they’re a recent entrant in the Northwoods League, the team’s list of notable alumnus is lacking for now. However, the Dock Spiders seem to be a hit at Herr-Baker Field (on the campus on Marian University) and on the internet.

Green Bay Booyah
Speaking of refreshingly strange mascot names, the Green Bay Bullfrogs (a team since 2007) turned some heads earlier this year when they were rebranded as the Green Bay Booyah. With a name that pays homage to a chicken soup and a mascot that appears to be intimidatingly aware of its own deliciousness, the team has effectively (and confusingly) reinvented itself and have brought a few more folks out to Capital Credit Union Park in neighboring Ashwaubenon for fun games, appearances—by the likes of Gorman Thomas, wrestler Ricky Steamboat, and The Sandlot cast members—and giveaways to help hold locals over during the Packers offseason.

Kenosha Kingfish
When the Northwoods League started in 1994, Kenosha was one of the first five cities with a team. That team, the Kenosha Kroakers, had future MLB players like Clint Barmes, Bobby Kielty, and George Sherrill on its early rosters. However, the Kroakers were gone after the 1998 season. Fortunately, the Northwoods League came knocking again in 2014, prompting the creation of the Kenosha Kingfish. The young team is the only Wisconsin-based squad in the Great Lakes East Division, which brings teams from Michigan, Illinois, and Indiana to Simmons Field—the real life former home of the A League Of Their Own-referenced Kenosha Comets women’s baseball team—with regularity. This season has featured an appearance by Packers great Jerry Kramer, post-game fireworks galore, and lots of movie-themed Kingfish bobbleheads in addition to the on-field offerings. 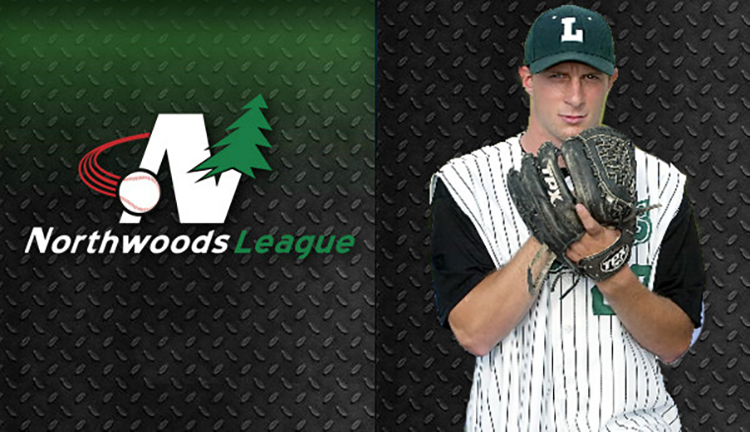 La Crosse Loggers
The La Crosse Loggers, without question, have the most badass mascot. Additionally, the well-established team has a more impressive list of past players than any other Wisconsin team in the Northwoods League. Unstoppable Nationals ace Max Scherzer suited up for the Loggers in 2004. Chris Sale spent the summer of 2008 in the western Wisconsin city. In 2007, long before he went to play in South Korea and prior to winding up in Milwaukee, Eric Thames—in all his lumberjack-like glory—was a member of the team, too. Current Athletics gold-glover Matt Chapman was also a Logger in 2012. Beyond the opportunity to watch future MLB greats, La Crosse also offers amazing specials on food and beers during “Dollars Days,” appearances by Wisconsin sports legends, and Baseball Bingo at the serene confines of Copeland Park.

Lakeshore Chinooks
The Lakeshore Chinooks are in the midst of their eighth season of Northwoods League baseball and they’re currently in the middle of the pack in their division. Beyond the high-caliber play of collegiate standouts at Kapko Park in Mequon, the three-month season also gives fans a number of promotions to help spice up the semi-professional ballgames. Like previous seasons, the Chinooks have a bunch of weird and wonderful giveaways, theme nights, and even an appearance by professional wrestling great Rikish. This season is also being billed as “The Summer Of 19,” as many of the promotions will honor Robin Yount. Check out the full listing of game day promotions here. 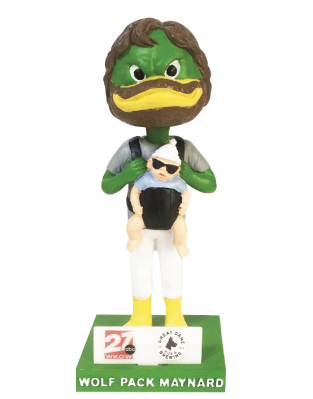 Madison Mallards
The Madison Mallards are kind of a big deal in Wisconsin’s capital city. Madison, which lacks a professional sports franchise, has been the home of the Mallards for close to 20 years. The team’s home diamond, the 7,500-capacity Warner Park, is the largest ballpark in the Northwoods League…and by a wide margin, and those stands are frequently filled with fans eager to have a ducking good time.

The Mallards embark on a homestand later this week. Next month, the team will host the Major League Dreams Showcase (with the 100 best players in the league competing) and they will honor The Hangover with an awesome “Wolf Pack Maynard” bobblehead as part of an August 10 giveaway.

Wisconsin Rapids Rafters
Back in 2010, the Northwoods League made its way to central Wisconsin when the Rafters came to Rapids. A decade later, the team seems to be thriving. The Wisconsin Rapids Rafters are currently knocking on the door of first place in their division. Moreover, the team’s intimate home stadium (Witter Field) treats fans to promotions like appearances from wrestlers and Packers great Nick Collins, dollar dogs and soft drinks on select nights, and giveaways all season long.

Wisconsin Woodchucks
Last but certainly not least, our statewide tour of the Northwoods League brings us to Wausau, where the Wisconsin Woodchucks have played since the league started way back in 1994. Through the years, the team (which plays at Athletic Park) has fielded future pros like Ben Zobrist (summer of 2003) and Pat Neshek (2000), among others. In 1999, the team changed its name from the Wausau Woodchucks to its current Wisconsin Woodchucks moniker. At the time, they were the only Northwoods team left in the state. Fortunately, things have changed and their sustained success has been instrumental in bringing eight more teams to Wisconsin.

If the Brewers and the 12 other Minor League and Northwoods organization teams we’ve listed somehow aren’t enough to tide you over, Wisconsin also has dozens of other baseball options at the collegiate, club, and semi-professional levels. UW-Milwaukee is the only Division I team in the state and UW-Parkside is the lone DII representative, but there are a whopping 21 Division III college baseball programs, as well as an NAIA squad (Viterbo University in La Crosse). Also, Wisconsin has four junior colleges field teams, and there are more than 50 club and travels teams roving the region.

We hope this helps you find your field of dreams in the Badger State. Play ball, Wisconsin!