Earlier this month, news broke that North Shore Legion Post #331 (aka the “Shorewood Legion Hall”) was for sale. Though the fate of the building that’s known for its fish fry and, more so, for serving as an invaluable host site for all-ages shows for much of the 2000s is currently up in the air, it’s unlikely that the property’s owners-to-be will be receptive to the idea of hosting hardcore and metal concerts.

Knowing the space’s days as a venue were numbered, a group of Milwaukee musicians decided to band together to send the Shorewood Legion Hall off in style. In late February, North Shore Legion Post #331 will host one last hurrah organizers are calling The Shorewood Sayonara.

“When Diane, the bar manager, first reached out and told us they were selling the hall, we knew we wanted to book a final show with bands who would appreciate the nostalgia of being in that room,” Knaaves vocalist and Sayonara co-organizer Andy Parmann says. “We started reaching out to friends and realized how much history was trapped in the room—not just of great shows, but great memories centered around a tight-knit community.”

On Saturday, February 23, a total of 11 bands whose members played shows at Shorewood Legion Hall will say goodbye the the all-ages venue between the hours of 3 p.m. and 11:30 p.m. The lineup includes headliner Wings Of Scarlet, along with the first Forever Is Forgotten show in 14 years, and performances by modern Milwaukee metal-tinged mainstays like Knaaves and Ara. Here’s the full lineup:

Advance tickets to this historic event go on sale at noon on Friday, February 1. The cover is $15 (or $20 at the door). Farewell, Shorewood Legion Hall. Thanks for the memories. 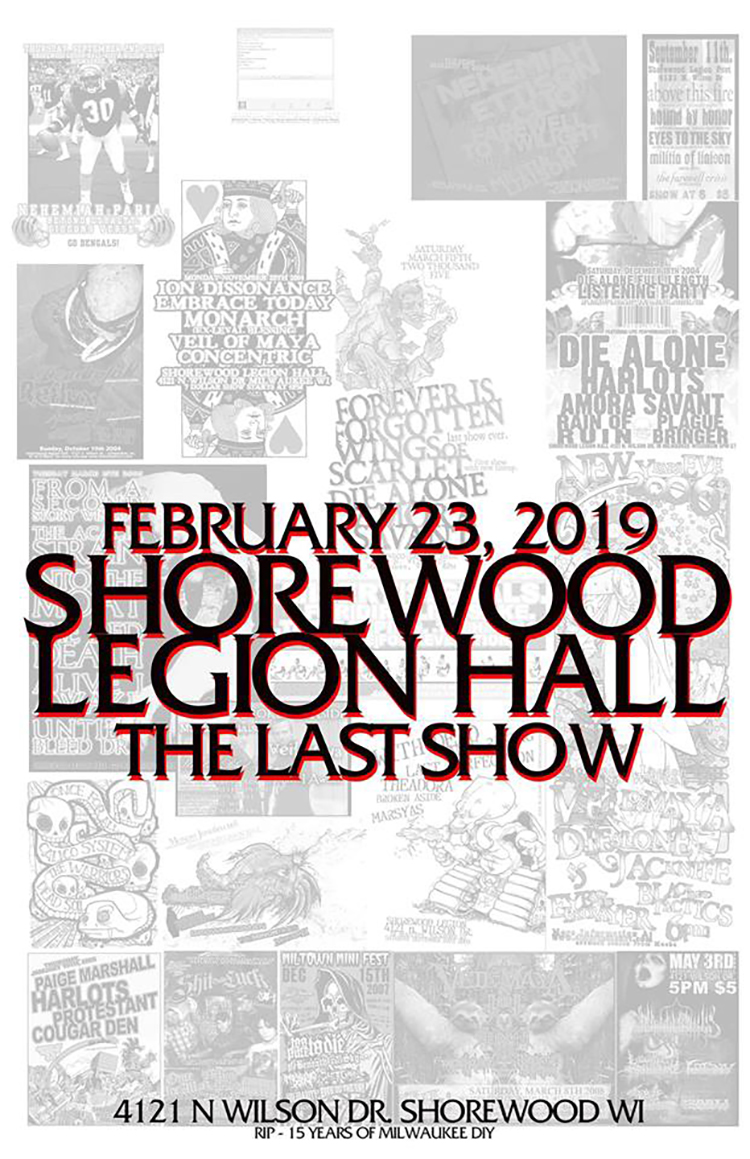