You will not find a more worldly Milwaukee musician than Brett Newski. The well-traveled folk rocker (and former Vietnam resident) hits the road so often and ventures to such distant destinations that he makes the members of Field Report, The Midwest Beat, Direct Hit!, and any tour-intensive acts in town look like a bunch of homebodies. Shortly after telling us about the great times and “soul-crushers” he’s experienced on the road, Newski set out to Europe for a 11-week, 73-show tour. As the lengthy jaunt—which found him having his merch stolen in Belfast, getting ripped on “Space Cake” in Amsterdam, and sharing the stage with Rocky Votolato numerous times—draws to a close and he prepares to return to the states to release a new cassette at Linneman’s on June 18, Newski reached out to Milwaukee Record to give us some takeaways from his time in Europe.

Last week I was squatting in an attic in Amsterdam, peeing in a jar in the corner. I tip-toed down the saggy wooden “Oliver Twist” stairs so the landlord wouldn’t find me out. It was cold, but at least I wasn’t sleeping in a pube-infested punk house in Kansas City.

It’s been the best tour so far. People are coming to the shows, the album is selling, and best of all, I haven’t ingested any high fructose corn syrup in nine weeks. That shit is illegal here. Europe for president of the USA!

Today in Germany, I went for a massage and was offered a hand job. My back was facked from carrying 200 pounds everyday. But fixing my back required non-penis therapy. When I told the small Thai lady she didn’t have to give me a hand job, she was elated—totally through the moon with joy. Apparently in Berlin it’s standard to receive a wristy, jibber or deluxe wristy-jib combo with purchase of any Thai massage. I simply went home, watched ANVIL: The Story of Anvil on DVD, and finished the job myself. 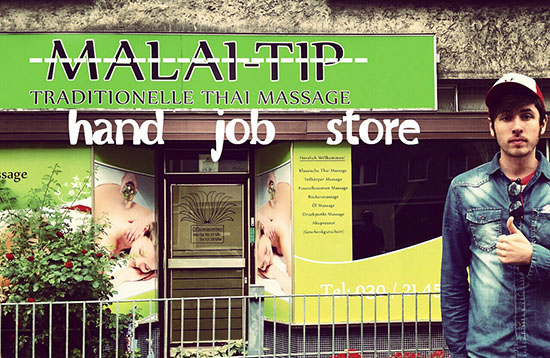 In other news, lots of non-soul crushers happened on this tour: [Hot Water Music singer] Chuck Ragan came to my show in Berlin, my friend then named his dog Chuck Ragan, then we got drunk with Chuck Ragan the man, not the dog. That was the highest of singular honors. Chuck recited back the lyrics to one of my songs and let me drink all his beer.

Europe is immaculately clean; people don’t litter, there’s no Taco Bell, and its super difficult to get stabbed. Maybe I’ve toured the sleepy backwater of America too much, but the two most consistent variables for band lodging in America are A) cats and B) pubes.

So in the most cliché of all backpacker maneuvers, I have moved to Berlin for two weeks. Here I will write & wait for the final few shows before returning to Milwaukee town. We’ll finish this 10-week “American Folk Armageddon” tour with Rocky Votolato (below) and end solo in Norway. Also, our merch was stolen in Belfast. If you’d like to boost morale, you can grab an album or buy us a sandwich here. 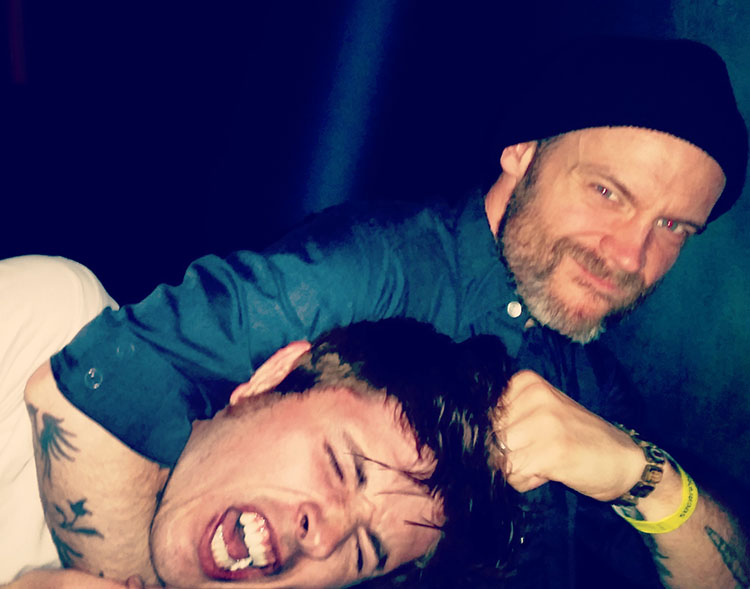