Back in the spring of 2020, we introduced you to Mertles Acres. The pop-punk project—which was started by Direct Hit!’s former rhythm section, multi-instrumentalist Steve Maury and drummer Danny Walkowiak—announced its presence with a self-titled debut album that featured 10 tracks worth of punchy percussion, warm guitars, and an underlying ’80s aura that subtly nodded in the direction of Angels & Airwaves (in all the right ways).

Though the pandemic didn’t allow the young project to support the April 2020 release in any tangible way, Mertles Acres resurfaced last year with a handful of live shows, two additional members, and some great new material that expanded upon that impressive debut record. Earlier this week, that material was formally released in the form on the band’s new EP, The American Dream.

The six-song effort was recorded by Erik Atwell and Alex Meylink at Stillwave Studios and was mixed by Pete Grossman at Bricktop Recording in Chicago. It kicks off with “Alright,” an uptempo number that finds Maury’s vocals at their catchiest levels to date. Having doubled in size since the last album, Mertles Acres brings about a decidedly “bigger” sound as new guitarist Mike Muse and bassist Robbie Schroeder make their presence known on booming and boisterous tracks like “Crumbling” and EP standout “The City.”

With a soaring, summer-suited sound and a sub-20-minute runtime, The American Dream is meant to be listened to loud and on repeat. You can hear Mertles Acres play songs from the EP on Saturday, June 11 when the band opens for Nerf Herder at X-Ray Arcade. You can also stream The American Dream in its entirety below.

In addition to the new Mertles Acres album, Maury’s guitar pedal company (Cannon Pedal Co.) is raising money for an area organization that assists the unhoused population in Milwaukee. Every $5 donation is good for an entry in a raffle to win a custom “Fuzz Goals” guitar pedal that’s inspired by—and released in collaboration with—the anonymous artist responsible for those “Have Goals” stickers that are plastered all around town. All raffle proceeds will be donated to Repairers Of The Breach. 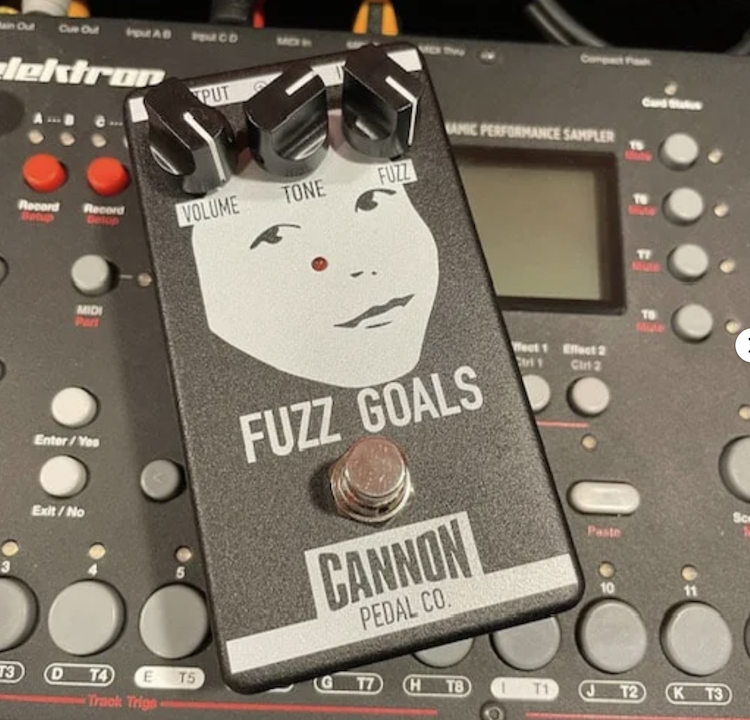