On the heels of his latest album, Budding Ornithologists Are Weary Of Tired Analogies, Rory Ferreira, a.k.a. Milo, rapped for a sold-out crowd at Cactus Club Thursday night. Milo has dubbed this tour “MILO’S FINAL US TOUR.” It’s certainly a bittersweet tour for fans of Milo’s poetic art-rap. Milo played in Madison on Wednesday, and on Friday he’s scheduled to play at the Empty Bottle in Chicago.

Milo’s connections to the Milwaukee area have followed him throughout his career. He studied philosophy at St. Norbert and he spent time as a child in Kenosha. One of his first albums, Things That Happen At Day // Things That Happen At Night, features a song titled “Kenosha, WI.” The ties Ferreira has with Milwaukee made his last show at Cactus Club that much more sentimental.

The first song Ferreira played was from another one of his aliases, Scallops Hotel. “Bookoo Bread Co” was accompanied by Randal Bravery. Bravery would play a sample and Ferreira would rap over it; the chemistry between the two was exciting. Cleary the two have been friends for a long time as they laughed and drank Red Stripe on stage.

Milo’s show at the Cactus Club was intimate. Ferreira’s deadpan humor between songs broke the ice, but real vulnerability was shown right before he rapped “Deposition Regarding The Green Horse For Rap.” “I wrote this when I was waiting for trial after I caught a case,” he said. When Milo virtually screamed “You’re wack and it’s all your fault!” his chest was forward, exposed to the crowd of his hometown. It takes guts to be vulnerable with a crowd, but Milo owned it and the crowd at the Cactus Club rocked with it. Packed from wall to wall, almost everyone was moving to the cadence of Milo’s poetic prowess on the mic.

Rory Ferreira grew up in the Milwaukee area and he gave Milwaukee the show it deserved: a mesmerizing performance by a well-versed lyrical artist whose sharp beats brought just about every crammed body in the Cactus Club to movement. Milo gave an intimate show to the crowd who supported him when he was young. As disappointing as it is to see “MILO’S FINAL US TOUR,” Ferreira showed the Cactus Club one last good time as “Milo.” He even offered one bit of hope: “Rapping forever is the name of the game.”

If Ferreira comes back with a new alias or project, it won’t be one to miss. 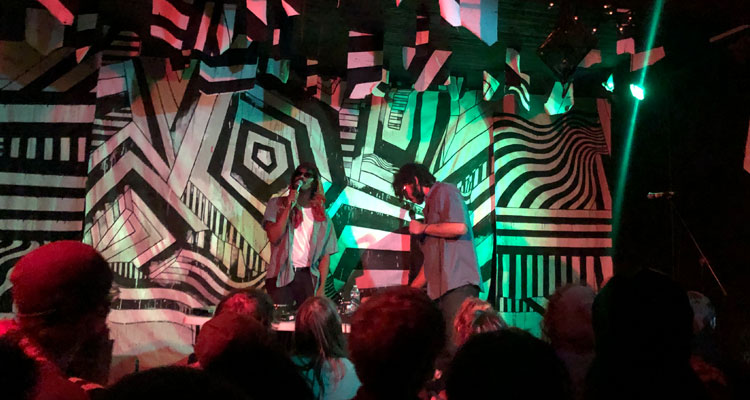