When he’s not keeping a close and disapproving eye on the miscreants in Masked Intruder or spending time reviewing donuts and interviewing comedians for us, Officer Bradford is encouraging people to have a positive body image. Between the oft-revealing outfits he wears while on the punk rock patrol or the supportive fun he offers Milwaukee as one half of the long-running Pants Off Dance Off event, the fictional cop isn’t afraid to show people he’s comfortable in his own skin.

“I love showcasing bodies of all varieties—very much including my own,” Bradford says. “But we’re in a climate where people with bodies like me are harassing, and attacking, and legislating against the bodies of others. I wanted to do something positive to combat that, and the best way I could think to do that was to create some campy smut.”

With the help of photographer Bambi Guthrie, Bradford put on some interesting outfits (or wore nothing at all) to strike some poses at a variety of area locations. The final product of the two-day “guerrilla-style” shoot is something to behold. 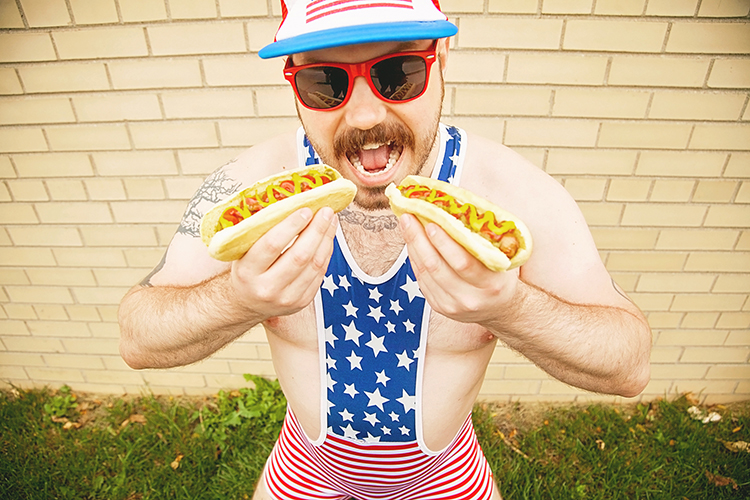 “When he asked me to help out, I immediately jumped at it because it sounded fun and he’s always a really positive person,” Guthrie says. “I photograph nudes on a very regular basis, so it wasn’t weird to me. But this was way more fun than normal things I shoot.” 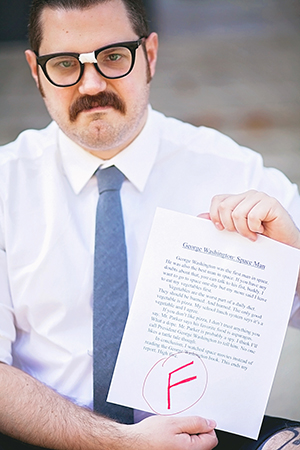 “Bradford The Calendar” features 12 glossy and titillating photographs (14, including front and back cover) of pop-punk’s premier police officer wearing a wide variety of costumes (or nothing at all) and engaged in some humorous themes and steamy poses.

Thanks to the generous support of sponsors, printing costs were covered. As a result, all proceeds from sales of the $20 calendar will be donated to Planned Parenthood.

“It’s a really important time to stand up and say ‘Your bodies are you own.'” Bradford says. “It think Planned Parenthood is a great organization that supports people that don’t have support in wider society right now.”

If you’d like to spend 2019 getting to know Officer Bradford (and support Planned Parenthood in the process), you can purchase “Bradford The Calendar” here, or buy one from him anywhere he’s performing or working. 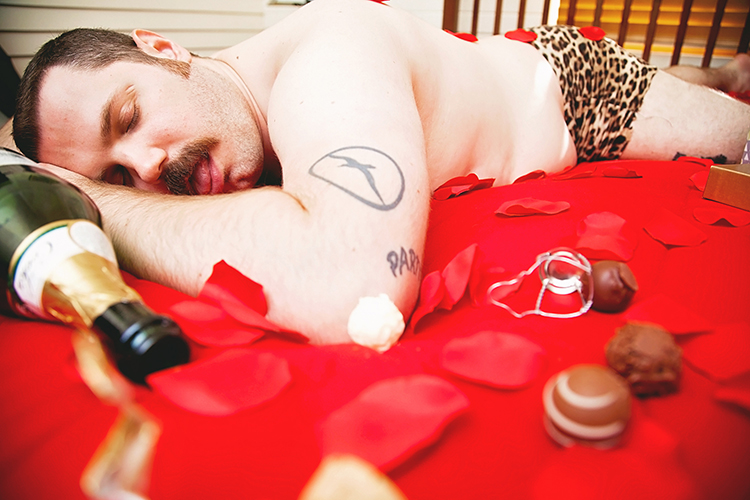