It’s a tough job, but somebody has to do it. Since being “court appointed” to the position about four years ago, a Milwaukee man who goes by the name Officer Bradford puts on his uniform—jean shorts, a fanny pack, a baton, and station-mandated mustache—and spends more than 200 days of each year on stages throughout the country and all corners of the globe making sure Madison pop-punkers and resident rapscallions on the Fat Wreck Chords roster Masked Intruder stay in line with the law. Such is the life of a civil servant.

When he’s not on the road, Bradford co-organizes Pants Off Dance Off, a monthly underwear dance party that celebrated its second birthday last October. While Masked Intruder is in the recording studio and too busy to cause any serious trouble, and prior to Saturday’s PODO Pajama Party at Riverwest Public House, Officer Bradford told Milwaukee Record about his punk rock patrol, how he and his ski-masked adversaries are received overseas, and why he felt he needed to make out with Kyle Kinane the last time the comedian was in town.

Milwaukee Record: Other than your court appointment, how did you get lined up with the guys? Did they come to you with the idea or did you realize there was an opportunity to add to what they do?

Officer Bradford: It was really out of my hands. The judge on their case put me on the assignment. I don’t want to hang out with those dudes. I don’t think anyone really does. They’re a menace to the public, to be quite honest. You’ve seen their shows.

MR: Yeah. They boast about how they have knives and talk about going on crime sprees.

OB: They promote crime. Their main tagline is “Legalize Crime,” which, believe it or not, I actually back because it would be a lot less paperwork for me.

MR: You obviously oppose what they do, but it seems like after a few songs, you tend to get into the show. You go from begrudgingly being there to getting in on the fun.

OB: Parties can be infectious, especially if I get a little whiskey in me. Don’t tell sarge about that. But yeah, I’ve been known to get a little sauced and get swept up in the moment.

MR: Is this your first assignment out of the academy? If not, what are some other assignments you’ve had on your beat?

OB: I was a gaffer on Too Hot For TV. I don’t know if you remember that. It was a pretty unorthodox assignment. That’s where I got a lot of my training, actually. Like how to properly remove tearaway shorts.

MR: How long have you been on this case?

OB: I think about four years.

MR: Over the course of that length of time near the band, have you ever even gotten a hint of their identities? Like, have they ever taken off their ski masks or pulled them up for anything?

OB: No. It’s weird. They never take them off. It makes it really hard for border crossings.

MR: How often are on the road? I mean, I know it kind of depends on the album cycle, but how often have you been gone the past year or two?

MR: I assume most of that is within the continental U.S., but I know you’ve also done a bunch of international stuff, too. Where are some of the more notable places this job has taken you?

OB: We’ve done Europe a few times, all of Canada, Mexico—just Tijuana once—and Australia. We actually just got back from Japan not too long ago.

MR: How did that all go over, between the guys’ masks and your presence as a police officer? You were well out of your jurisdiction, so were you worried that you wouldn’t be as effective at doing your job overseas?

OB: Yeah. For the international shows, I don’t particularly have jurisdiction. I’m more there to make sure the boys don’t get into too much trouble. But it goes over great. The Japanese shows were awesome. We definitely want to get back there as soon as we can.

MR: From the time in Australia and Asia and the one show in Mexico, are there any incidents that stand out, where they either didn’t get it or they were so into it and went along with it?

MR: Yeah, leave that for INTERPOL.

MR: With your proximity to the band, I’m sure you can tell us what they’re working on right now and when they’re going to put something out.

OB: They’re actually in the studio right now working on a short release. It’s kind of up in the air on when that will be out, but it’s being recorded right now as we speak.

MR: It seems like you’re willing to go deep undercover for the good of your assignment. When Kyle Kinane was here, I heard you were hanging out with him and kissing him backstage. You’re willing to go above and beyond in the line of duty.

OB: It’s true. Mr. Kinane is a well-known ally of the punk community, so I had to get some information out of him…the hard way.

Milwaukee, I don’t think the word “hospitality” encompasses what I’ve experienced. So much whiskey and @OfficerBradford open-mouth kisses…

MR: How do your brothers on the force react to you at shows? Do they enjoy it or have you ever been encountered by an upset cop?

OB: I’ve definitely met a lot of cops in the crowd and it’s either very enthusiastic or just complete and total anger. There’s not really an in-between.

MR: I want to get into what you do when you’re off duty. You’re one half of the Pants Off Dance Off. Didn’t you just have your anniversary in November?

OB: October is our birthday. We just celebrated our terrible two. That started when my friend Claire Dactyl, the other half of Pants Off Dance Off, said she would spin at Sabbatic and she was always looking for different ideas for what to do. She just jokingly said “pants off dance off” one night, and I showed up in my underwear. It was born from there. 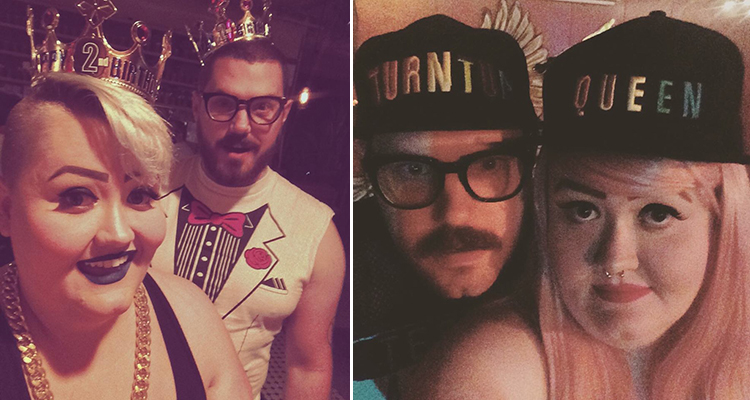 MR: How has the concept evolved over time? I mean, it seems like you’re getting some really good turnouts and it’s becoming more revealing as it goes.

OB: What started as a joke between us two has grown into what we both needed out of Milwaukee. That was a safe space for all different kinds of people to dance and just go wild and be themselves.

MR: After this long, is there anywhere you’ve wanted to bring to the concept that you haven’t been able to yet? Like, is there any thought of a full-on Underwear Off Dance Off?

OB: I don’t know if we want to go that far. I am a man of the law after all. But we have talked about taking it on the road and bringing it to different cities on a tour. We have tons of ideas up our sleeves for different themes and how to keep it fresh. 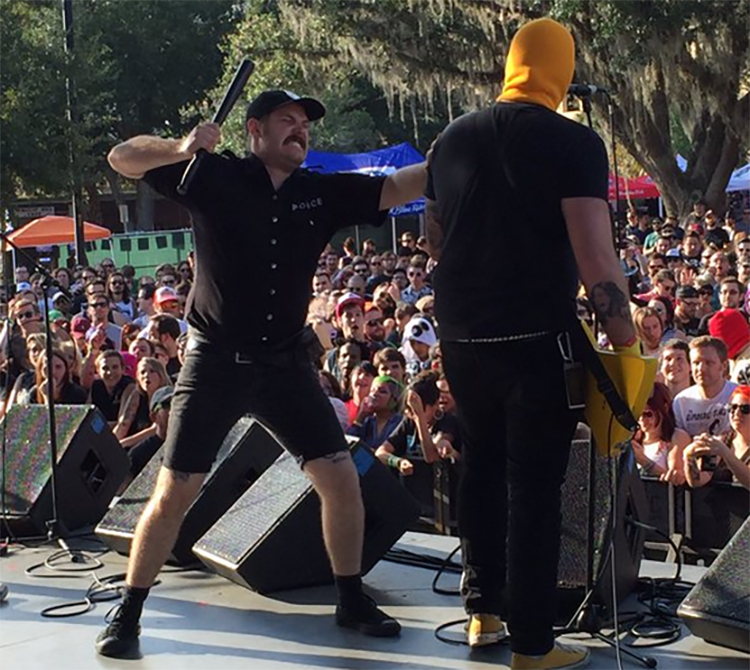