Milwaukee is home to many musicians, engineers, and producers who focus their efforts on working primarily with artists within the city itself. Those seeking to apply their talents to helping artists on a national level usually opt to relocate. However, some continue to call Milwaukee their home while spending a considerable amount of time away from it. Guitarist Brad Clifford is one of these people.

Following his role as guitarist for Since By Man, Clifford went on to play for metalcore giants Poison The Well and, more recently, the short-lived Milwaukee hardcore band No Future. While playing music was his first love, Clifford decided to try his hand as a touring guitar tech after Poison The Well’s 2010 hiatus.

After searching for possible touring opportunities, Clifford was met with a well-timed brush of good fortune.

“The guitarist of Circa Survive randomly called me, like ‘Hey man, are you still available to do that tour coming up?’, thinking that someone had already talked to me about teching for them, which they hadn’t. A week later, I was on the road with Circa Survive, Coheed And Cambria, and Torche.” 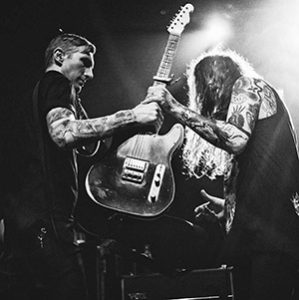 Clifford handing a guitar to Against Me!’s Laura Jane Grace

With almost a decade’s worth of teching under his belt now, Clifford commonly works with a variety of national and international touring acts, most notably Against Me! In the past, he has also worked for The Gaslight Anthem, Mastodon, and Taking Back Sunday. While teching takes up much of his time, Clifford has recently returned to the role of guitarist in his latest project, Love And Pain. Formed a few years ago with his partner, artist and musician Natalia Czajkiewicz, Love And Pain trades the loud and aggressive sounds of Clifford’s previous endeavors for something more melodic.

“She told me that she wanted to start a dark doo-wop band, which sounded like something I’d be interested in doing,” Clifford says. “From there, I wrote “Lost My Mind,” which is a very classic kind of chord progression for music of that era.”

“At the time, Brad wasn’t working on any specific bands or projects, and we talked on and off about singing or playing on each others songs,” Czajkiewicz says. “I’m very drawn to ’60s groups and music gear of that era, but also really inspired by people like PJ Harvey and Nick Cave. I think ‘dark doo-wop’ was just kind of a way to sum all that up when trying to give him a place to write guitar parts from.”

Work began, and in a short matter of time their first few songs took shape. The biggest difference in the process had to do with geography, as Clifford lives in Milwaukee, while Czajkiewicz lives in Seattle.

“The process is different for us because we live in different cities, which I hadn’t done before,” Czajkiewicz says. “He’s the person I’m closest with in many ways, so writing together can be incredibly vulnerable. It was really exciting, mainly because we realized we could write together and it worked.”

After demoing songs on their own, the duo decided to collaborate with engineer Marc Hudson at his Rancho Recordo studio to record their debut EP, Shivers.

“He has a studio in Michigan that’s in the woods at the end of a cul-de-sac,” Clifford says. “He’s very knowledgeable about most anything, especially when it comes to music and production.”

“The space is amazing. It feels like a magical isolated cabin in the woods that is also a beautiful studio,” Czajkiewicz says. “We recorded there in March and there was still so much snow. It really set the vibe to be fully immersed in working on our songs.”

The focus and work shows in Shivers’ five tracks. Love And Pain’s debut boasts slick and spacious production, and a maturity that many acts only find after a few cycles of writing. “Song For Rose” shows the group’s knack for blending classic pop songcraft with darker and moodier aesthetics, with haunting distant backing vocals accompanied by driving stomps and claps. “Lost My Mind” is, as Clifford says, a clear homage to the girl group era, featuring Spector-esque castanets and a slowdance-ready 6/8 time signature. Closing track “Little Bones” finds the group playing to their strengths, with Clifford offering tasteful lead guitar work and Czajkiewicz belting out her vocals with a melancholic intensity.

Love And Pain eludes being a simple throwback act by avoiding the Psychocandy blueprint that many of their contemporaries choose to follow. Instead, they offer honest and well-crafted songs that feel timeless.

With Shivers being released just two months ago, the next logical move is to play the songs live.

“We’re currently trying to figure out how to do it live, and just doing it with us two isn’t what we want to do,” Clifford says.

Here’s to hoping we see Love And Pain on a stage in Milwaukee sometime in the near future.

“I think we have a band mostly figured out in Seattle, and hopefully we’ll find a way to translate that to shows soon,” Czajkiewicz says. “We are dying to do it live, especially in Milwaukee.” 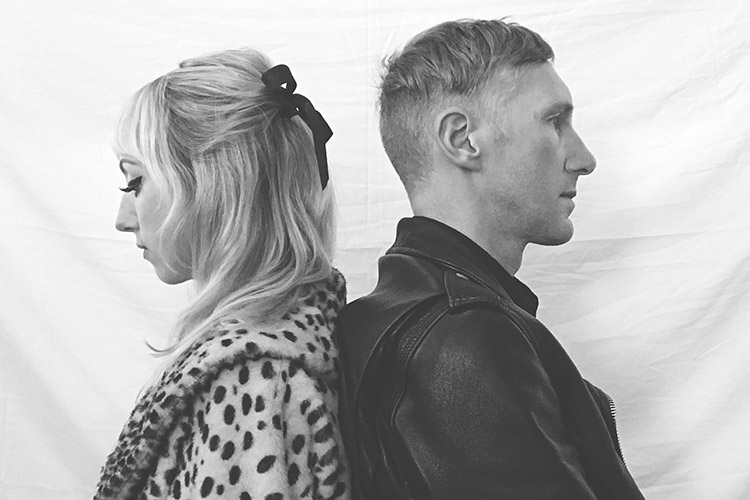