Back in July, we made a pilgrimage to the Oak Creak Woodman’s and braved blistering temperatures, an endless line, and a runaway trash can to get a bottle of EFFEN Vodka signed by 50 Cent. We left feeling tired and confused, yet still excited to get a glimpse of our picture with 50 (it turned out pretty well!) and, of course, to recount the whole ordeal the next day on The Morning Blend.

Also in line that fateful day, waiting patiently for his chance to hold a pre-signed bottle of vodka alongside the creator of Get Rich Or Die Tryin‍’, was Scrimshaw frontman Robert Thomas. But while we’ll cherish our 50 Cent vodka bottle for years to come, Thomas decided to do something else with his prize: drop it on the ground and smash it, a la Chinese artist Ai Weiwei’s 1995 triptych, “Dropping A Han Dynasty Urn.”

With the help of photographer/artist/musician Nick Wieczorkowski, Thomas recreates Ai Weiwei’s piece perfectly. Like Scrimshaw’s “Donkey Venom,” it’s all right there: the black and white imagery, the mid-air flight, the blank look to camera. Here’s a comparison: 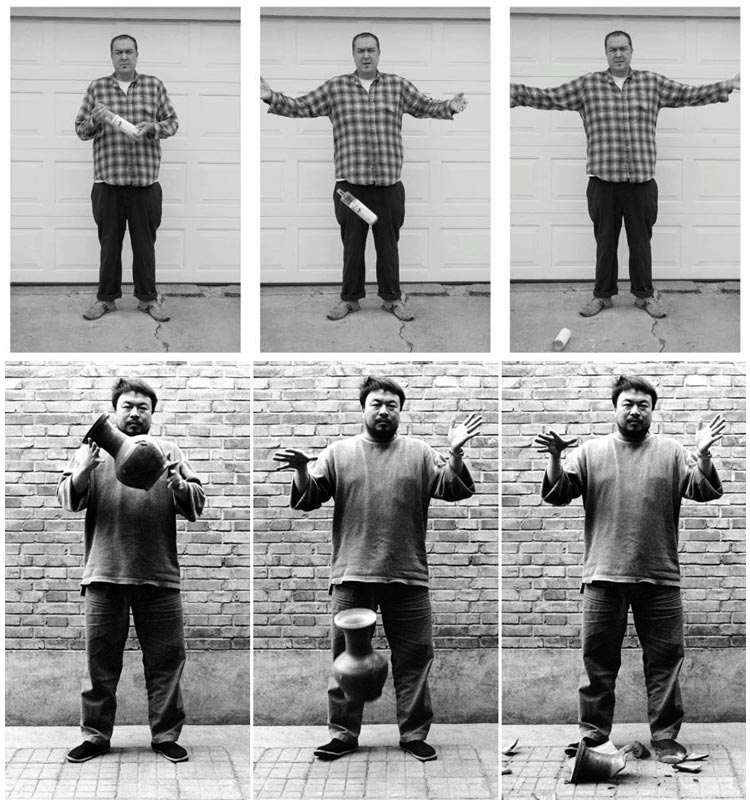 Thomas offers up a no-nonsense explanation for his homage: “After having gone through the three-hour spectacle of waiting in line in a grocery store parking lot in Oak Creek, Wisconsin to have 50 Cent sign a bottle of vodka, and having seen Ai Weiwei’s photograph of himself dropping a Han vase, I wanted to do the same and drop a part of new American-priceless.” 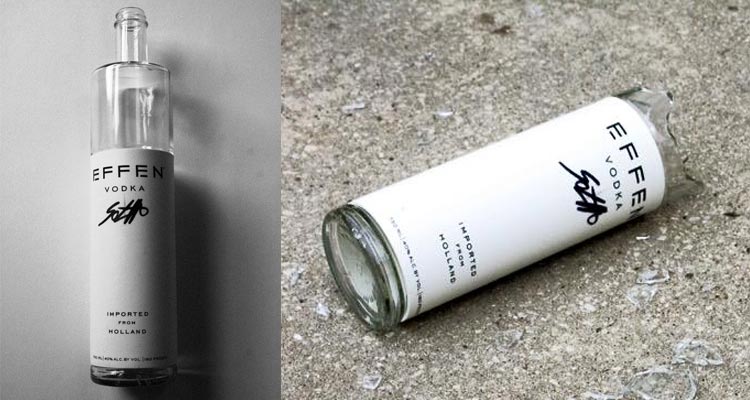