Last month, we announced that Burnhearts and Solemn Oath Brewery would be joining forces for an eclectic night of offbeat art called “A Folk House Kegger.” On Thursday, March 7 from 6-10 p.m., the unique event—no doubt inspired by the atmosphere of The Gaslight Cafe in The Marvelous Mrs. Maisel—will feature a varied cast of musicians, poets, storytellers, comedians, and even a human statue. Iron Grate’s food truck will also be serving up barbecue outside all night long.

A Folk House Kegger will also function as a tap takeover for Solemn Oath. The full beer list wasn’t confirmed at the time of the announcement, but Burnhearts recently listed the 13 beers that will be on tap. In addition to the rarities and other taproom-only specialties the Illinois-based brewery will have on draft, cans of Solemn Oath’s Lü Kölsch will be in abundance. Here’s what Burnhearts and Solemn Oath will have on tap this Thursday. 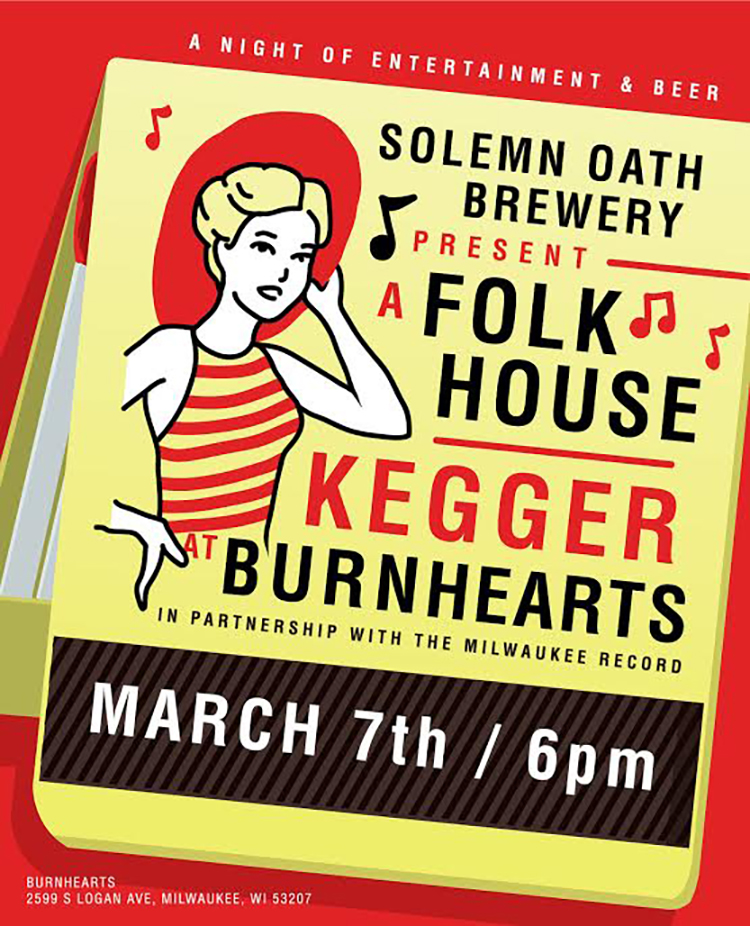