It’s been less than 10 years since a group of friends realized Milwaukee’s 414 area code had a striking resemblance to the numerals in April 14 (or 4/14) and turned that laughable coincidence into a full-blown local holiday. Since its unlikely outset, “Milwaukee Day” has resulted in an official mayoral proclamation, a founder getting to throw out a first pitch before a Brewers game, an abundance of civic-centered specials offered by area businesses, a formidable hashtag, a cameo on Jeopardy!, and the inspiration for a beer.

The holiday has also become a day to celebrate local music. Past April 14ths featured stacked concerts, including reunions by Decibully and Juniper Tar back in 2014. With the rampant growth of the holiday, Milwaukee Day’s founders took the year off in 2017 to encourage others to celebrate anyway and anywhere they’d like. With plans to do the same in 2018, they graciously let us take the reins on organizing their show this year.

Join Milwaukee Record at Company Brewing for the official Milwaukee Day Showcase. There, pints of Company Brewing’s new Milwaukee Day Lager—a 4.14 percent ABV (get it?!) Helles Lager was co-brewed by the Riverwest brewery and some of the holiday’s organizers—will be available for $4 all night long. We’ve done our part by assembling an all-star cast of some of the city’s best and most entertaining musicians. Celebrate Milwaukee Day with performances by Tigernite, Midwest Death Rattle, and Zed Kenzo.

Tickets to the show—sponsored by Gruber Law Offices and WMSE—go on sale Wednesday. Early bird admission is just $4.14 through Friday, March 9. After that, admission is $8 in advance and $10 at the door. The fun starts at 10 p.m. sharp (9 p.m. doors). See you there, Milwaukee! [Illustrations by Andy Tyra] 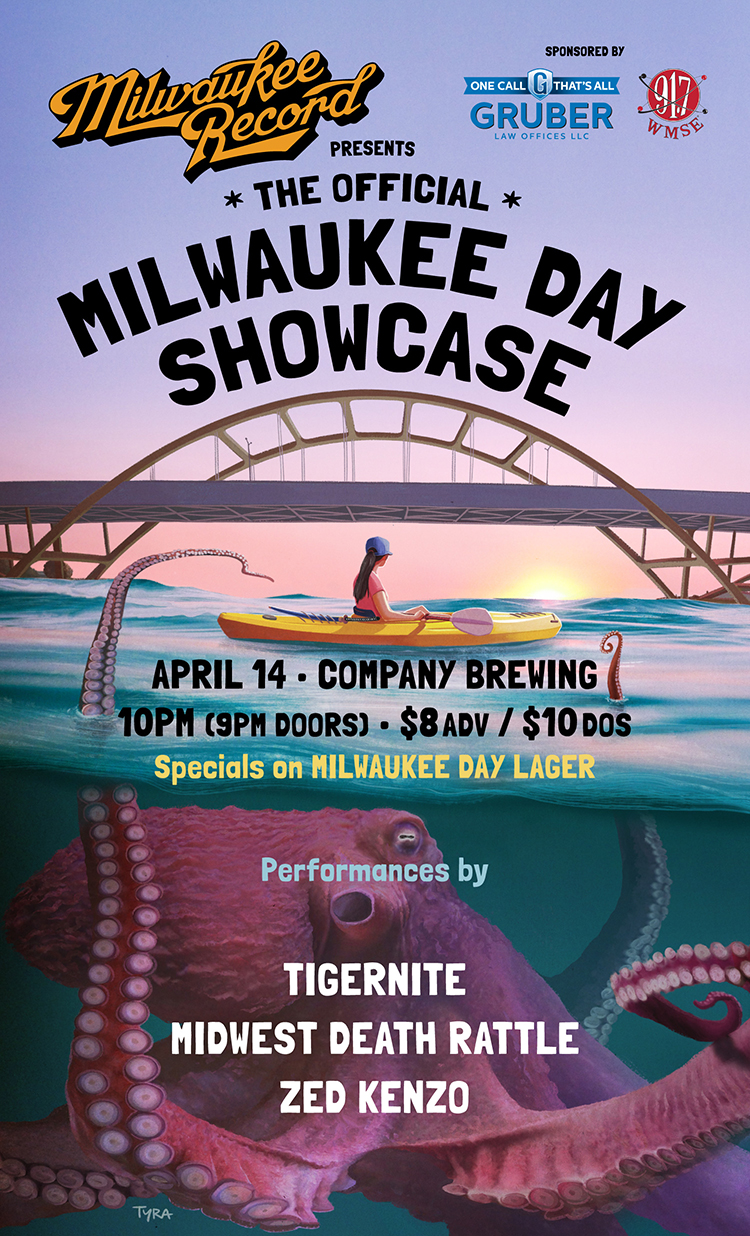