In a year marked by loss, some individual stories didn’t get the attention they otherwise might in less pandemicky times. April 2020 began with news of Wisconsin sculpture artist Tom Every’s death. Yes, that sad event really was only eight months ago.

To most Milwaukee Record readers, Tom was Dr. Evermor, the caped man and capped mind behind Sauk County’s Forevertron sculpture park. The iconic titular centerpiece was built with a story attached—it’s an interdimensional vehicle which the good Doctor insisted he would climb into before his death and “highball it to heaven,” leaving this mortal coil on his own terms.

Whether or not this proved true, he is certainly gone and greatly missed. Back in 2002, I had the singular experience of an extended conversation with Dr. Evermor. My pal Holly drove us out there for an unforgettable day among his gloriously assembled rusty scrap metal. 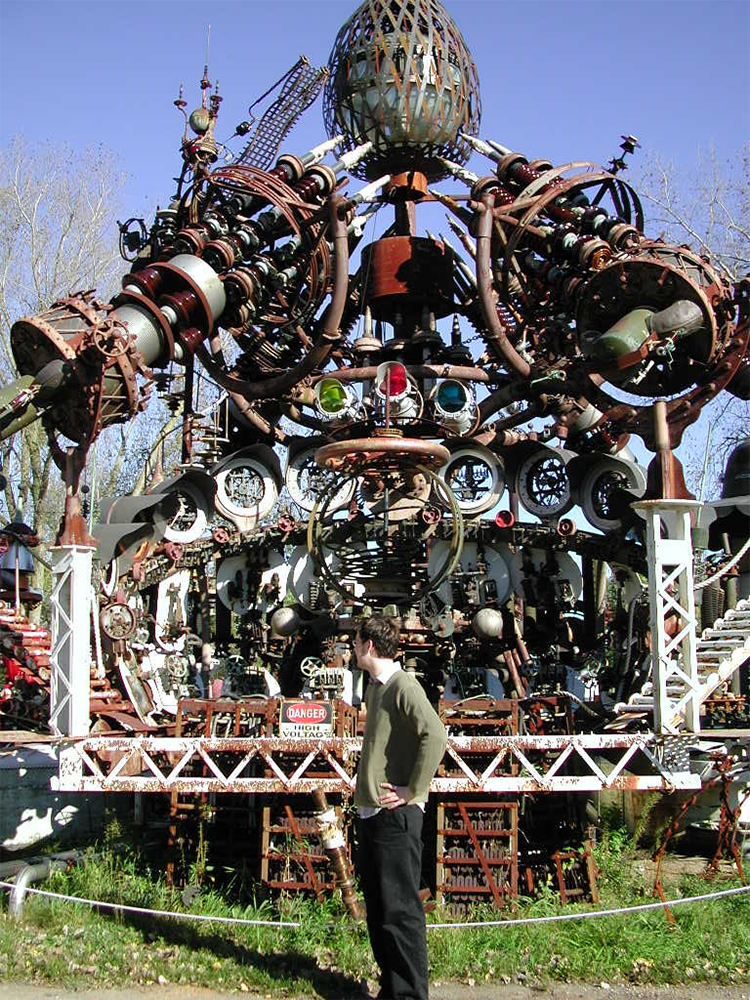 Not as popular as it is today, we had the park to ourselves. We got a personal tour followed by an hour alone with Evermor and his wife, Lady Evermor (nee Eleanor), in their de facto office—a decommissioned Tommy Bartlett bus sitting among overgrown wild grass on the property.

One moment from that day has stuck with me, and resonates more now that I’m 18 years older. I asked Every if he took the colder months off from doing work on his art. He was aghast, even pissed at me for asking such a stupid question (perhaps not his exact words—but also perhaps his exact words). His response pointed to the fact that we only have a limited time on this planet. Why would we waste a single day of it sitting around, not creating art?

That ethos isn’t lost on Taylor Swift, who has released three similarly gloriously assembled chart-topping albums in the past two calendar years. When you’re perhaps the biggest pop star on the planet, you understand, too, that there’s not a moment to squander.

Her latest, titled evermore, has not been explicitly publicized as a tribute to the late Tom Every. But it’s quite a coincidence to name the album as such in the same year we lost Dr. Evermor. Is there evidence to support the notion? Well, when you’re a hammer, everything looks like a nail—and Milwaukee Record knows a Wisconsin-inspired cultural juggernaut when we see it.

If nothing else, it’s a good excuse to look back at the myth of the beloved Dr. Evermor one last time in 2020—through the lens of Swift’s most recent triumph. Academics and historians will certainly uncover further clues over time as to its obvious connection to the Forevertron. For now, let the wild speculation begin.

Exhibit A: The man at the album’s core

Swift’s fans may argue that she’s singing about past romantic partners throughout evermore. But from the opening track, “willow,” she speaks to her subject “as if you were a mythical thing,” before adding the refrain, “that’s my man.” Dr. Evermor, more mythology than man, is the likeliest candidate.

But what else does she say about him later in the song? “Every(!!!) bait and switch was a work of art.” Tom Every’s artwork was on its face a sculpture for us to enjoy, to enhance our lives. But! But really it was his vehicle for escaping us all. Classic Every bait-and-switch with art.

Swift and Eau Claire’s Justin Vernon have collaborated in the past. So it’s no wonder Wisconsin’s Very Own was her choice for the titular “evermore” track to close out the record. Who better to join her on tape as she sang her heart out with the following final lyrics?

Her pain would, after all is said and done, not be for Evermor—she’s beginning to understand he’s in a better place. The strength and hope on display as she came to terms with Dr. Evermor’s death should be an inspiration to us all.

The song title “marjorie” is a name that could have easily been sung “every” if Swift weren’t such a coy poet. The perhaps fictional Marjorie seems to have entered a realm where she is at once living and deceased.

To suggest that nobody really dies as long as they’ve left an indelible mark on our lives, the memory of which we can always revisit to bring them back into this temporal sphere, is itself a wise reminder. But to deliver those words under the specter of an Evermor who sought to navigate around bodily death? Does Swift know something we don’t?

Those are some layers we cannot in good conscience simply ignore. Nor can we overlook her statement later in evermore, in which she puts “closure” in air quotes before signing, “I know I’m just / A wrinkle in your new life / Iron it out so nice / Reaching out across the sea / That you put between you and me.”

In “champagne problems,” Swift sings that “time flies”—a seemingly flat observation that has no place in an epic musical statement like evermore. But when we see it as an allusion to Dr. Evermor taking flight to heaven in his Forevertron sculpture, it resonates as more than just a trite lyric.

In “happiness” she takes on Every’s perspective on the world he’s leaving behind, singing that, “Honey I’m above the trees / I see it for what it is.” In “ivy,” “I sit here and wait / Grieving for the living.” In “cowboy like me,” she again takes on his persona, with his “Eyes full of stars / hustling for the good life.”

Swift can only keep up the ruse to a degree, ultimately singing what’s simply an unmistakable acknowledgement of her subject matter to enlightened listeners.

In “long story short,” we get our first nod to the Doubting Thomas Telescope, a piece of the larger Forevertron where those who didn’t believe the Dr. Evermor story can watch him blast off from Earth: “I just know there’s more / No more keeping score / Now I just keep you warm / And my waves meet your shore / Ever and evermor(e) … And he’s passing by / Rare as the glimmer of a comet in the sky … Long story short, it was a bad time / Long story short, I survived.” 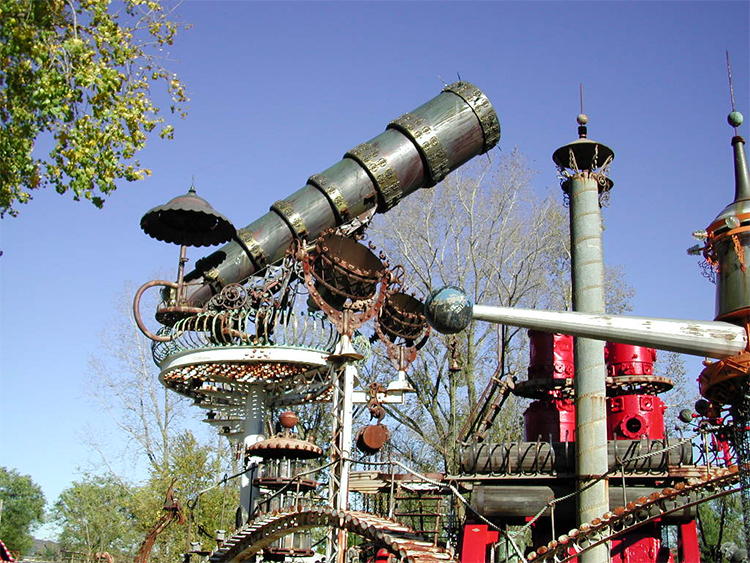 Finally, we return to “cowboy like me,” wherein we get the clearest and most overtly deliberate evidence that this entire evermore enterprise is about the life and death and afterlife of Tom Every: “Forever is the sweetest con.” Indeed, Ms. Swift. We’ll happily play the fool in the name of perpetuating an enduring legacy.

• Dr. Evermor’s Art Park is a scrap-metal mecca in the town of Sumpter