Back in early 2015, In Tall Buildings released Driver. The 10-song album was written, performed, recorded, produced, and mastered entirely by Erik Hall—a Chicago musician and the project’s only permanent fixture—in his home studio over the course of nearly four years. When it came time to make Akinetic (released March 2 on Western Vinyl), the meticulous multi-instrumentalist convinced himself to give up some creative control, temporarily hand the keys to a producer, and embrace the contrasts between the sounds and themes of his new material.

On Friday, March 23, Hall will bring In Tall Buildings to The Back Room @ Colectivo to kick off a full-band tour and play the first show in support of his days-old record. Prior to what’s to be his project’s Milwaukee debut, Hall spoke to Milwaukee Record about working with a renowned producer, writing his most “direct” material yet, and his opinion of the city when he played Turner Hall and The Rave as part of Wild Belle.

Milwaukee Record: So the new album came out March 2. Unlike your last record, which you worked on alone for over three years, you got a little help from a producer, Brian Deck, this time around. Was is hard to give up give up control? What was it like to hand it off to another person and to let them insert themselves in your work?

Erik Hall: It was only slightly challenging to relinquish control. It was actually easier than I expected it to be. I think the reason is that I made this record at the right time. It also helps that Brian is a producer and an engineer whose work I was already very familiar with and who I really admired. So when he reached out to see if I wanted to work together on something, I was honored. It was really exciting that he wanted to do something.

It hadn’t occurred to me to work with somebody else in that capacity and he just asked me at the right time because I had been working on new songs. I didn’t want to take four years to make another record and I knew that having somebody else involved in the actual recording process with me would make the process go more swiftly and more efficiently. It was out of my normal practice to have somebody involved in that capacity, but it very quickly felt like the right thing to do at the time.

MR: Other than making it go faster, what were other ways he helped develop or expand up your vision?

EH: Because he was there, I was accountable to him. I wasn’t able to then just sit there and tinker with my songs for months on end. He’d help me make decisions. It was everything from him actually engineering the recording of the songs to him helping me figure out arrangements and deciding there should a vocal harmony here or this song needs a bridge, and helping to choose some of the tones. Then there was the whole other side to making the record, which is the mixing process, that he did almost entirely on his own. That especially was brand new to me and a little scary at first. When he started sending me mixes back, my first impression is that they were so different from what I would’ve done, but after a couple of listens, I realized they were so exciting or strong in ways I hadn’t really allowed myself to really embrace. It was things like making the vocals louder and having the overall mix be a little brighter and a little bit less hazy and murky, just more direct and polished than I’m used to doing.

MR: Yeah, I’ve seen words like “direct” and “poppy” used in reference to Akinetic. It’s been about a week since the record came out, but how have early returns been like so far? What type of feedback have you gotten?

EH: It’s really been generally positive. It’s been really encouraging to get people’s impressions back. I haven’t yet have had somebody who loved my last record say they’re not feeling this one. It’s not out of the question that would happen. I actually expect that some people might fall off, but it’s been overwhelmingly positive so far.

MR: The first live representation of the new record will be this show in Milwaukee at The Back Room [@ Colectivo]. I know you have roots in Chicago and Michigan, so have you ever come up here to play any shows? What was your opinion of the city?

EH: I’ve played in Milwaukee a lot of times, but never with In Tall Buildings. I’ve played at Turner Hall a few times with the band Wild Belle. More recently, we played at that big old building with several venues inside and a ballroom upstairs. I think it’s The Rave. I was in Wild Belle and we were opening for Band Of Horses. In Tall Buildings almost played at Cactus Club once, but it didn’t come together. But I can’t wait. I love Milwaukee. It’s such a great music town and I’m psyched to bring my project there. I think it’s going to be a great way to start the tour.

MR: Backtracking a little bit, I want to get into the new music video for “Curtain” that was directed by Rick Alverson, who directed The Comedy and Neil Hamburger’s Entertainment. What was it like working with him? His work can get pretty dark and intense.

EH: Yeah! It was such a privilege. Rick’s become a good friend over the past few years. He has a musical project called Lean Year. It’s him a his partner, Emily, who is an old friend of mine from college. I recorded their album over the last year and a half and it came out last fall. I really got to know Rick during the production of that record at my house in Chicago. Subsequently, I went to Richmond to shoot the video with him. I’d only made one music video in the past and it was just such a privilege to not only work with an experienced director, but someone with Rick’s vision.

Like you said, it can be kind of dark and that’s something I was really excited to incorporate on a song like “Curtain.” It’s an upbeat song that’s very concise and has a pop structure, but lyrically, it’s a pretty dark song about that period of time after you’ve fallen out of love with somebody but haven’t yet split up. It can be a tormenting time frame and the video has taken on its own life, and I knew Rick would make a great counterpart to the song. I like the contrast.

EH: I don’t think so. I’m just really excited to come to Milwaukee. The last time I toured for In Tall Buildings, I went out myself and did solo shows. It’s been several years since I’ve toured with my full live band, so I’m excited to get up and do that, and I’m really psyched that the first show is in Milwaukee.

In Tall Buildings will perform at The Back Room @ Colectivo on Friday, March 23. J.E. Sunde will open. The show begins at 7 p.m. and tickets cost $15. 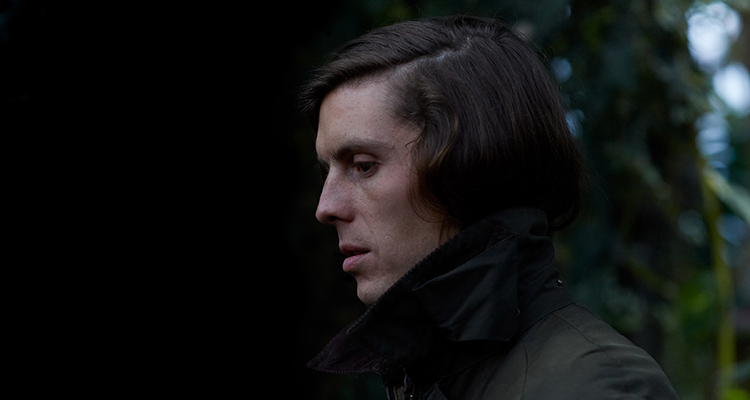