In this era of staggering technological advancement, utter convenience, and clear connection to all corners of the globe, musicians have more say in how, when, and where they’re heard than ever before. An artist can self-record an album to release it on their own label and take it with them on a tour they, with the help of the internet, booked themselves. With so much creative control at the fingertips of the modern musician, the stereotype of the smarmy, hotshot manager insincerely hitching their wagon to the next big thing seems to be an endangered species.

That isn’t to say there aren’t still band managers. However, the modern managerial archetype appears to have augmented to that of a professional whose motives are rooted in appreciation, a desire to help an artist reach higher ground, and a belief they’re capable of getting there. At least it seems to be that way in Milwaukee. Though the music industry has turned on its head of late, there are still local bands who are putting their trust in managers, and those managers are doing their part to extend the names of their clients far beyond Milwaukee city limits.

“There is no shortage of people willing to try and scam bands out of money, and no shortage of bands looking for shortcuts to success,” Dan Backhaus says.

Since starting a short-lived ska label in 1995, Backhaus worked in retail marketing for a Virgin/EMI subsidiary, spent much of the early 2000s as a marketing assistant and junior manager at Capitol Records, and worked in tour marketing at Virgin before finally embarking on Just Managing—an agency that primarily manages record producers—in 2006. Recently, he’s taken on management duties for musicians, including GGOOLLDD, Direct Hit!, and Blessed Feathers (which has since transitioned to singer Donivan Berube’s solo project).

“Every band has their own needs, but broadly speaking, I’d like to think that I steer the ship,” Backhaus says. “Of course there is the day-to-day of being the central communication hub between band, agent, label, publicist, publisher, lawyer, promoter, radio station, et cetera, but that’s really just busywork anyone could do.”

Dead Horses manager Rebecca Ottman also compiled years of experience elsewhere in the music industry before moving into a management role. As an undergrad at UW-Whitewater, Ottman was the music director at her school’s radio station, she wrote for the newspaper, and even started a music blog. That passion led to a radio promotions internship at Matador Records in New York, which helped her get a job in retail distribution with Caroline Records, and then a retail marketing director post at Domino Records. In total, she spent eight years in New York, with a career in music for six of those prior to returning to her native Fox Valley.

Saying “[she] missed the energy,” Ottman reluctantly offered her insight to her boyfriend Dan Wolff’s band, Oshkosh-based Dead Horses. When Ottman moved to Milwaukee, the majority of Dead Horses followed, and along the way, Ottman was asked to officially come on as manager. Ottman PR & Management was born, and its single-band roster—save for sparing consulting work for Soul Low—was set in stone.

“What I’m doing differently is I’m really making a commitment to one act, which is not financially viable right now, but it has potential for growth,” Ottman says. “We’ve created this kind of holistic family unit around it.”

Mark Milaeger’s true foray into management also derives from a personal origin point, as the journalism and mass communications major and Milwaukee Radio Alliance intern was asked to manage The Pukes by bassist and friend Sam Sharkey.

“I didn’t really seek it out, but opportunity kind of happened,” Milaeger says. “I went to their very first show. I remember leaving that show and really wanting to manage them. I was managing a mutual friend’s band at the time, but I wanted to expand and I thought it would be fun.” 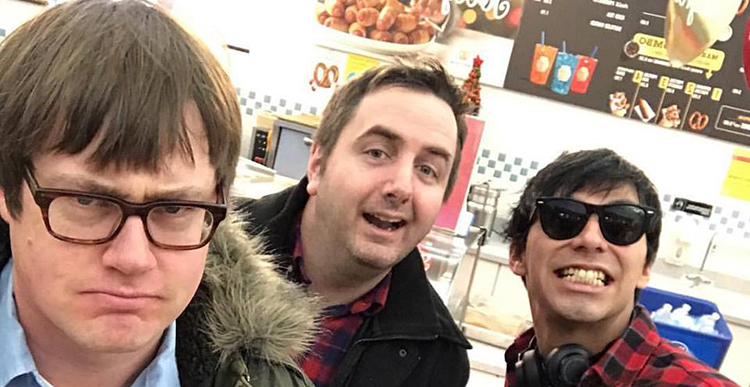 Mark Milaeger (center) with two members of The Pukes

While all three managers’ trajectories started with work in radio or at record labels, Milaeger, Ottman, and Backhaus currently each have diverse job descriptions, and they all approach their positions differently. At this point, Milaeger hinges many of his responsibilities on management tasks directly related to shows. He books many of The Pukes’ concerts, which he then promotes, sells merchandise at, and during which he ensures everything is running as smooth as possible.

“I usually show up to the venue before the band and finally call it a night when all the merch is sold and the door has been divided,” Milaeger says. “Those 35 minutes my band is on stage are glorious.”

Based in New York, Backhaus is only able to make it to Milwaukee to watch his clients about five times a year. From afar, Backhaus places greater importance on getting other people out to see his bands, getting his acts on big shows, and possibly landing them slots on tour with well-known acts. GGOOLLDD sold out 985-capacity Turner Hall twice in 2016 and will play a multitude of official SXSW showcases next month amid avid touring. Since partnering with Backhaus, Direct Hit! earned a vaunted opening slot on a month-long jaunt with Anti-Flag and Reel Big Fish. Next month, they’ll embark on a short run in support of Bowling For Soup.

“Everything worth doing is worth planning, and I spend a lot of time doing that,” Backhaus says. “I’ll take a show date or single release and work backwards, planning the launch. A little planning goes a long way.”

At this point, no act in Milwaukee tours more than Dead Horses. Since releasing Cartoon Moon last October, the folk outfit has logged dozens of shows throughout the country. They’re currently on the road, with plans to return to town to start recording this summer. Ottman no longer books shows, but she handles the band’s finances, arranges music video and photo shoots, is in charge of marketing and publicity, takes the reins on tour press, and is always on call if the band runs into any unforeseen difficulties on the road. She even leased Dead Horses’ tour van in her name.

“You’re responsible for helping make sure they’re successful, taking care of them, making sure they get paid, and they can pay their rent,” Ottman says. “That’s my philosophy. I’m kind of like a mama bear, and I take it very seriously. I put in a ton of hours.”

For all her effort, Ottman only claims a modest monthly stipend, which she says she uses to fly out to catch the occasional Dead Horses show or to finance travel for out-of-town meetings. She calls the demanding near-full-time job a labor of love.

“You have to position a band so that people want to believe in it, and their music has to be good,” Ottman says. “I one-hundred percent believe in Dead Horses. I really do. I can’t wait for you to see where they could be in two years.”

While each manager’s route to the post and his or her philosophy once hired differs, the one ever-present similarity is their shared appreciation of their client’s talent and a genuine desire to aid their ascent.

“The last thing I want to do is mix up a dynamic of a band when I first start working with them. That doesn’t help anything or anybody,” Milaeger says. “My managing style is I want to be the guy that makes sure every aspect of the band is running smoothly.”

In this age of abject saturation in which countless creatives opt to go it alone, it’s harder to make it in the fractured husk that is the modern music industry than ever before. Still, for a band on the verge of breaking out, it surely doesn’t hurt to have someone behind them who believes in what they’re doing, and someone who’s willing to work diligently to increase their odds of opportunity.

“As long as my bands spend ninety-five percent of their time on the things I believe we should be doing, I feel good about how things are going,” Backhaus says. “Even when a band does the things they should be, success still really comes down to luck. All you can do is try to increase your chances for success.” 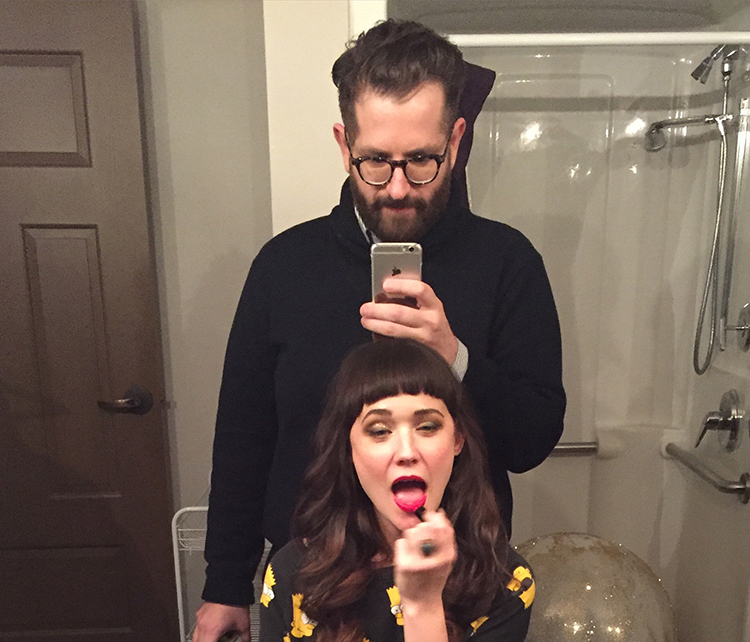