The Pabst Theater Group catches flak whenever the “all the good tours skip Milwaukee” conversation flares up, so due credit to those in charge for snagging Courtney Barnett late in the game. This leg of her U.S. tour was originally slotted to start Saturday in Minneapolis, until she snuck this Pabst Theater gig in as a warm-up. Aaaaand for the past few months, fans have waited breathlessly for the tour to be canceled or postponed…but no! Thursday night rolled around, and the marquee was still lit.

Had this show been at the Riverside, the potential frigid vaccine-check wait time may have been enough to make fans eat tickets; no such issues at the Pabst with its spacious box-office plaza, however. Following a stress-free entry, we all spent the evening hoping in vain that our eyes would convey everything to everyone we’d meet.

First onstage was New York singer/songwriter Cassandra Jenkins, who encountered a gracious and even mildly interactive crowd. She appeared solo with just a couple of guitars, and the songs, mostly culled from her 2021 album An Overview On Phenomenal Nature, survived the strip-down; her breakthrough single “Hard Drive” in particular was even more charming this way. 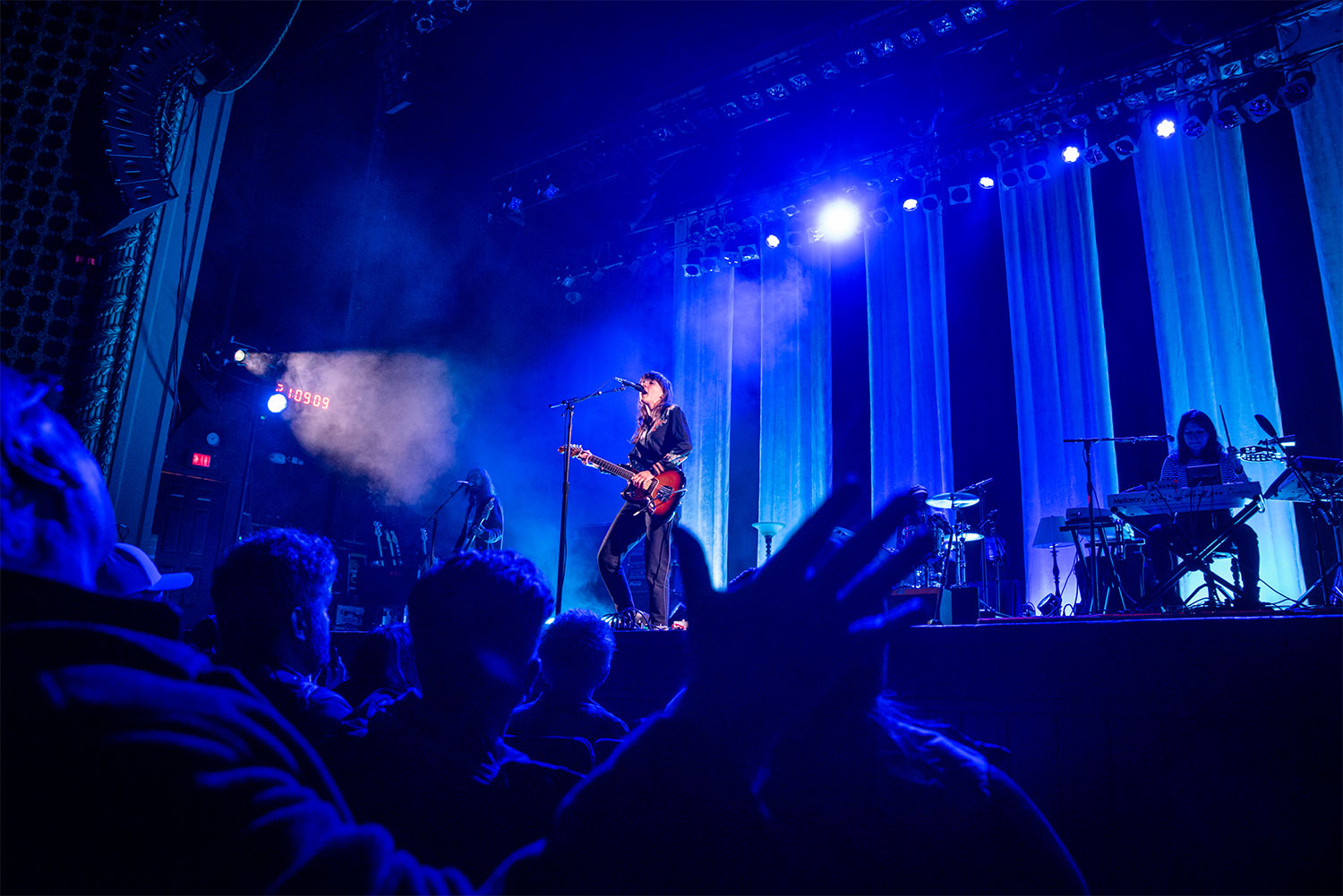 They eased into the night with the first two songs off Things Take Time, neither of which sounded much different from the studio versions. The rugs and nondescript floor lamps enhanced the extremely mellow proceedings, and there may have been some danger of losing the crowd if Barnett hadn’t then ramped up the energy with her first breakthrough single, “Avant Gardener.” This isn’t exactly a barnburner of a song but the band made it sizzle, and the energy continued to build until “Small Poppies,” the scruffy/sultry blues centerpiece of 2015’s Sometimes I Sit And Think, And Sometimes I Just Sit. Here was the showcase for Barnett’s punishment of her guitar, a Neil-Young-indebted sonic cataclysm that’s surely a highlight of almost every show she plays. 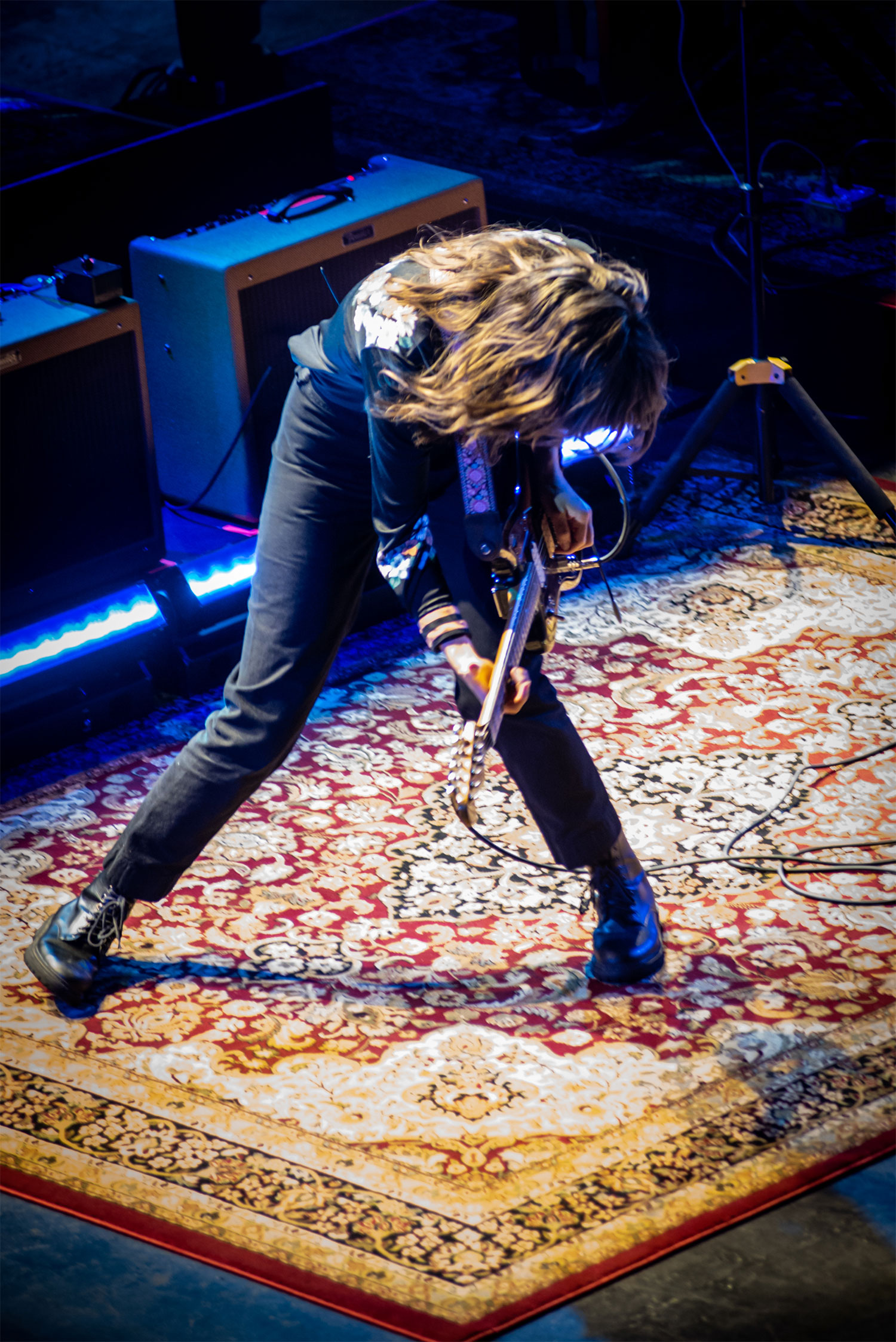 Barnett’s albums never have captured the fullness of her guitar prowess; an entire evening of her shredding would’ve probably been a welcome catharsis, yet there’s a different kind of therapy in her words, which sometimes evoke the more personal side of Ani DiFranco but from a decidedly modern perspective. “Depreston” and “Here’s The Thing” both hit hard; any deepening of meaning due to recent world events goes without saying at this point, right? The setlist struck a good balance between ballads, rockers, and the more hazy, textured recent jams, never dwelling long in any particular mode.

It was only a matter of time before Barnett would bust into “Pedestrian At Best,” the song that was everywhere on the Milwaukee independent radio airwaves in 2015. Perhaps unsurprisingly, it sounded fresh again. This type of extemporaneous vocal delivery isn’t meant to sound exactly the same over and over; the song’s saturation might’ve put Barnett in danger of novelty-act status, only the gamble paid off in her case. She reached a much wider audience, and fans are apparently along for the ride even though not many of her other songs sound like that. It was a joyous victory-lap romp here.

Ending the set with new stuff was another prudent risk; the audience was rapt for a scrappy rendition of “If I Don’t Hear From You Tonight,” a Joey Ramone-caliber ballad at its core, and the heartfelt “Write A List Of Things To Look Forward To” was ten times more vigorous live than on record. It turns out that Barnett hasn’t necessarily toned it down, she’s simply diversified her sound and songwriting, and the results are as affecting as ever. If there’s ever an epitaph for this pandemic, she may have captured it thusly: “We did our best, but what does that really mean?” 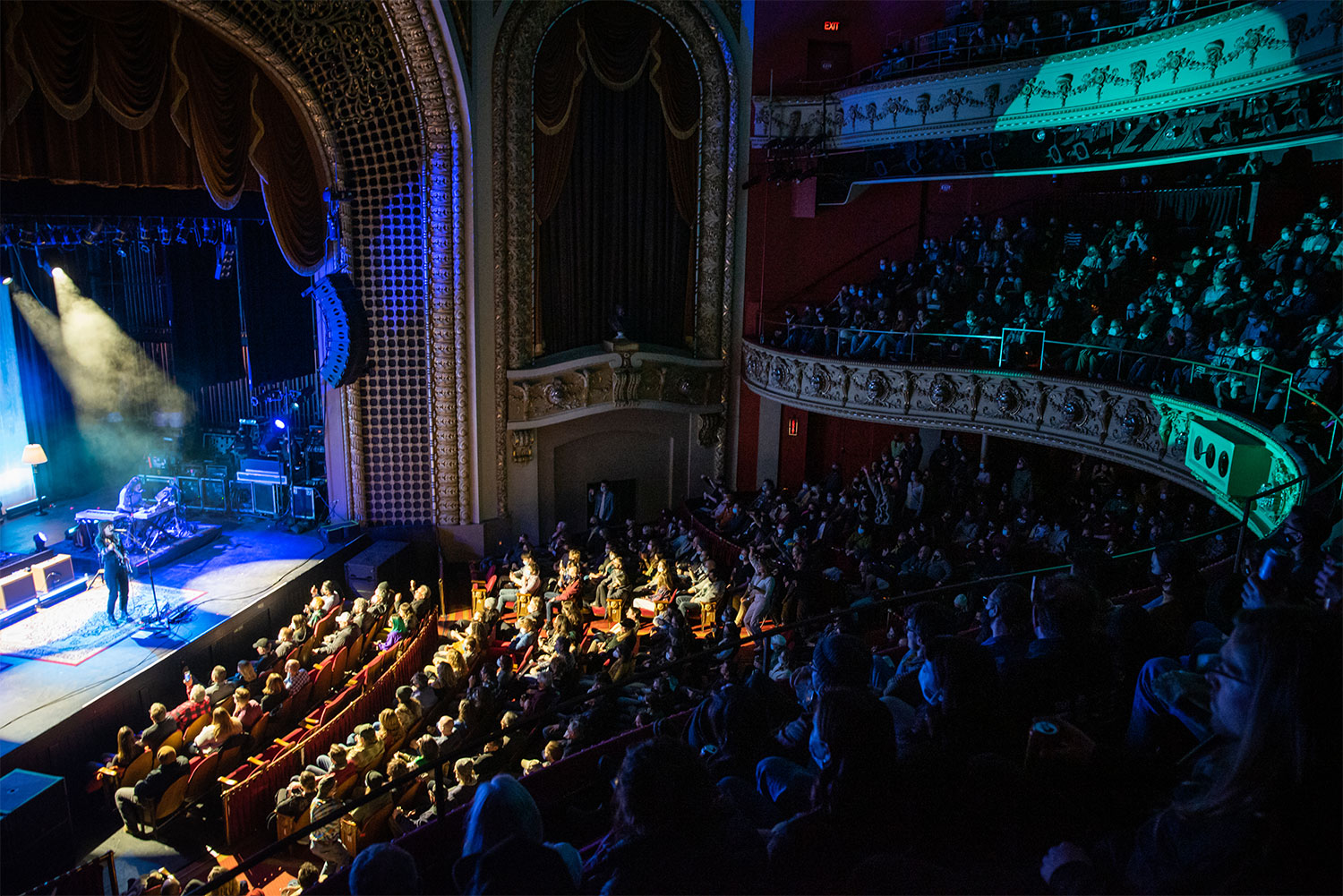