Sometimes its difficult to determine whether a bar or restaurant is, in fact, “Tucked Away.” You just know it when you see it (or don’t see it). In order to confirm or refute the bold assertion, people are prone to relying on vague criteria: Is it on a busy street? Do customers regularly come in? Do they market the business well, if at all? The list goes on, but even upon taking those first three questions into account, it’s abundantly clear that Romine’s is absolutely not “Tucked Away,” even by the most generous use of the term.

The established, expansive south side pool hall and sports bar with the neon “High Pockets” sign that faces out on high-traffic 27th Street used to (and perhaps still does) run television ads. Moreover, it’s nothing short of a local institution for UFC viewing, poker tournaments, and of course, billiards. While Romine’s High Pockets is not a hidden commodity in and of itself, the sprawling pool hall is but the outermost layer in a nesting doll full of circumstance, flavor, and history. Within Romine’s there’s a small cluster of tables and booths that takes the form of “Senor Loco Mexican Restaurante.” There, every table has a small laminated listing of thematically-clashing foods that’s placed beside a larger menu documenting Mr. Loco’s lineup of Mexican fare.

If you make it that far, congratulations. You’ve found Milwaukee’s original Coney Island hot dog—a regional treasure that was enjoyed in Walker’s Point for more than 60 years and a messy delicacy that most figured went extinct almost a decade ago. 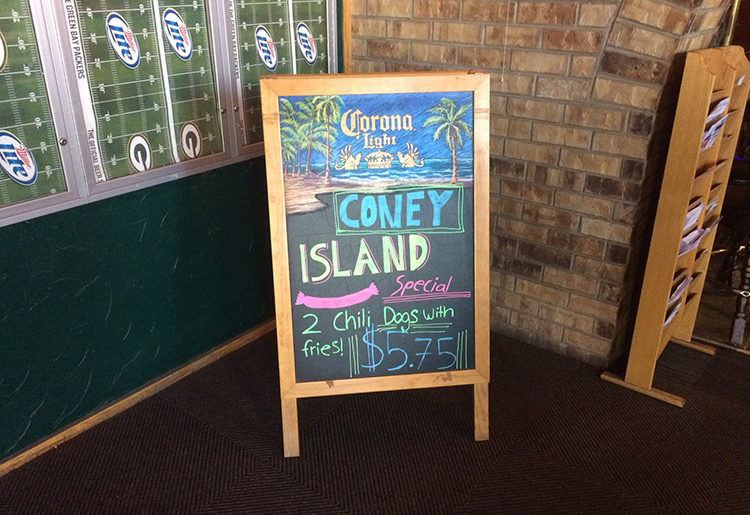 The story of Milwaukee’s original Coney Island hot dog goes all the way back to 1949, when Mike Syrrakos and his brothers bought the tiny restaurant near the corner of 6th and National. The Syrrakos brothers reportedly purchased the hot dog recipe the previous owners used since the 1920s, but quickly and repeatedly modified it until they landed upon the distinct flavor that stole the city’s heart and stained its collective clothing.

In 2009, Coney Island’s six-decade run in Walker’s Point came to a sad and sudden end when 89-year-old Mike Syrrakos walked away from the diminutive dog house where he spent the majority of his life. “I give up. I can’t do it anymore,” Syrrakos told the Journal-Sentinel. A buyer for the business at 530 W. National Ave. never materialized. Though Coney Island was gone before the start of 2010, there was still a faint hope the diner’s messy and marvelous sauce that covered its burgers and dogs would somehow live on. “If there’s a hero out there, maybe he can take it over,” Syrrakos said. 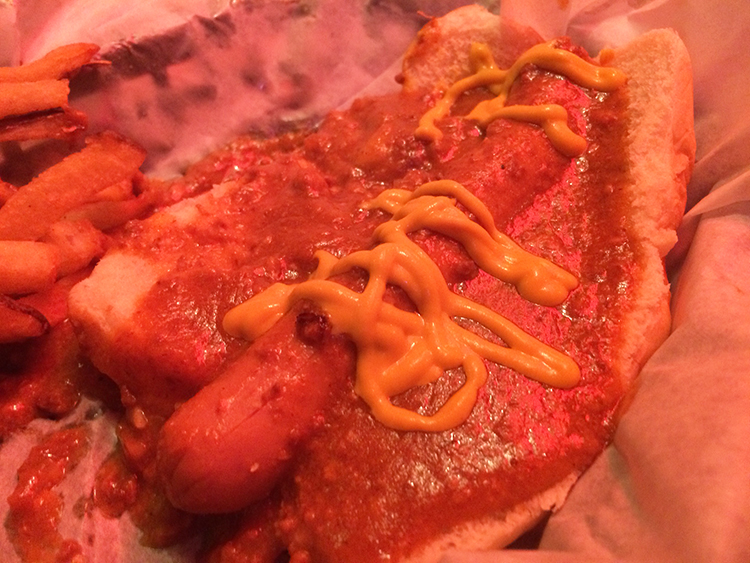 At some point, the Syrrakos family recipe somehow found its way to Romine’s. We can’t confirm how or when this happened, but that’s not really the important part. On top of its iconic hot dogs and burgers, Coney Island was known to serve fish, shrimp, chicken, and pizza. None of that made it over, though. Romine’s, er, Senor Locos’ Coney offerings are limited to hot dogs, burgers, fries, and chili (the same way it used to be served “half sauce and half beans, no exceptions!”). Frankly, that’s more than enough.

Gone are the days of grabbing a red hot or hamburger for less than two bucks. Whether the result of inflation since 2009 or upselling on account of scarcity, they’re now $2.50 and $3 respectively (and $3.50 or $4.50 with fries). A bowl of chili is $5. Wanting to try as much of the menu as we could, we got the $6.50 “Super Combo” consisting of a Coney Dog, a Coney Burger, and fries. To be honest, it looked fairly unappetizing. Despite the apprehension we had upon receiving a basket turned translucent from a greasy confluence of sauce, soggy bread, bargain meat, raw onion, and mustard, both the Coney Dog and the Coney Burger can only be described as goddamn delicious. The famed sauce lived up to the hype and then some. It’s part chili, part seasoned brown gravy, all umami. Appearance aside, it was amazing.

Time passes. People grow old and pass away. Parts of the city once deemed area institutions vanish and are quietly forgotten or loudly (but briefly) mourned. All the while, Milwaukee’s long and interesting story grows more voluminous and complicated with each passing day. The Coney Island so many came to know and love over the course of its 60-year run is dead, buried, and will never return. But by some strange chain of events, an iteration of Milwaukee’s original Coney Island hot dog still has a spot on a tiny menu at a strange Mexican restaurant clumsily shoved into a corner of sketchy south side pool hall. There, anyone willing to run the gauntlet can sate old cravings or experience a bite of history for the first time. Hopefully it can live there (or somewhere) for years and years to come.