Founded in 1985, Sprecher Brewery is Milwaukee’s oldest craft brewery still in operation. A few years after launching, the then-Milwaukee (now Glendale) brewery dabbled in soda by making root beer. They haven’t looked back. These days, Sprecher makes far more soda than beer, with a soft drink arsenal that features more than 20 award-winning flavors, a line of lemonades and sparking waters, and revived brands like Black Bear and Green River that are available in 35 states and online.

While it’s been an successful formula that has been a favorite among soda fanatics for close to 40 years, Sprecher isn’t afraid to experiment. Today, they formally announced the Sprecher Soda Lab, a “new one-barrel system to brew innovative craft soda in small batches in the Sprecher Taproom.” The new line of rotating taproom-only flavors started this week with the release of a Single Barrel Root Beer. Other upcoming Soda Lab releases include Pumpkin Cream Soda and Pumpkin Spice Root Beer. You can learn more about Sprecher Soda Lab in the press release below.

When Sprecher Brewery was founded in 1985, it was Wisconsin’s original craft brewery. By definition, all the batches were hand-crafted and each ingredient was thoughtfully and individually selected, like raw Wisconsin honey.

Today, we honor and continue the Sprecher craft tradition by launching our new SODA LAB™️ in the brewery taproom to feature small-batch innovative new soda flavors.

In an homage to our original craft root beer, the first flavor on tap now will be Single Barrel Root Beer. Journey with our brewers as they focus on the individual flavors of root beer in one-barrel fire-brewed batches. This batch focuses on the initial light mint flavor and finishing vanilla smoothness.

By indulging our brewmasters’ creative spirits, the new Sprecher SODA LAB™️ allows our brewers to explore the nuances of our fire-brewing process. This process will focus on unique aspects of flavors in our award-winning sodas. 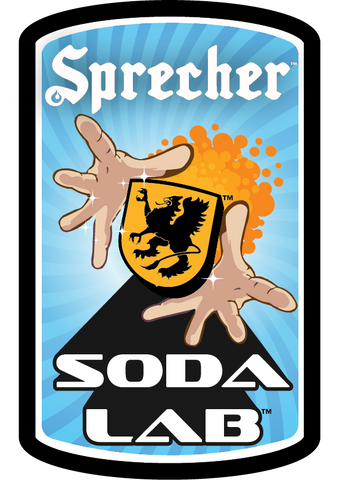