Adam Sarkis has been involved in some of the most unique pop-up bars in recent memory. Last year, the Phoenix Cocktail Lounge beverage director and noted local mixologist made Elf-focused holiday drink offerings around Christmas, then hosted a Kanye West-themed “New Yeez Eve” party. In January, he turned the Cathedral Square lounge into LoveShaq, a semi-regular tropical pop-up bar devoted to none other than Shaquille O’Neal. Most recently, he turned the place into “Dad Bar” for a weekend in April. Sarkis is moving to Chicago at the end of August, and he decided to say goodbye to Milwaukee by hosting what might be his most ambitious and creative cocktail pop-up yet.

On Sunday, August 26, the departing drink-master and Jeff Kinder will join forces with Mooncat Arcade to turn The Jazz Estate into Milk Stand 3000, a parlor that’s set in the year 3000. This will be the second time Sarkis and company will host Milk Stand 3000. The first installment took place at Phoenix last October.

“The concept itself is two bartenders from the year 3000 serving futuristic soda jerk parlor drinks,” Sarkis says. “It’s a bar you’d find Dr. Octagon and Han Solo bellies up at.”

There will be interesting cocktail concoctions, such as the Blended Incredible Hulk—a hurricane that blends Hypnotiq and Cognac together to change the drink’s color from blue to green. A DJ will spin “Space Funk” all night long, and Mooncat Arcade’s Paul Zimmerman will bring four or five custom retro-style arcade machines for patrons to play.

Milk Stand 3000 will also serve as Sarkis’ unofficial farewell gathering and give him the opportunity work with Kinder again before he leaves.

“I wanted to throw a going away party with my longtime friend and someone I considered a mentor over the last seven or eight years,” Sarkis says. “We had a blast with this theme last year and knew it was worth revisiting.”

If drinking space-age spirits in a futuristic soda parlor sounds like fun, or if you just want to say goodbye to one of the city’s most inventive mixologists, you should teleport yourself to The Jazz Estate on August 26. 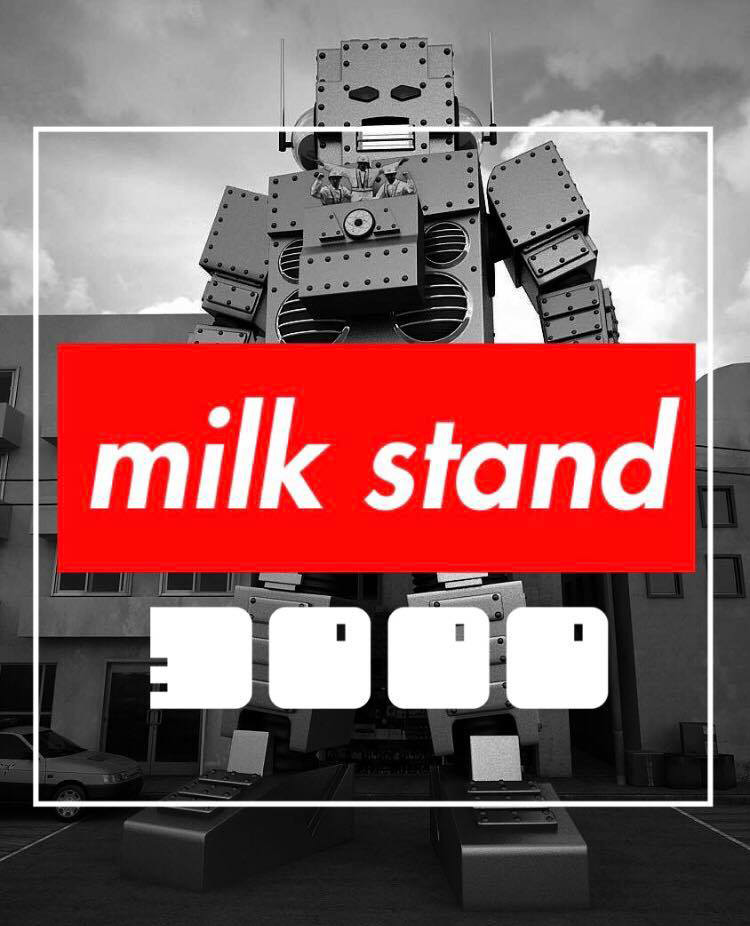