When we last checked in with The Phoenix Cocktail Club in January, the Cathedral Square lounge was chasing its Elf-focused holiday drink offerings and Kanye West-themed “New Yeez Eve” party with LoveShaq, a semi-regular tropical pop-up bar devoted to none other than Shaquille O’Neal. The latest LoveShaq went well and even got the blessing of Shaq himself (or at least whomever maintains his Facebook account), so Phoenix had big shoes to fill for its next pop-up affair.

April 5-7, the cocktail club will fill those shoes with tube socks when the bar temporarily turns into “Dad Bar.” Phoenix’s beverage director and noted local mixologist Adam Sarkis says this pop-up (papa-up?) will be on par with past events, with special decorations, music, and drinks planned to fit the concept.

“This party is clearly influenced by the dad craze—dad bod, dad hat, dad pants, dad shoes. It’s a funny concept that has so many different branches to explore,” Sarkis says. “The drink menu is gonna be very approachable.”

Without giving much away, Sarkis says patrons can expect new takes on familiar, classic cocktails. There will also be “lunchbox bottle service” offered to allow dads to share a box of domestic beer. Guests are also permitted—if not encouraged—to tailor their wardrobe to Dad Bar’s concept.

“Throw on a pair of Nike Monarchs or a fanny pack and blow the dust off that cell phone waist holster,” Sarkis says. “I’m going to be hanging out in Menards a lot for inspiration the next few weeks.” 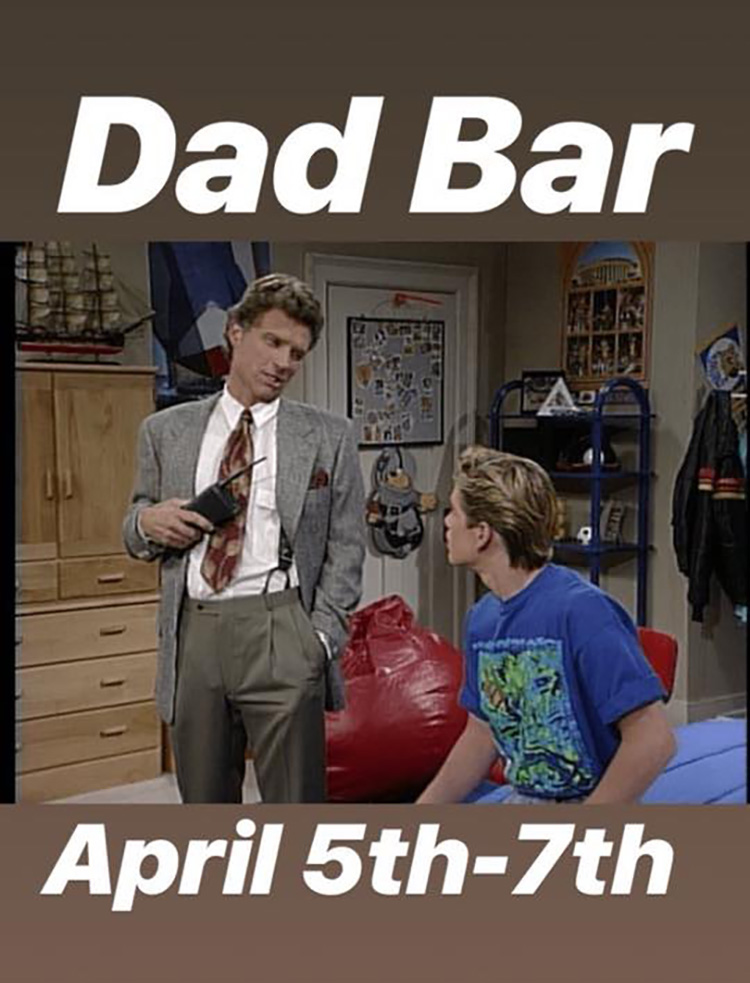