Today, pretty much every McDonald’s—and virtually every major chain restaurant—in America looks the same. They’re gray, box-y, and “modern” in all the worst ways. Though the vast majority of McDonald’s locations currently exist in cold and sterile uniformity to serve the same corporate-mandated menu items to customers in restaurants that look strikingly similar in their complete absence of character, there are some rare exceptions. For 20 years, one of those exceptions was in nearby Greenfield, Wisconsin.

The “Solid Gold McDonald’s” (located at 5040 S. 76th St. in the Milwaukee suburb) opened in 1991. During its two-decade existence, the fast food joint freed itself from the chains or “chain restaurant” regulations by operating with a distinct 1950s theme—with some nods to the ’60s, ’70s, and early ’80s, too—that wedged rock and roll memorabilia, classic car and motorcycle imagery, and other pieces of Americana into an active McDonald’s.

After two decades in operation, the Solid Gold McDonald’s closed on April 1, 2011 in order to re-open that summer as a modernized McDonald’s complete with updated decor, flatscreen televisions, WiFi, and exactly zero pieces of signed Buddy Holly memorabilia. It was the end of an area, but a sign of the times.

Recently, we were reminded of this incomparable Greenfield restaurant by way of a Twitter account called “nonstandard mcdonalds” that posts pictures of, well, non-standard McDonald’s locations from both the recent past and the present day. Thankfully, one of the commenters on the Solid Gold McDonald’s tweet shared a YouTube video of the location that was filmed during its last few days of operation before it was closed and subsequently renovated.

A user named “truckman4life012668” uploaded a 5:27 video that shows the clashing and crowded charm of Greenfield’s Solid Gold McDonald’s in early 2011. We implore you to watch the video to bask in the whimsical wonder of things like:

That’s just the half of it. At least by multi-national fast food conglomerate standards, the Solid Gold McDonald’s in Greenfield was a special place, and the sort of McDonald’s metro Milwaukee might never see again. 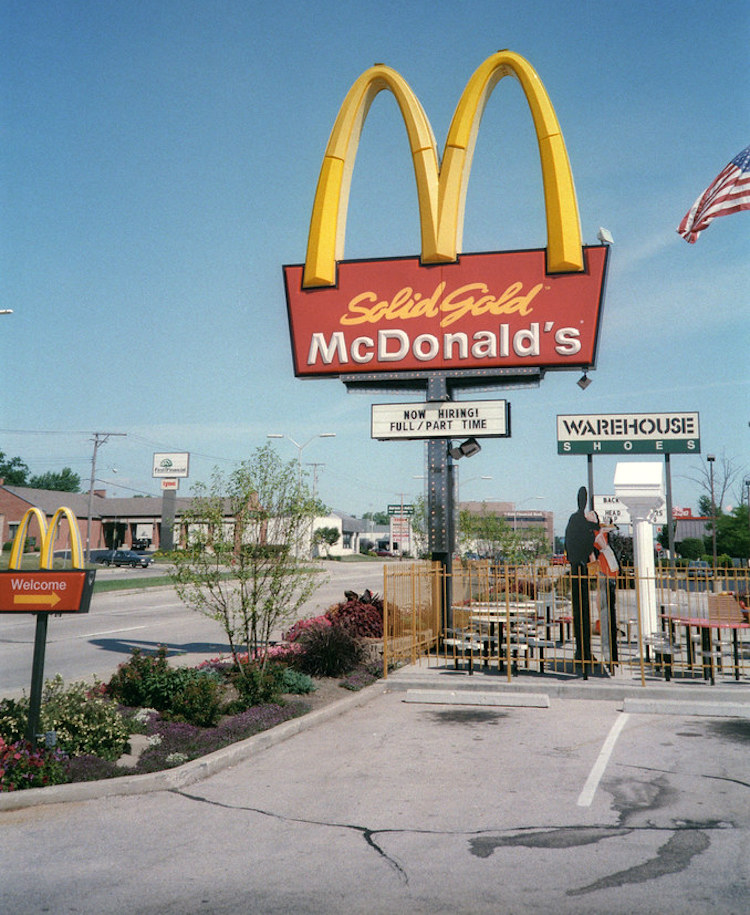