On October 9, we officially re-released Milwaukee Record Re-Porter, a beer we personally helped brew in collaboration with Company Brewing. Re-Porter is Company’s Night Rye’d Porter that has been infused with with cinnamon, cocoa nibs, medium roast coffee, vanilla beans, and three types of chiles (pasilla, chipotle, and mulato). This is our second batch of Re-Porter, and we’ve made no significant changes to last year’s well-received run of the 7 percent ABV porter. Oh, and $1 from each pint sold will be added to the sum we’re donating to Milwaukee Women’s Center as part of our January 19 Local Coverage benefit concert.

It’s currently on tap at Company Brewing, but in the coming days and weeks, the beer will also be available at more than a dozen Milwaukee area bars and restaurants as Local Coverage approaches (with the same $1 donation terms). These businesses are helping us support the Women’s Center, so we’d appreciate if you kept the support rolling by ordering our beer between now and the end of January. Here’s everywhere you’ll be able to get Milwaukee Record Re-Porter in the coming months. (This list will be continually updated to reflect when the beer is on tap and events we’re doing in association with Re-Porter.)

If you’d like to help out Milwaukee Women’s Center by selling Re-Porter at your bar or restaurant, contact us at [email protected] for prices and availability. 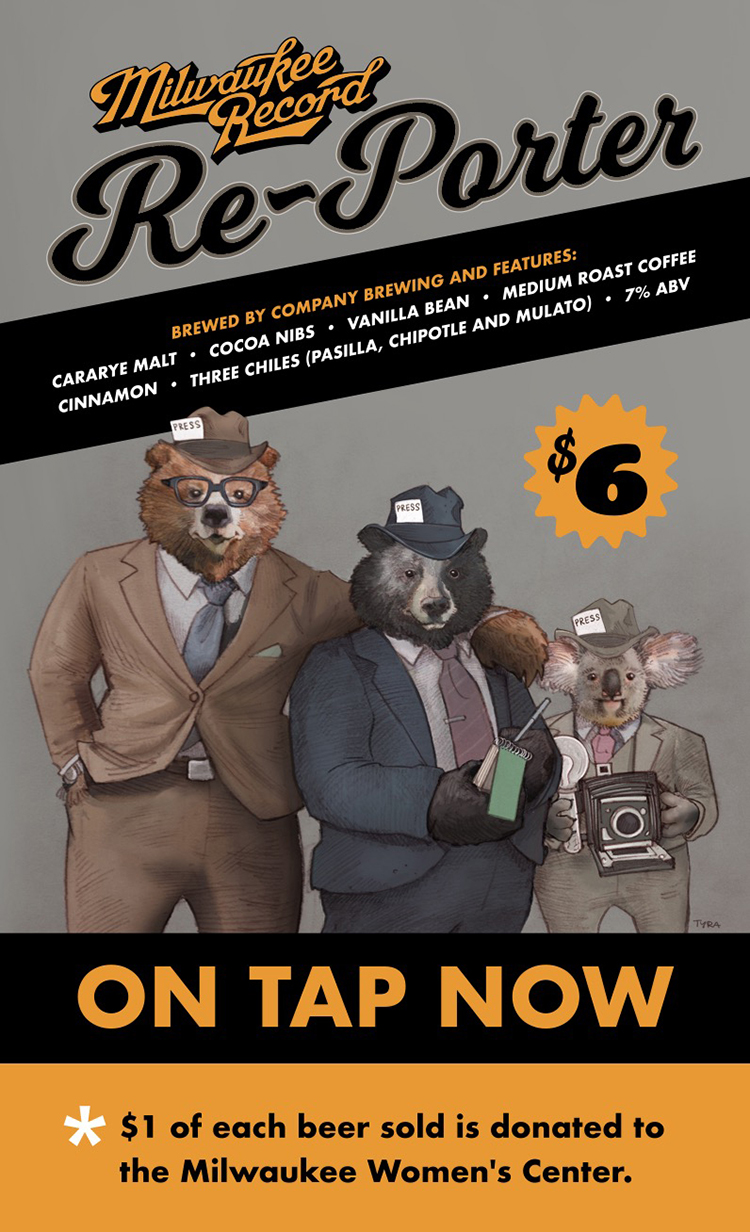