A food truck park called Humboldt Gardens Gourmet is planned for the long-vacant Humboldt Gardens building at 2249 N. Humboldt Ave. The iconic three-story building was built in 1890, and was originally a Schlitz tied-house tavern. Over the years it was home to a long list of bars and clubs, including Zak’s, the Spruce Goose, and Kilroy’s. The first floor has been vacant since 1992. A plan to redevelop the building into condos fell apart in 2019.

But let’s talk about Humboldt Gardens Gourmet. Developer Clarence Morse says he envisions not only a a food truck park in the lot outside the building, but a year-round tavern and coffee shop inside the building itself.

“We want to maximize, obviously, with the weather,” Morse says. “It’s would be rough to do a four-season, outdoor-type facility. We’re looking to have a bar-slash-coffee-shop and maybe a bakery on the first floor indoors. We’d like to see vendors outside in the food court or truck area. We’ll get great southern exposure from the sun. And we’ll do a little stage and maybe some live music on weekends.” 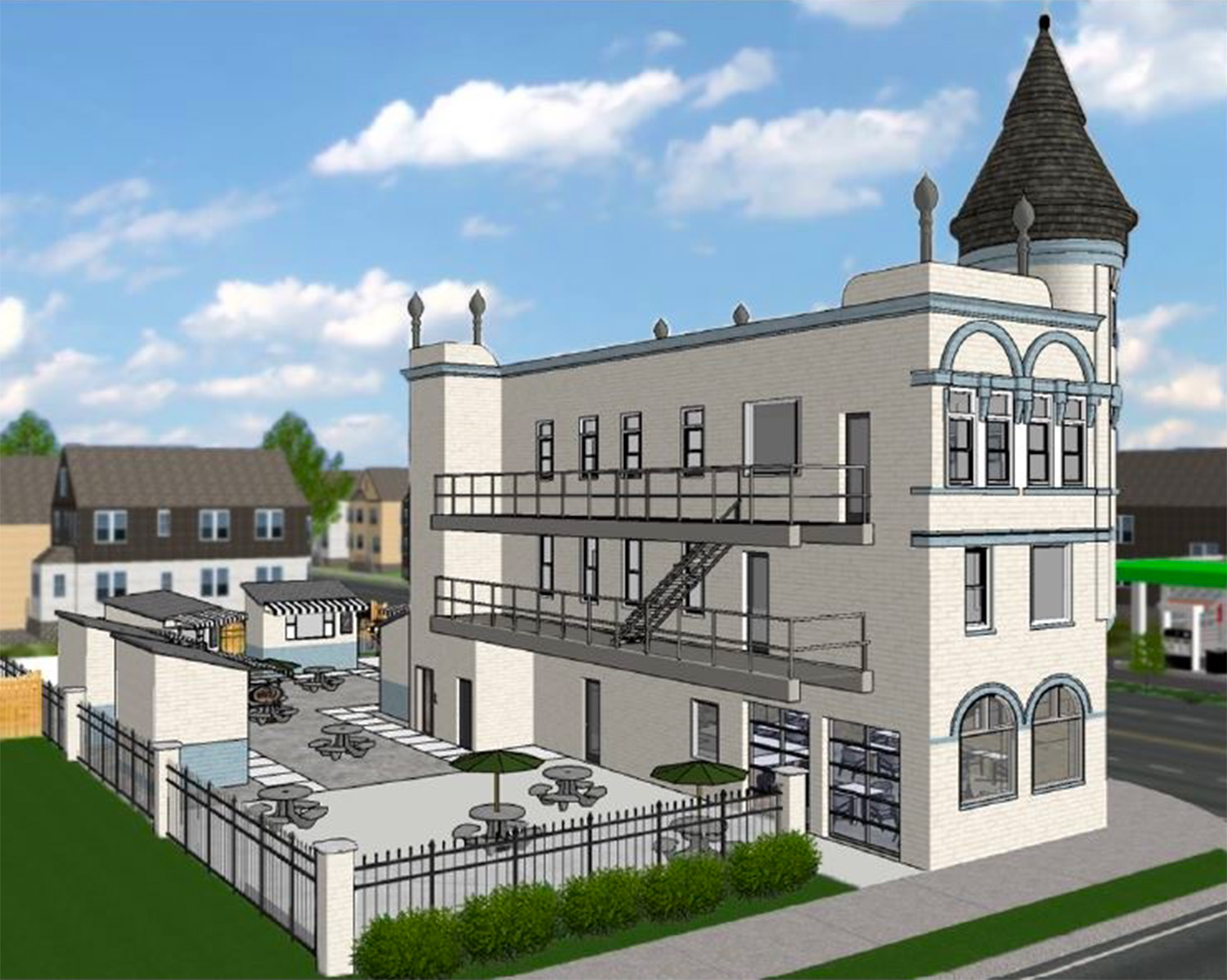 The building is in rough shape, Morse says, and construction and renovation will likely take a year.

“The goal would be to get it watertight by winter, and then do structural repair over the winter,” he says. “From there, as the weather gets nicer, we’ll do the exterior stuff. It would be very optimistic to catch the tail end of summer [2022]. I think it’s going to take us a good year to get this thing habitable.”

Morse was previously the contractor for Upstart Kitchen in the city’s Sherman Park neighborhood. He says the shared nature of places like Upstart Kitchen and Humboldt Gardens Gourmet give vendors a greater chance to succeed.

Vendors have yet to be lined up for Humboldt Gardens Gourmet. Stay tuned.