We’re currently living in the golden era of the chicken sandwich. There’s never been more places to procure these portable poultry preparations, and it’s safe to say there’s never been more inventive or more delicious takes on chicken sandwiches than there are right now. Metro Milwaukee is no exception, with countless local establishments getting in on the hot chicken trend, as national chains (with local availability) also throw their hat into the ring.

Starting this weekend, the region will have yet another place to enjoy the popular sandwich when Dave’s Hot Chicken opens its first Wisconsin location. The fast-growing chain’s first restaurant in the state is in Menomonee Falls (at N92W16125 Falls Pkwy, to be exact), with plans to open to the public on Friday, January 28.

Prior to entering the Wisconsin market, Dave’s Hot Chicken—which started as a pop-up venture in a West Hollywood parking lot—opened more than 40 locations in seven states and three restaurants in Canada. Its small menu is squarely focused on chicken sandwiches and chicken tenders (both offered in seven heat levels that range from “no spice” to “reaper”), along with sides like french fries, mac & cheese, kale slaw, and milk shakes. 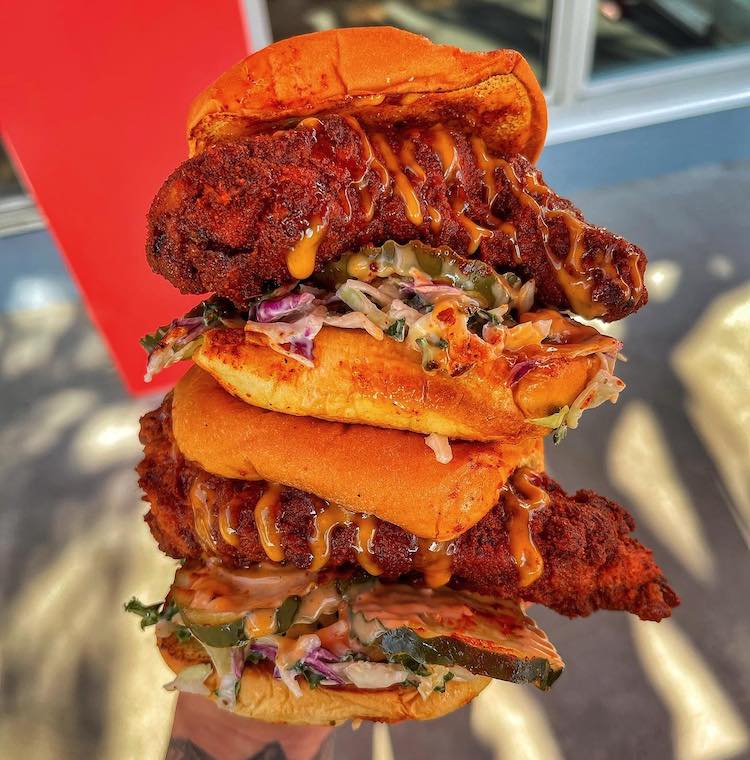