A city just isn’t a city without a trademark structure in its skyline. Paris has the Eiffel Tower, Seattle has the Space Needle, Dubai has that huge building from Mission: Impossible — Ghost Protocol, and Cudahy has an iconic Arby’s sign. The oversized neon beacon of beef at 5965 S. Packard Ave. is a beautiful sight that’s been imitated by Pharrell Williams and Norm Macdonald (as Burt Reynolds).

We visited the Cudahy Arby’s this week for some horsey sauce-slathered goodness and a look at the 40-something-year-old sign. During daylight hours, the big retro hat is a work of art. By night, however, it’s showing a little age. (Who isn’t?) Some of the neon letters that had previously shone so majestically in the Cudahy night sky have gone the way of ol’ Burt, leaving some gaps in the sign’s message.

We have complete confidence that a reliable biz like this one will get their neon back to full strength before you can say “Brendan Kelly will be performing at Cactus Club on January 11.” But, ahead of those fixes, we thought it might be helpful to determine which burned-out neon letters are most crucial to delivering the giant hat-sign’s meaty message. With that in mind, here are the 15 burned-out neon letters in the Cudahy Arby’s sign, ranked in order of importance.

13-15. (TIED): North side A, North side R, North side B
They’re flickering a bit, so we’re not even really sure if these count as burned-out. Plus, you don’t need the neon “ARB” to know that this place is an Arby’s.

12. South side S
11. South side I
The word “IS” isn’t really that important to this sign. However, if only the S was burned out, the sign would read like something we imagine an Arby’s sandwich might say about itself: “Arby’s roast beef sandwich. I delicious.”

10. South side D
9. South Side E #3
If “IS DE” remained burned out, but the rest was there, it’d say “Sandwichlicious” at the end, which is a perfectly cromulent culinary term.

8. South side L
Just move on to the next one. 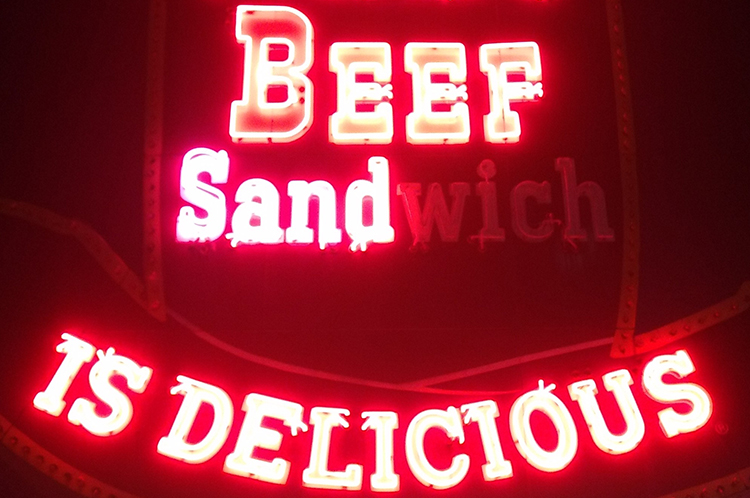 7. North side I
6. North side C
5. North side H
If you see the letters “SANDW,” you don’t need “ICH” to assume there’s a sandwich involved. Unless you think it’s Sandwell College in West Bromwich, England; whose Central Campus is among the most modern further education colleges in the UK, even though their history dates all the way back to the 1840s. You never want to say for sure, but in most cases where a person approaches this sign with “ICH” burned out, we think they would assume this particular Arby’s offers roast beef sandwiches and not an excellent British education for full-time students age 16-18, as well as thousands of adult learners. 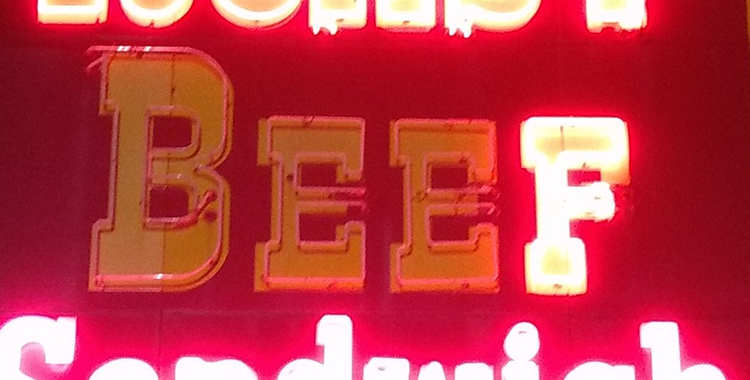 1. North side W
Beef sand probably is delicious at some restaurant where they also serve salmon floss and chocolate paper airplanes or whatever. However, we’re pretty sure molecular gastronomy has yet to make it to Cudahy and we’re positive that it ain’t happening at the Arby’s. 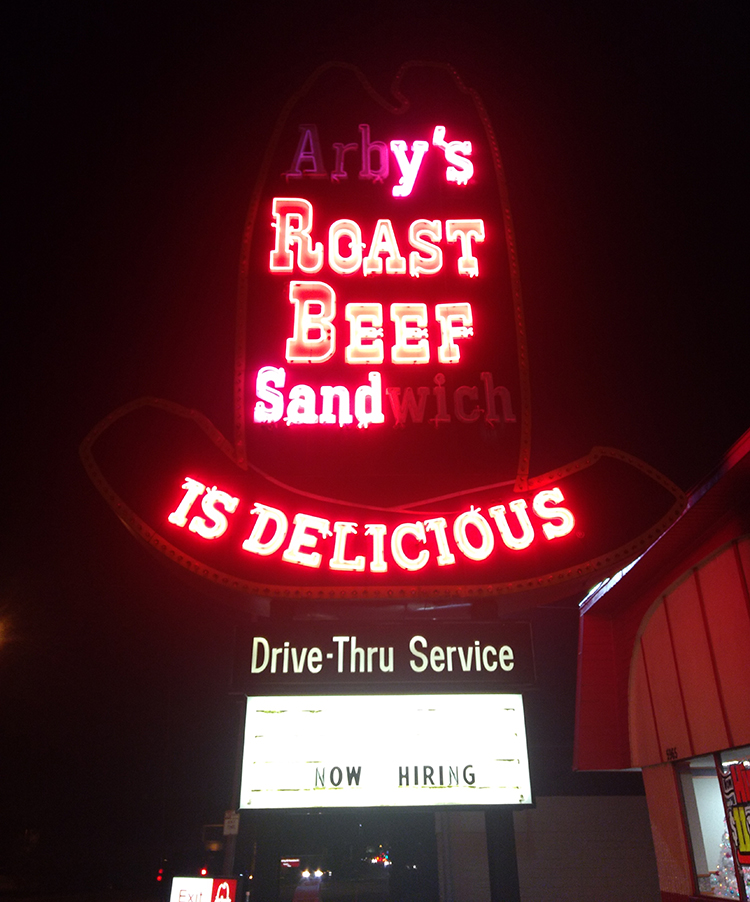 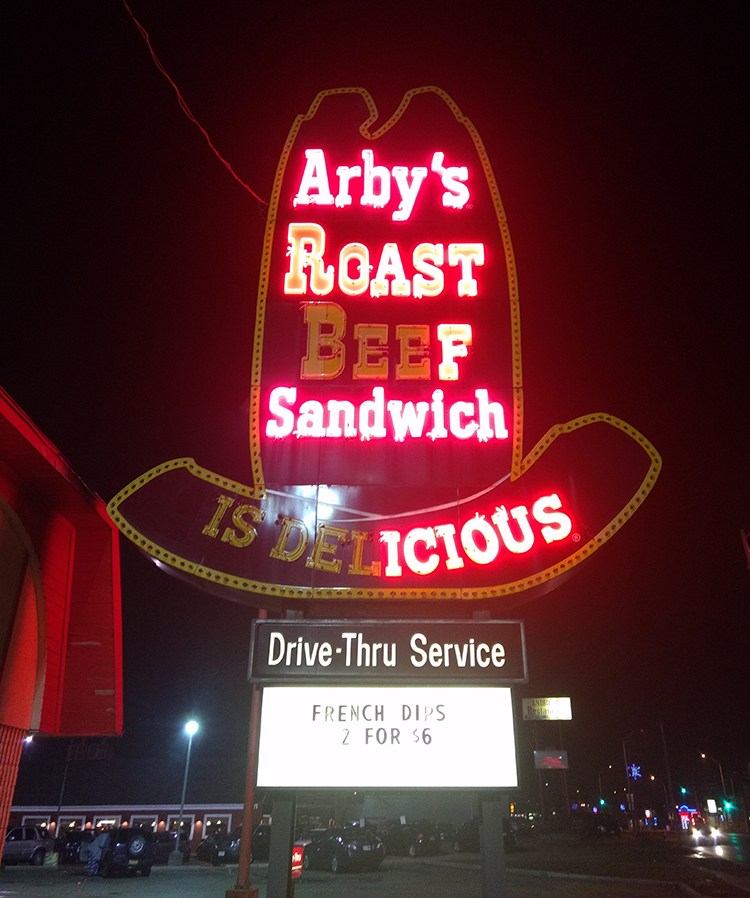