The Wisconsin State Fair has ended, and the cream puffs, cricket nachos, and deep-fried everything are gone until next year, but you can still get fried fish at the State Fair Inn (8101 W. Greenfield Ave., 414-778-0760) right across from the fairgrounds. The building was first a Schlitz Brewing Company bar in the early 1900s, opening not long after the State Fair moved to West Allis in 1892. Since 1921, the Potocic family has owned the bar and restaurant. In fact, Bill Potocic, whose grandfather was the first in the family to own it, was serving drinks behind the bar when I was there.

The corner-bar facade of the building belies a more comfy but refined interior. A large square bar appears as you enter, with a sparkling ceiling above it, and swords adorning the walls. As I made my way from the front bar area to the back dining room, I noticed the whole place was carpeted, and wood paneling covered all the walls. Frank Sinatra was playing on the stereo system as I found my seat.

I ordered a Brandy Old Fashioned Sweet, and although it wasn’t muddled, it was one of the best Old Fashioneds I’ve had in at least a few months. I went with the cod fry, and was brought a bread basket while I waited. Although I was disappointed they didn’t have clam chowder, I was pleased to find their meals come with a cup of soup. I chose the tomato cabbage, which was homemade. This was the highlight of the meal, and you could tell it must have been an old family recipe. It, along with the rest of the meal, was served on tableware from yesteryear. I commented on how cool the dishes were to my waitress, and she half tongue in cheek said that they may have been from when the place opened. 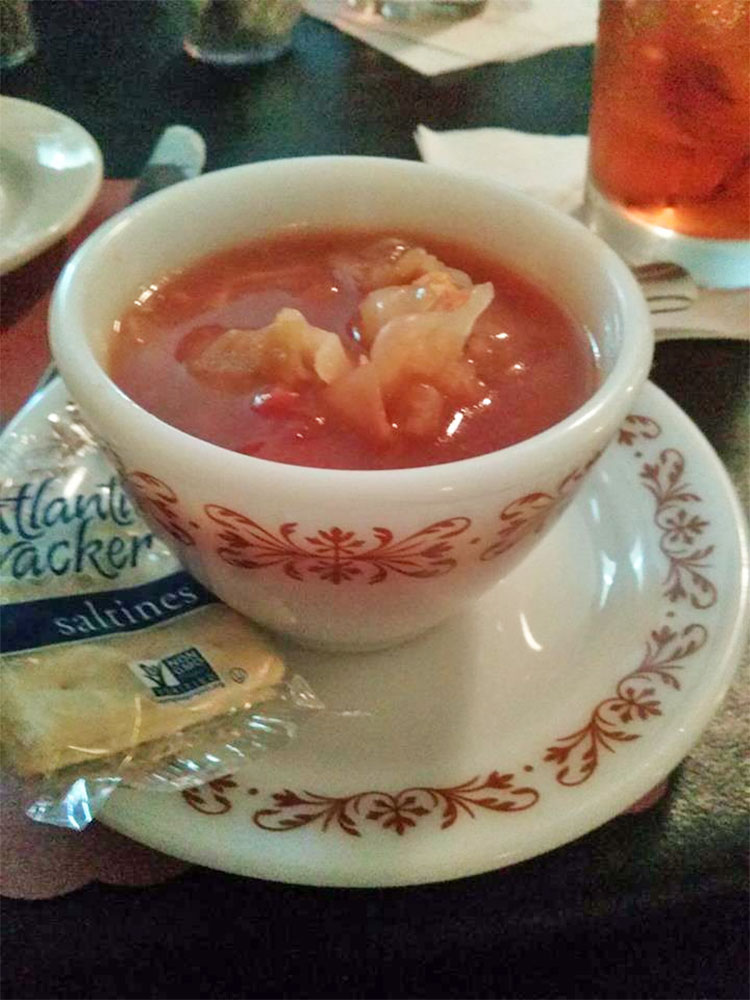 The fry came with two pieces of cod, which were decent, although the batter wasn’t anything too exciting. It was a little greasy and didn’t have much texture to it, but the overall taste was good. The batter looked to cling a lot better to the perch though, which my friend had, and said was satisfactory. The fries were your average crinkle cut variety. Finally, the coleslaw had mustard seeds, and also had a little bit of a kick to it, making it a far cry from some of the tasteless and bland coleslaws that sometimes get thrown on plates as decoration.

The State Fair Inn’s website claims, “Several of our customers have been loyal patrons for several years and have become members of the State Fair Inn extended family.” This may be a bit of an understatement. Most of the clientele was quite old, and I have a feeling they have been coming for longer than several years. It appeared that a few of the workers belonged to the Potocic family, and there seemed to be a closeness between patrons and workers, not unlike a family. If I had a family, this is definitely the type of place I’d want to bring them to, because it felt a little bit like home. 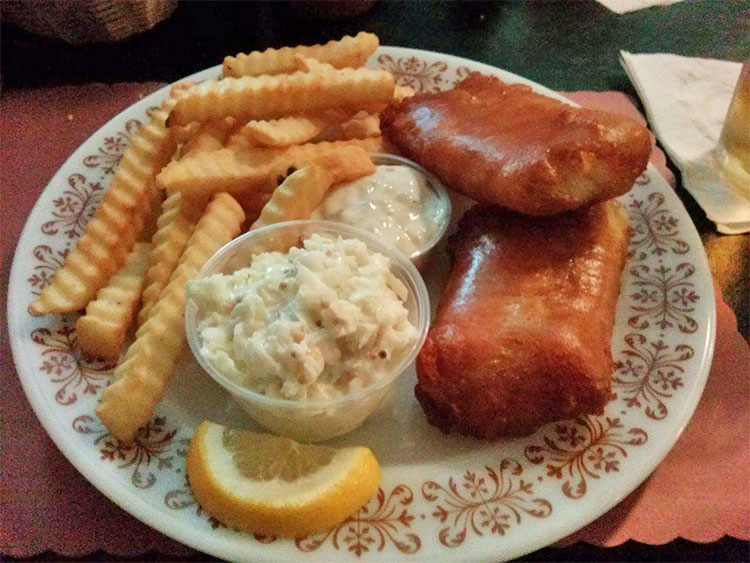