Forgive us for being a little bit late on this, but you should check out Taste The Nation With Padma Lakshmi immediately. The new Hulu original series—which put out its first season on the streaming platform late last week—follows author, actress, model, and Top Chef host Padma Lakshmi around the U.S. as she samples the county’s beloved food and drink standbys in an attempt to capture and catalog the diverse cultural contributions that come together to make up “American” cuisine. We’re a few episodes in and we approve.

More specifically, we thoroughly enjoyed the docuseries’ second episode, which brought Lakshmi to Milwaukee (and its surrounding suburbs) to trace the history and longevity of “The All American Weiner.” Over the course of the 31-minute episode, the show covers expected regional staples like hot dogs, sausage, beer, and the German cuisine. Along the way, Lakshmi shares screen time with some locals of note, some iconic dishes and drinks, and cruises around Downtown Milwaukee in the Wienermobile. In order of appearance, here are some of our favorite Milwaukee (or metro Milwaukee) moments from “The All American Weiner” installment of Taste The Nation With Padma Lakshmi.

1. The episode starts with Lakshmi enjoying a hot dog at a Milwaukee Milkmen game.

2. Within moments of the show’s start, viewers are treated to an aerial shot of Milwaukee’s Downtown, a shot of the Milwaukee River, and a view beneath the Hoan Bridge.

3. As the host cruises around in the hulking hot dog on wheels, there are cameos from Kristen Mader from Mader’s and Russ Klisch of Lakefront Brewery, who talk about local food and drink culture.

4. Rick “The Hot Dog Guy” Karbash from Real Doggs also shows up to weigh in, too. 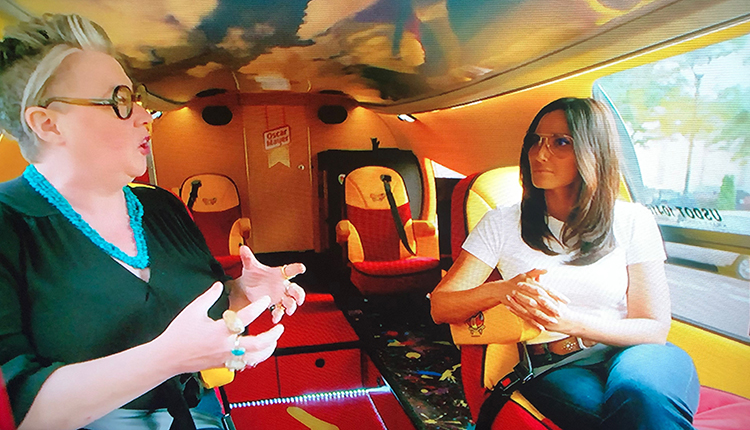 5. As they circle Downtown together, Lakshmi, the Wienermobile driver, and another woman all break out into a rousing rendition of the Oscar Meyer Wiener song. Soon, that third woman is identified as none other than local author Christina Ward. All three are delightful. 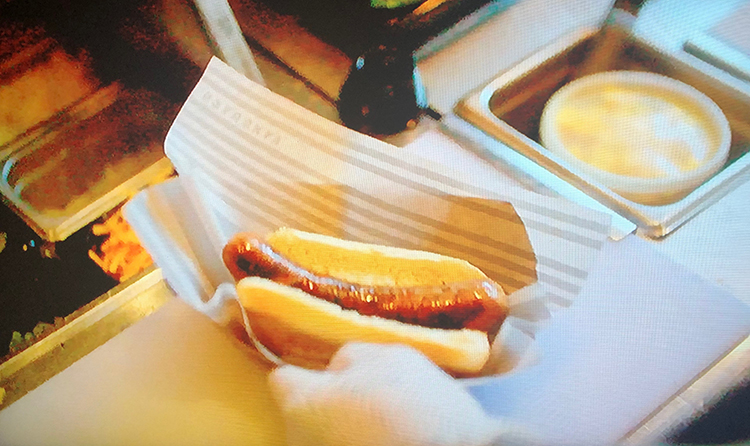 7. A sausage from The Vanguard is also shown briefly, but the Bay View bar and sausage emporium is never mentioned or featured again.

8. The host eventually makes her way to Usinger’s, where the learns about the business’ history and helps smoke some summer sausage before splitting a brat with fourth-generation owner Fritz Usinger.

10. Instead of spending much time at Miller, the show focuses more so on Lakefront Brewery, including a mouthwatering shot of a freshly-poured Lakefront Lager. 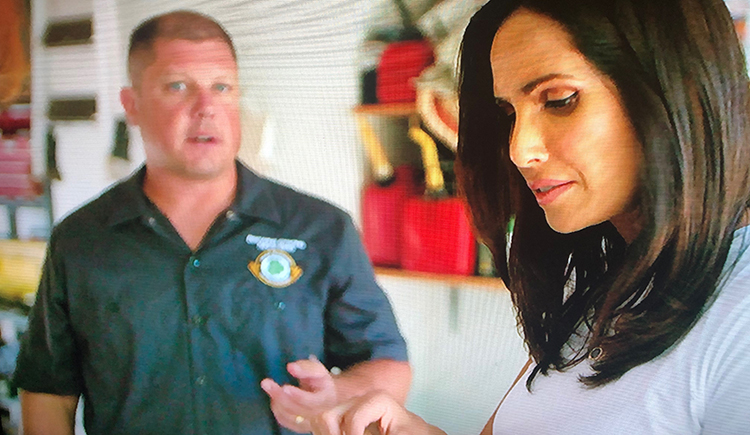 11. Sticking with the beer theme, Lakshmi then goes to the suburban garage of award-winning homebrewer Josh Strupp and proceeds to crack jokes about burping.

12. From the beer theme, Lakshmi then shifts the show’s focus to traditional German cuisine, which includes a stop at Kegel’s Inn. There, the conversation (with current Kegel’s owner Julian Kegel) takes a semi-serious turn to the topic of German assimilation during/after World War II. Eventually, the mood lightens though, as the pair pounds Wiener Schnitzel and Lakshmi makes a pretty solid joke about doing kegels. 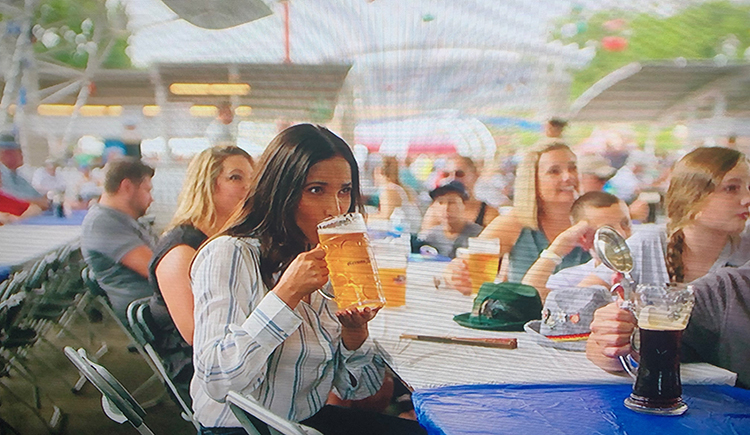 13. Before episode’s end, Lakshmi makes her way to German Fest, where she sips a gigantic stein of beer, rides the Skyglider, eats part of a pig’s face, and has “the best pretzel of [her] life” at the Milwaukee Pretzel Co. stand.

Even though we just ran through much of what you’ll see, both this Milwaukee-centric episode and the series in general are definitely worth a watch. Season one of Taste The Nation With Padma Lakshmi can be streamed on Hulu now.