It’s been less than a year since Milwaukee Film took over operation of the historic Oriental Theatre. In that time, the ever-busy nonprofit arts organization has made a number of improvements to the 91-year-old East Side gem: new projection equipment, general repairs, and (finally!) an expanded first-floor women’s bathroom. Oh, and their programming has been incredible.

But there’s more where that came from: Last week, Milwaukee Film detailed plans for the second phase of their multi-phase Oriental restoration. Beginning May 15, work will begin on the following items:

• Improved sound. Are you peeved when can you hear sound bleeding over from the theater next door? Milwaukee Film will work on better sound separation. Work will be also done to upgrade sound clarity in the main house (both downstairs and in the balcony), and upgrade sound clarity for guests who use assisted-listening devices.

• New seating. Milwaukee Film will replace all the seats in the westernmost side house. Sight lines will be improved, too. As for new seats in the main and east houses, hold on to your butts until 2020.

• Safety. Do you enjoy little things like fire alarms and exit doors? Of course you do. Milwaukee Film will beef up these important safety features.

Due to the restoration/renovation work, the west house will be closed later in the summer, and there may be other “hiccups and transitions.” Still, Milwaukee Film says that “our goal is to keep everything up and running because we know how much this cinema means to Milwaukee, to film, and to you.” If these improvements (and the improvements to come) mean having to endure a few GeoCities-era “Under Construction” GIFs, so be it.

Oh, here’s a picture of us backstage at the Oriental with Tommy Wiseau: 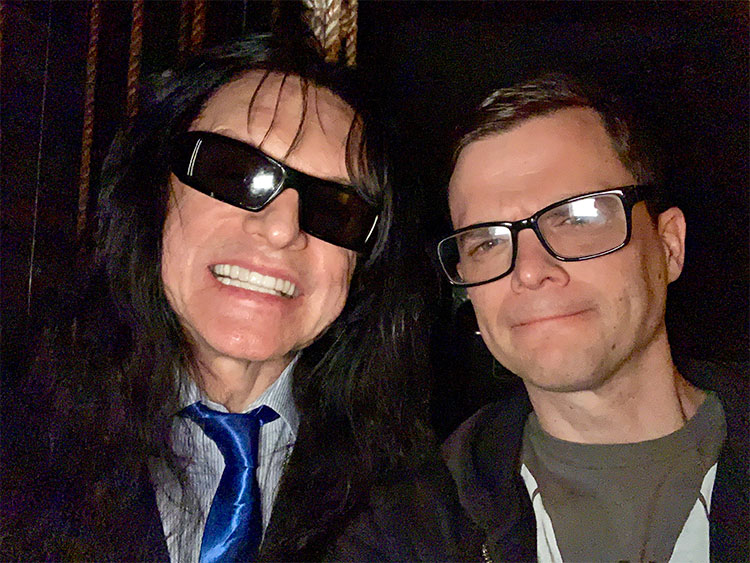