Supernatural was a show about brotherhood, family, and killing monsters that aired on The CW television network for 327 episodes that spanned 15 seasons. The series told the story of two brothers who travel the country in a 1967 Chevy Impala to kill monsters, angels, demons, and God himself.

The adventures of Sam (Jared Padalecki) and Dean Winchester (Jensen Ackles) took them back and forth across the country many times over, and they made quite a few stops in the fine state of Wisconsin. Fourteen of the 327 episodes saw stops in the Badger State, with many more episodes featuring allusions to Wisconsin, thanks to production designer Jerry Wanek and the show’s creator Eric Kripke.

Supernatural was in Wisconsin so frequently during its early run that people began to notice. In a 2008 TV Guide chat, a user asked Kripke: “In the past two seasons, you have had a lot of episodes based in Wisconsin. What is up with that?” Kripke replied, “I do love Wisconsin—my brother and sister went to summer camp there growing up—but I have to admit there’s no particular reason stories are set there.” It was more about the Midwest than any state in particular.

Of course, that wasn’t the case for Wanek, a Manitowoc native, who did his best to represent Wisconsin by putting Manitowoc references on TV throughout his time on the show. Manek sprinkled episodes with real-life places like Jack’s Beer Garden and Whitelaw Sausage Co. in the background of scenes. Wanek also found a way to work in multiple references to “The Manitowoc Minute” and the Green Bay Packers during the show’s run.

In celebration of the show’s final episode, Milwaukee Record has compiled every time Supernatural came to Wisconsin. 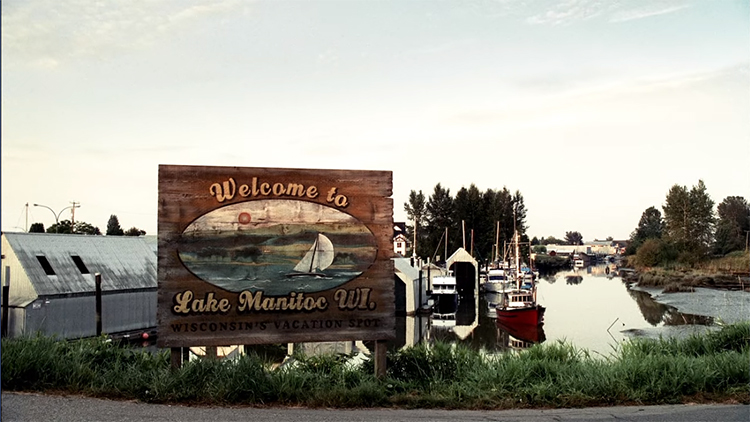 The Winchester brothers make their way to Wisconsin very early in the show’s run with the third episode taking place in the fictional (but real sounding) town of Manitoc, Wisconsin where the bodies are piling up as a result of drownings. The local authorities are ruling them all as accidents, but Sam and Dean suspect otherwise.

After flirting with the idea of a lake monster similar to the Loch Ness, the brothers find a connection to the accidental drowning of a boy thirty-five years ago. Turns out, it wasn’t an accident. Dean gets help from a local boy named Lucas (who quit talking after seeing his father drown) and the brothers are able to put an end to the vengeful spirit’s reign of terror. Before heading off to the next town, Dean teaches Lucas (who talks now) the phrase “Zeppelin rules!” As one does. 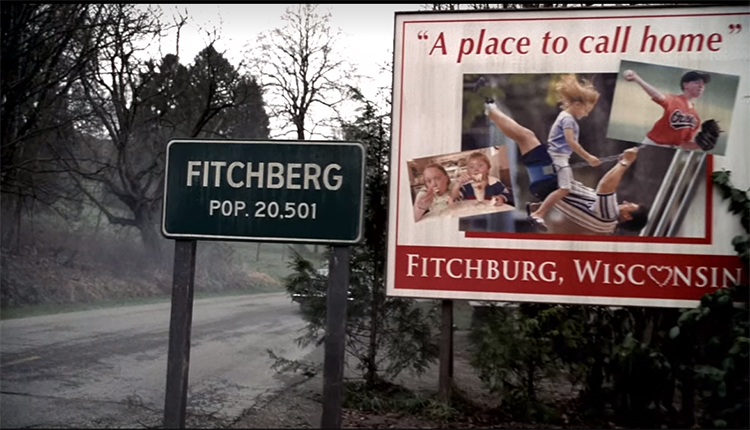 The children of Fitchburg/Fitchberg (the show isn’t quite sure) are falling into comas for no reason, which is reason enough for John Winchester to send his sons to investigate. The local doctor has no answers, but the research leads the Winchesters to a witch known as a Shtriga that feeds off children’s life force.

It turns out that their dad faced a Shtriga up the road in Fort Douglas 17 years ago, but was unable to stop it and the Shtriga has been doing this for a long, long time. The memory of that event triggers some flashbacks as well as some classic Sam and Dean arguing about their dad before they ultimately take care of business with consecrated iron bullets. 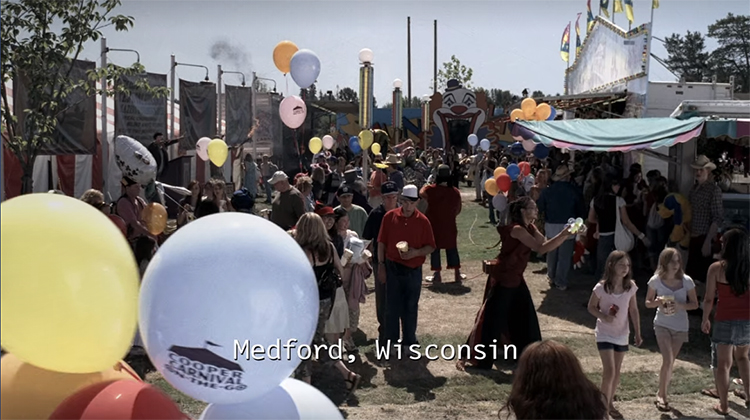 The second episode of season two sees the brothers still recovering from the events of season one, especially Dean. There will be angst.

Sam and Dean get back on the road when Ellen, a friend of their dad and fellow hunter, points them in the direction of a local unsolved case involving kids who see clowns and their dead parents. Has this type of thing happened before? Of course it has.

The tensions are running especially high between the brothers in this episode after the death of their father, but they manage to do identify the demon as a Rakshasa thanks to a call with Ellen. The Rakshasas are a race of ancient Hindu creatures that appear in human form, feed on human flesh, can make themselves invisible, and can’t enter a home without first being invited. Luckily, the Rakshasa can be killed with brass, which Sam manages to pull off of a nearby organ to finish the job. 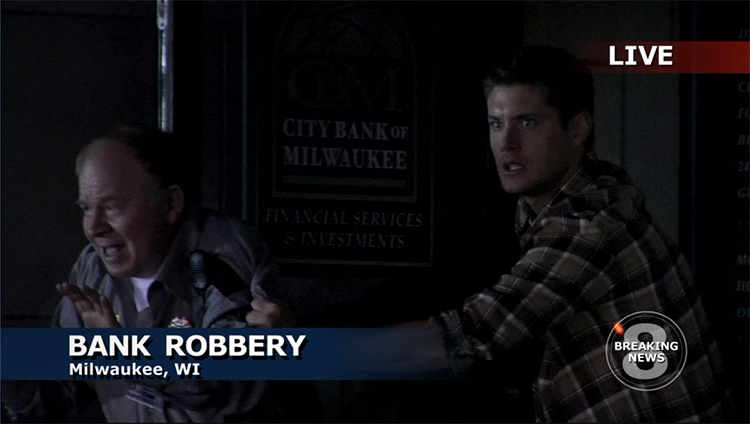 After the robbery of Milwaukee National Trust by Juan Morales, he went home and killed himself. The security guard, Ron, swears that Morales was not actually a man, but instead a “man-droid.” This turns out to be not too far from the truth, as the robber was actually a shapeshifter and he’s looking to strike again. The brothers try to talk Ron out of his conspiracy theory for his own protection.

However, Ron is undeterred and ends up pulling his gun at the bank and taking everyone hostage. Sam and Dean are forced to clue him in on what is really happening as the cops lockdown the building. Sam and Dean hunt the shapeshifter in the bank as it changes into the hostages while simultaneously trying to avoid being arrested by Special Agent Henriksen, who has been on their tail for weeks.

This is the only episode of Supernatural to take place in Milwaukee, but the city has been referenced a total of five other times on the show. The final time, season 11’s “Just My Imagination” sees a young version of Sam breaking up with his imaginary friend because he has to take a bus to Milwaukee. 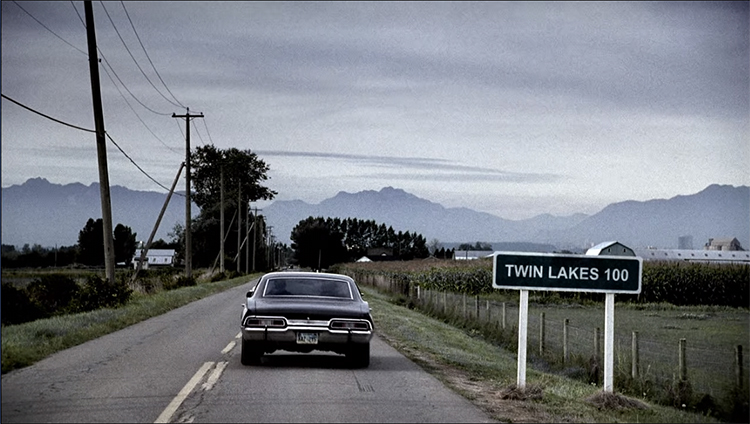 Sam has been missing for days when he gives Dean a call to let him know that he’s in Twin Lakes. Dean arrives at the motel to find his brother covered in blood. Sam checked into the motel two days ago under the name of Richard Sambora, but he holds no memories of what he has done. Considering there was any room vacancies, it must not have been during Country Thunder.

The two get into the Impala and head out of town in search of where Sam’s been and what he’s done, far away from Twin Lakes. 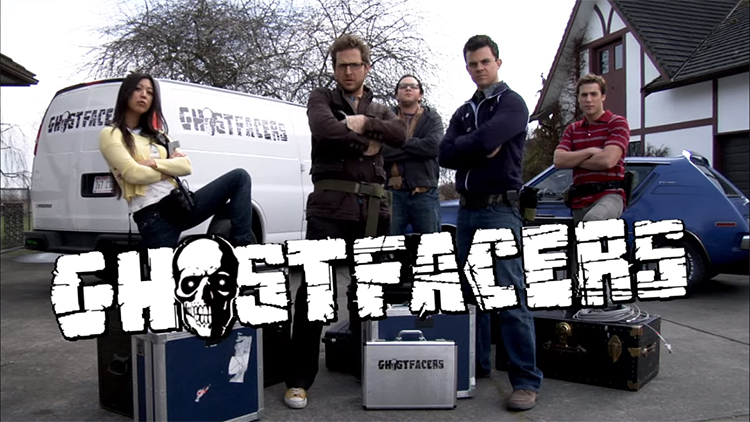 Based on a real (?) Wisconsin ghost story, season three’s Ghostfacers sees the Winchesters take a backseat to the pilot of a fake reality show called Ghostfacers.

The “pilot” features Harry Spengler and Ed Zeddmore, who first appeared in season one’s “Hell House” episode, as a pair of wannabe paranormal investigators looking to launch their own reality TV show. They head to the Morton Mansion that becomes the most haunted place in America for one night, every four years. The most Wisconsin part of this episode has to be when the Ghostfacers headquarters, run out of Ed’s parents’ garage, is temporarily ruined when Ed’s dad opens the door to park his car. 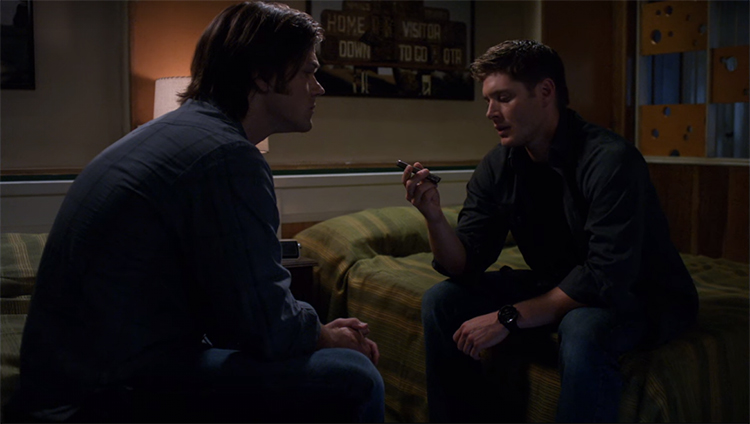 Another episode where the Winchesters take a backseat to the action, as this is a Bobby-focused episode. Sam and Dean are examining a body in Kenosha with its chest cracked open and a claw inside. They call Bobby for information who tells them its a lamia, a monster out of Greece that squeezes their victims’ hearts and sucks their blood.

The two end up taking care of the demon and call Bobby from a Packers-themed hotel in Kenosha that has cheese window separators. He yells at them. 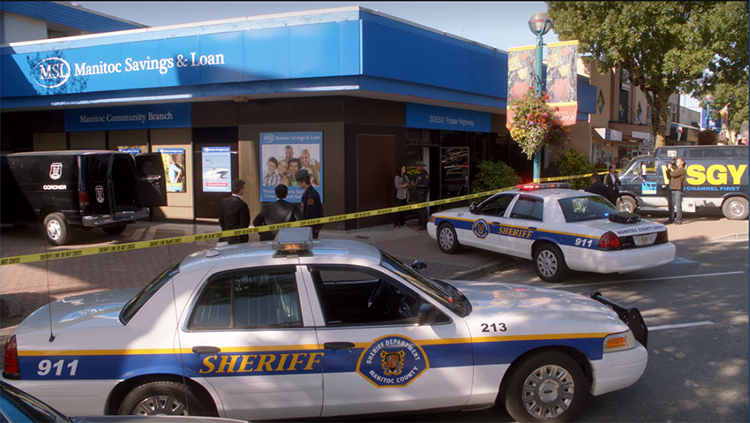 This episode makes a very brief stop in Manitoc, where a pair of FBI agents are called to the scene of a robbery that Sam and Dean allegedly committed. Of course, it isn’t Sam and Dean who are committing the crimes. It is Leviathan clones of Sam and Dean who are robbing towns that the brothers have worked in the past in order to frame them. 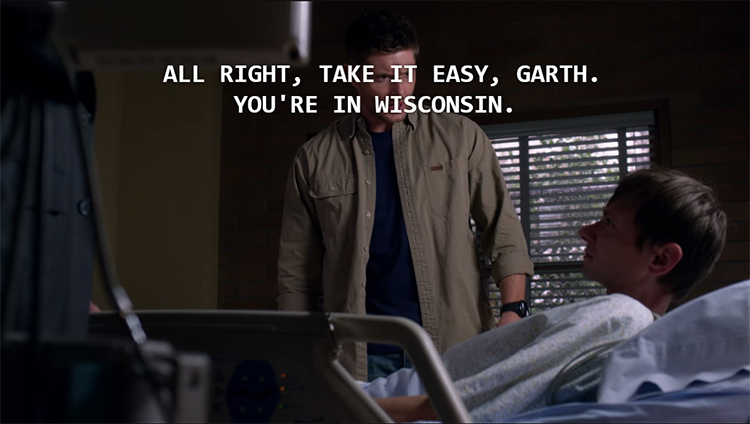 Sam and Dean make their way to Grantsburg, Wisconsin where their friend Garth (played by DJ Qualls) is in the hospital. The brothers aren’t talking at the moment, but they both show up for their friend. Garth is hesitant to share what happened to him because he’s now a werewolf, a supernatural being that Sam and Dean have hunted many times over.

Garth ends up revealing that he has a werewolf wife named Bess and that they are part of a benevolent pack of werewolves, but Dean has his doubts. He is ultimately proven right by Bess’ cousins and stepmother because this is a TV show about killing monsters. Garth and Bess are good werewolves though. More on them later. 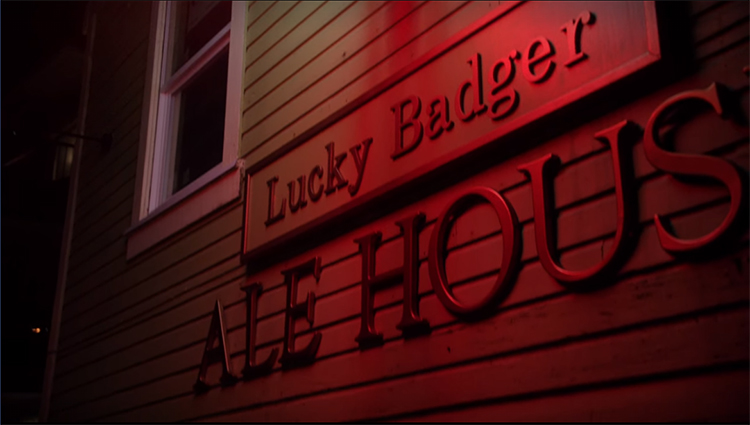 It’s more Werewolves in Wisconsin as Sam, Dean, and Mick from the British Men of Letters (an ancient order of demon hunters) head somewhere in Wisconsin to investigate a werewolf attack outside of a bar. They soon find Claire Novak, a teenage hunter, who has also been investigating the case.

Claire ends up bitten and is on her way to becoming a werewolf herself when Sam discovers an old technique in the Men Of Letters archives that could cure her. All they need is the blood of the werewolf who sired her, the bartender. The bar of the attack is called Lucky Badger Ale House which is might be a bit too on the nose, even for a Wisconsin bar. 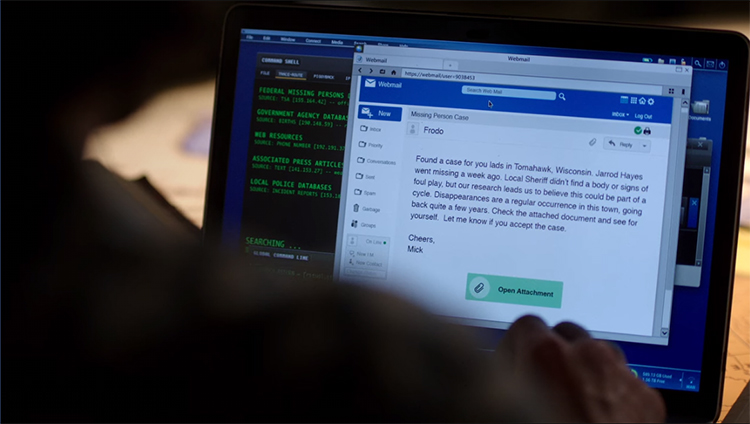 A group of young people are partying around a campfire in Tomahawk, Wisconsin when one of them is attacked by a creature in the woods. The rumors around town are that “Black Bill,” a local urban legend, is responsible.

The legend turns out to be just that with the truth being that a local family has been sacrificing locals to the god Moloch that they have caged up for their own financial gain. Dean is set to be the next victim of the Moloch when Sam shows up with The Colt (a gun that can kill anything made by Samuel Colt) manages to save the day. Black Bill is not a real Wisconsin urban legend. The Hodag is a real Wisconsin urban legend, but it never appeared on Supernatural. It did appear on Scooby Doo though. 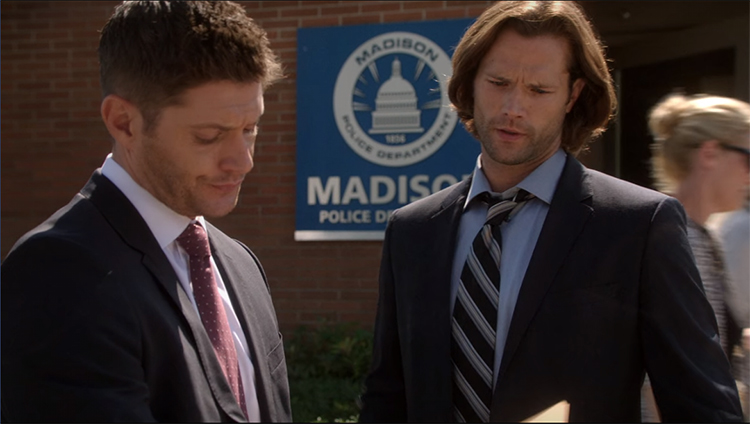 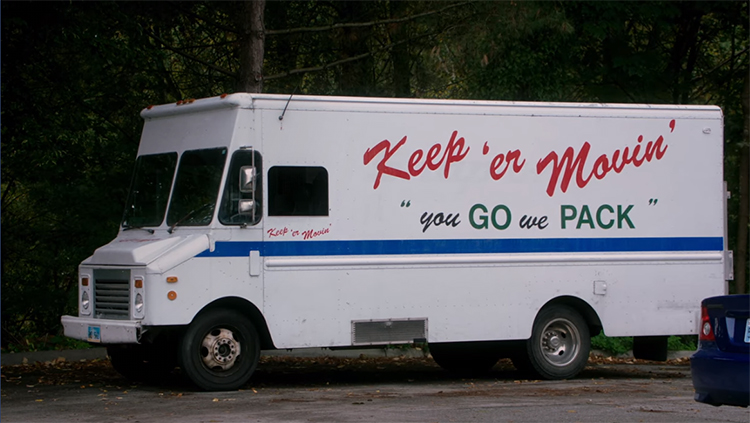 This episode does not take place in Wisconsin, but it features what might be production designer Jerry Wanek’s most overt tribute to the “Manitowoc Minute” and the Packers. This is his masterpiece.

Make sure all yous watch Supernatural tonight and see if you can't spot some Keep Er Movin labeling. Shout out to da great Jerry Wanek for making it all possible pic.twitter.com/R22Z2uweYj

Sam and Dean make one more stop in Wisconsin before the end of the series as they go to help their old friend Garth. Before getting into the case, Garth (who is a dentist for werewolves now) fills 17 cavities for Dean because the Winchester brothers have bad luck thanks to God turning against them. While Dean is under the effects of nitrous oxide, he does a tap dance routine with Garth in a dream. 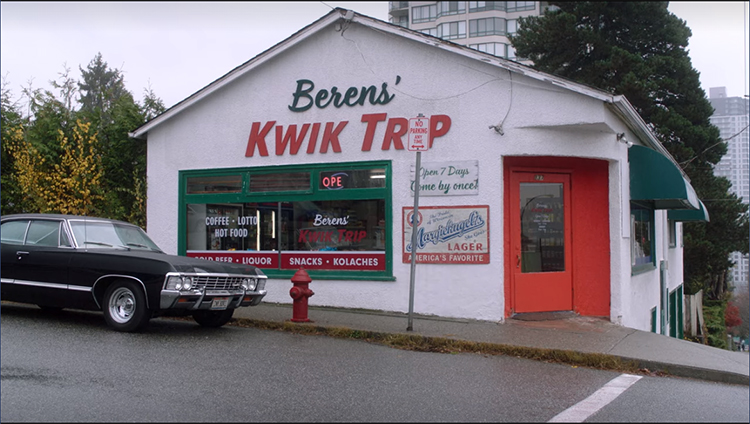 The brothers end up discovering a monster fight club and find themselves locked in a cage with a match against a vampire known as the Mighty Maul later that night. Garth manages to save the day and blows up the fight club, killing all the monsters inside. The episode, and Sam and Dean’s adventures in Wisconsin, ends when the brothers get in their car and drive off to Alaska, never to return to Wisconsin again.