With hundreds of bands playing on a dozen stages over the course of nine days (usually 11 days in pre-pandemic times), Summerfest‘s claim of being “The World’s Largest Music Festival” seems quite accurate. That’s no secret to anyone who lives in Milwaukee or, really, anywhere in the Midwest. However, nowhere near as many people know that for roughly 40 years, Summerfest also used to double as one hell of a comedy festival. Even when ignoring George Carlin’s infamous 1972 Summerfest arrest after performing his “Seven Words You Can Never Say On Television” routine, The Big Gig annually offered up an impressive list of comedians who performed on the grounds. Yet the fest’s rich comedic past seems to be largely forgotten.

Following many years devoid of laughs, Summerfest is finally bringing comedy back to Henry Maier Festival Park this weekend. Prior to Dave Chappelle’s headlining performance at American Family Insurance Ampitheater on Saturday night, the Big Gig enlisted a few other comedians to serve as a warm-up act of sorts on Friday night.

As people started flocking to the festival to look for a spot for that night’s headliner at their preferred stage, the Uline Warehouse Stage hosted two shows under one comic umbrella at 6:30 p.m. The “Daughters Of Comedy” showcase was to include stand up from Mindy Rickles (daughter of Don Rickles) and Camilla Cleese (daughter of John Cleese), but Camilla was not a part of the performance. Following a 10-minute set with a solid closer that we think would make her papa proud, Rickles gave way to the “Revenge Of The 80s” showcase, featuring Marc “Skippy” Price of Family Ties fame and Michael Winslow. You probably know the latter as a sound effects virtuoso and an actor who was in EVERY SINGLE Police Academy film.

For the sake of brevity and, well, keeping things positive, we’ll just glaze over Price’s 15-minute set. Instead, we’re going to focus on Winslow’s performance. In total, “The Man of 10,000 Sound Effects” treated a crowd of—unfounded estimation alert!—upwards of 300 people at the show’s peak to 35 minutes of celebrity impersonations, electronic impressions, song parodies, vocal chord-defying beatboxing, and otherworldly guitar mimicry. Sure, it was no Wilco. Hell, it wasn’t even the Goo Goo Dolls, but it was fun to see and actually quite impressive to watch in person.

Also, shortly before the show, I met a reader named Sean (or Shawn? Sorry I didn’t ask how it was spelled!) who was really nice. We bought each other beers and talked about being happy comedy was starting to make its way back at Summerfest after so many years away. Anyway, if you weren’t at the Uline Stage like Sean (or Shawn) and myself on Friday evening, here are Milwaukee Record‘s official rankings of the sound effects Michael Winslow did at Summerfest. 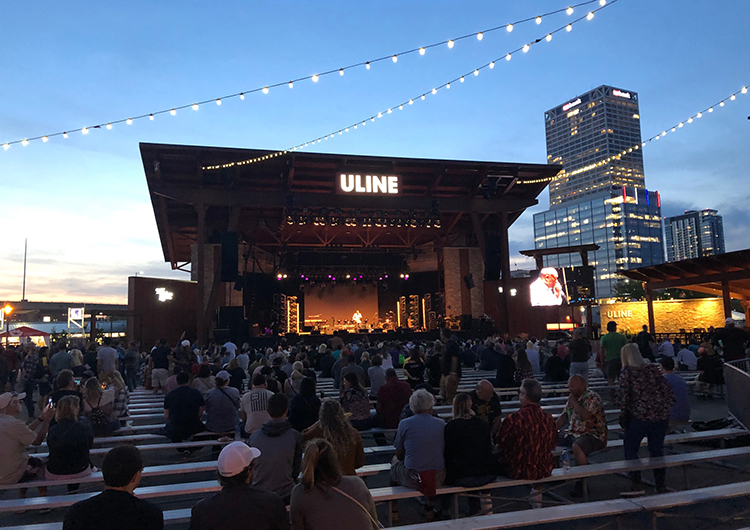