The decision ends the statewide “Safer At Home” order immediately. Now, unless new local orders are issued, bars, restaurants, and all other businesses can reopen when and how they see fit in the middle of the ongoing COVID-19 pandemic. The decision does not apply to schools.

A message posted on the Tavern League of Wisconsin’s website on Wednesday reads: “The result of this decision is business can open immediately. Please follow the WEDC guidelines you can find on the TLW website. We will get you a more detailed summary of the decision, however, according to the ruling you can OPEN IMMEDIATELY!”

The statewide “Safer At Home” order was previously scheduled to expire May 26. Evers had already relaxed some restrictions, and had indicated he had no plans to extend the order.

The majority decisions declare that Department of Health Services Secretary Andrea Palm exceeded her authority by issuing the “Safer At Home” order. Evers and his administration would now need approval and input from the rulemaking committee of the Republican-controlled legislature.

The decisions and dissents can be found HERE.

Roggensack’s majority decision reads, in part: “This case is about the assertion of power by one unelected official, Andrea Palm, and her order to all people within Wisconsin to remain in their homes, not to travel and to close all businesses that she declares are not ‘essential’ in Emergency Order 28. Palm says that failure to obey Order 28 subjects the transgressor to imprisonment for 30 days, a $250 fine or both. This case is not about Governor Tony Evers’ Emergency Order or the powers of the Governor.”

The decision continues: “We do not conclude that Palm was without any power to act in the face of this pandemic. However, Palm must follow the law that is applicable to state-wide emergencies. We further conclude that Palm’s order confining all people to their homes, forbidding travel and closing businesses exceeded the statutory authority of Wis. Stat. § 252.02 upon which Palm claims to rely.”

In arguments last week (conducted online, natch), Bradley likened “Safer At Home” to Japanese internment camps during World War II. She did the same in her written decision. Kelly, a lame duck justice, was defeated by Jill Karofsky in the April election.

Dallet’s dissent reads, in part: “A majority of this court falls hook, line, and sinker for the Legislature’s tactic to rewrite a duly enacted statute through litigation rather than legislation…Rather than examine the plain language of Wis. Stat. § 252.02, the majority engages in analytical gymnastics to arrive at a desired conclusion.”

Hagedorn’s dissent reads, in part: “In striking down most of Order 28, this court has strayed from its charge and turned this case into something quite different than the case brought to us. To make matters worse, it has failed to provide almost any guidance for what the relevant laws mean, and how our state is to govern through this crisis moving forward. The legislature may have buyer’s remorse for the breadth of discretion it gave to DHS in Wis. Stat. § 252.02. But those are the laws it drafted; we must read them faithfully whether we like them or not. To be sure, this leaves much unanswered.”

As of Wednesday, 421 COVID-19 deaths were reported in Wisconsin. Meanwhile, five of the six metrics in Evers’ “Badger Bounce Back” plan were currently satisfied. 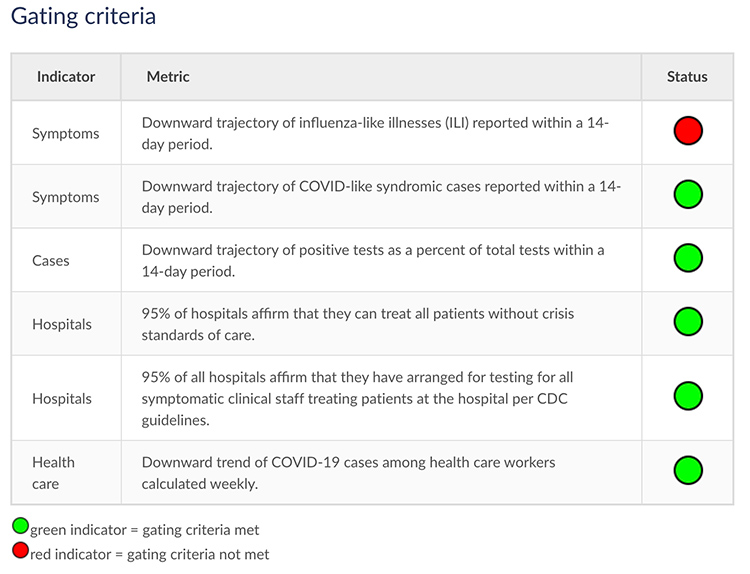 Wisconsin Republicans who brought the initial lawsuit haven’t offered an alternative to “Safer At Home,” at times suggesting the entire state should immediately “reopen” with proper precautions, while other times suggesting a more regional approach.

So everyone can do whatever they want to now, we guess. Yay.