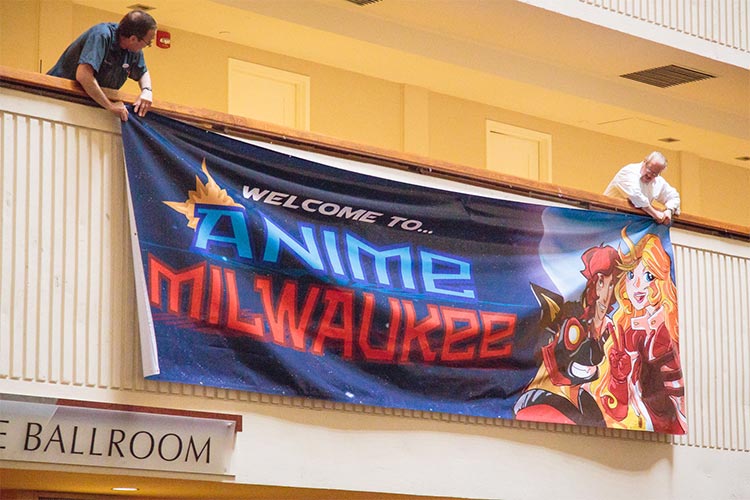 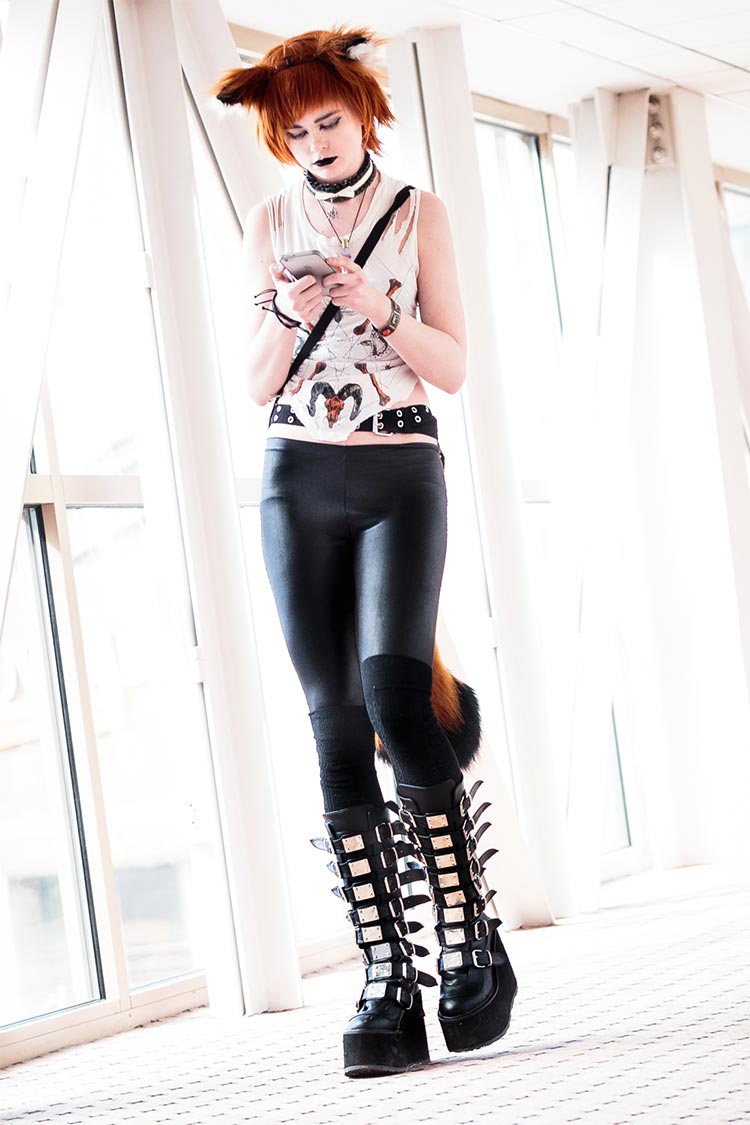 Anime MKE (AMKE, pronounced am-key, for short) returned for its ninth year the weekend of March 11-13. Started as a small event at UW-Milwaukee, the event has grown into a convention that attracts over 8,000 people to the Wisconsin Center and Hyatt Regency Milwaukee downtown. It is the biggest fandom-based convention Milwaukee currently has to offer. 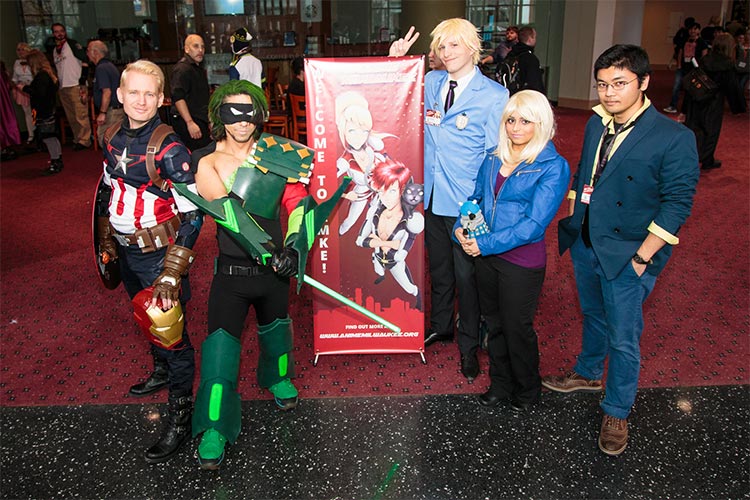 “It’s really the Goldilocks of cons, because there’s lots going on, but the crowds aren’t overwhelming,” a con goer dressed as Captain America told us. 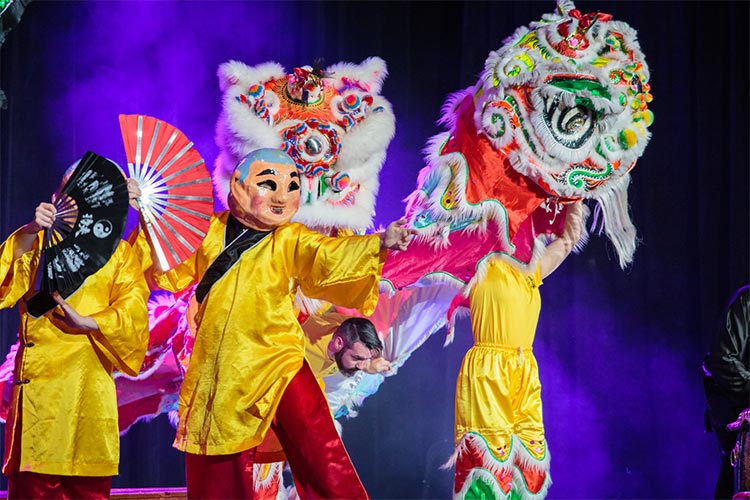 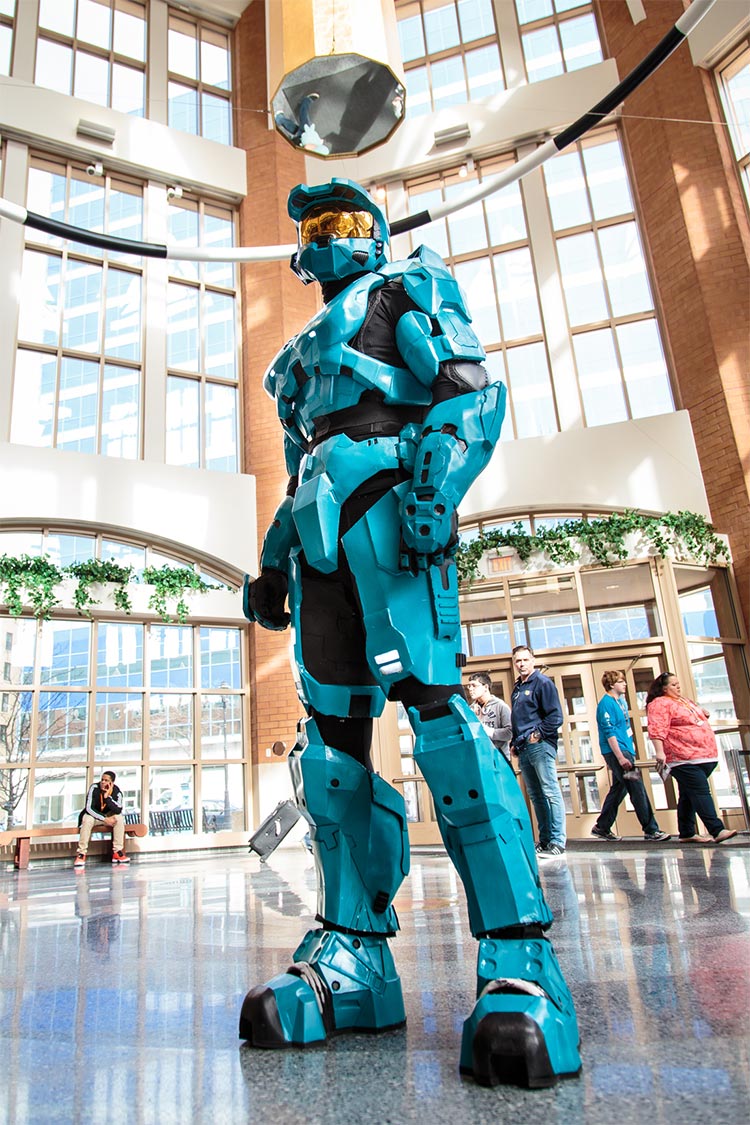 Cosplayer Marc Nabke constructed this costume himself, based on a character from the video game Halo. Lots of people wanted to take his picture. This was his fourth year attending AMKE and he said part of the appeal of the convention experience was that he felt like he “was part of the show myself. I work with the same eight people every day, so this is a great chance to meet new people that are into the same things you are and bond. I’ve seen a lot of familiar faces and friends here.” 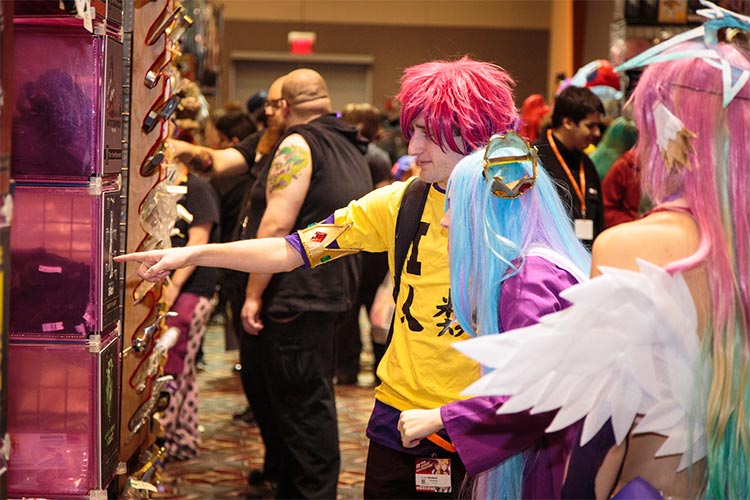 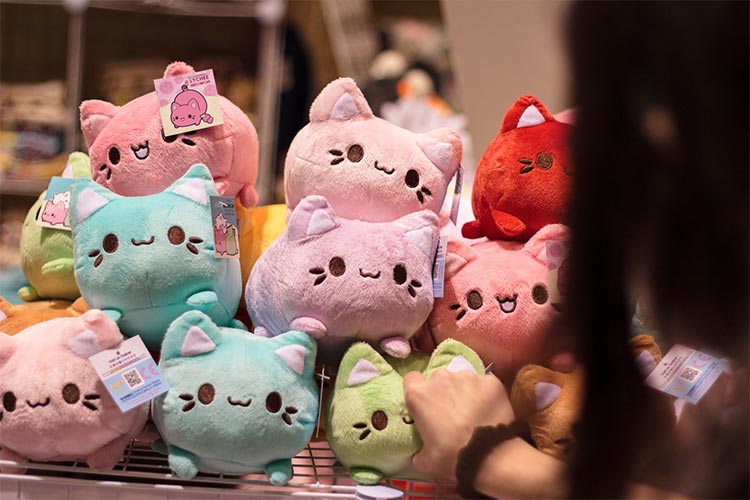 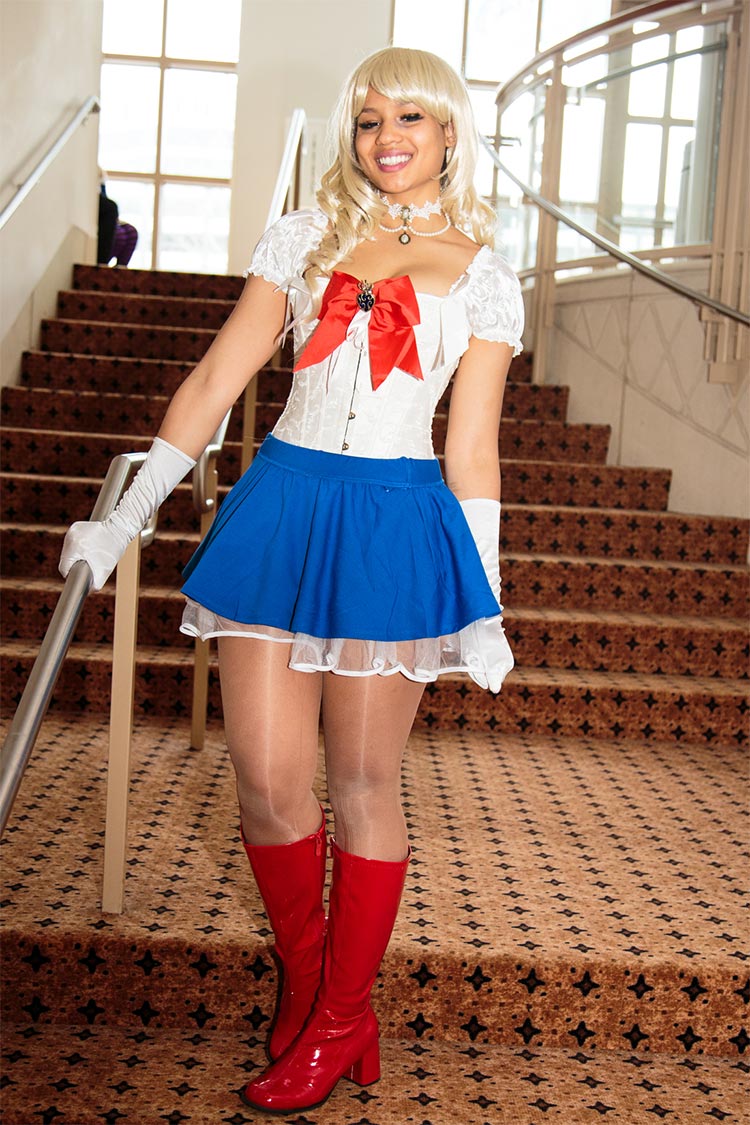 This cosplayer, Nakada Wilson of Chicago, had a costume based on Sailor Moon and was part of a film being shot at the convention, titled Wicked World Otaku. “My favorite part of the con is talking to other cosplayers,” she told us. “There’s really good energy here.” 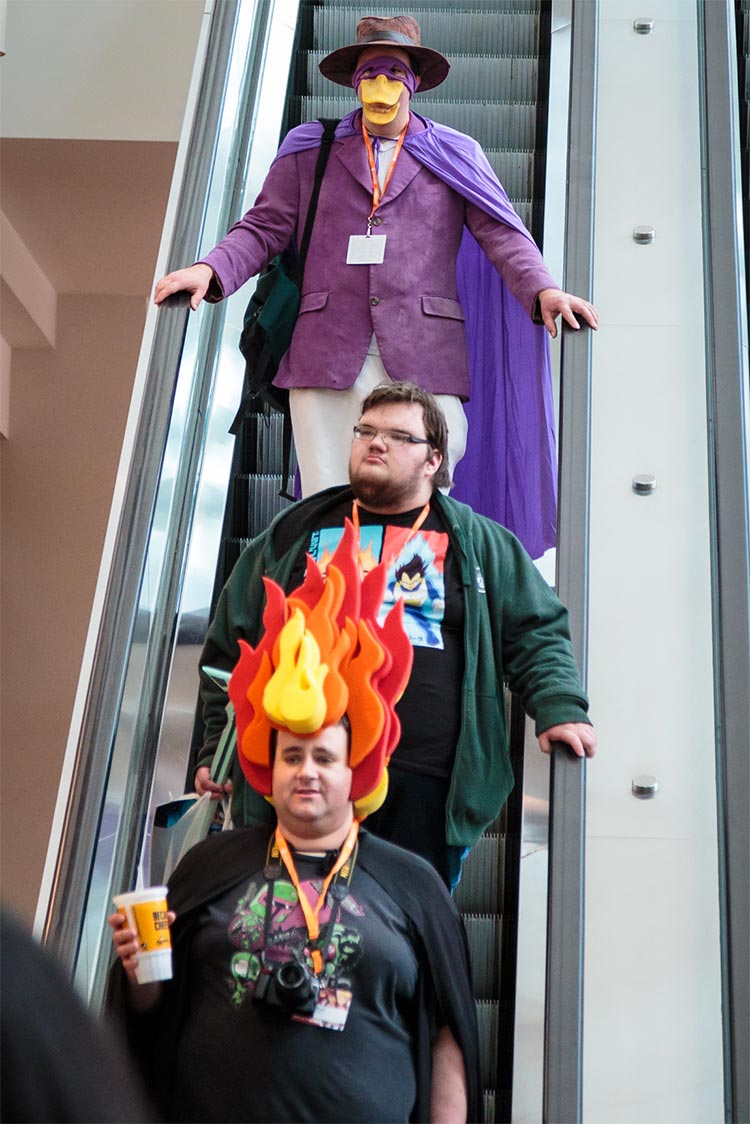 Spotted on the escalator: Darkwing Duck, the terror that flaps in the night. 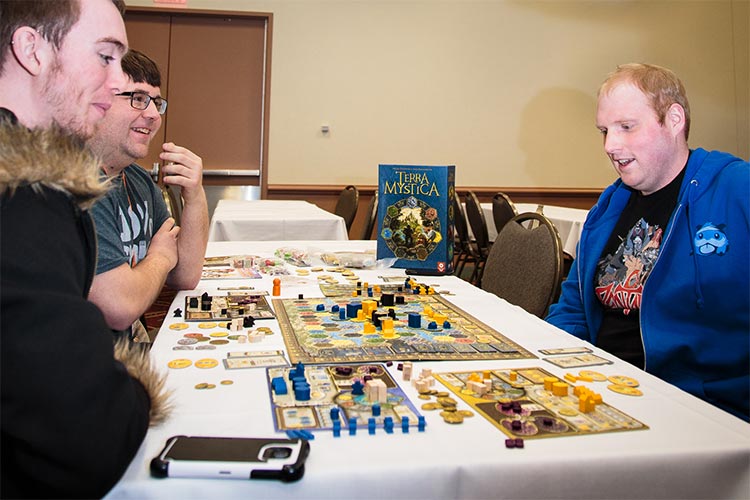 AMKE also had an arcade room and another room dedicated to tabletop sessions. These guys told us they were approaching hour four of playing Terra Mystica, which is a “civilization building game.” 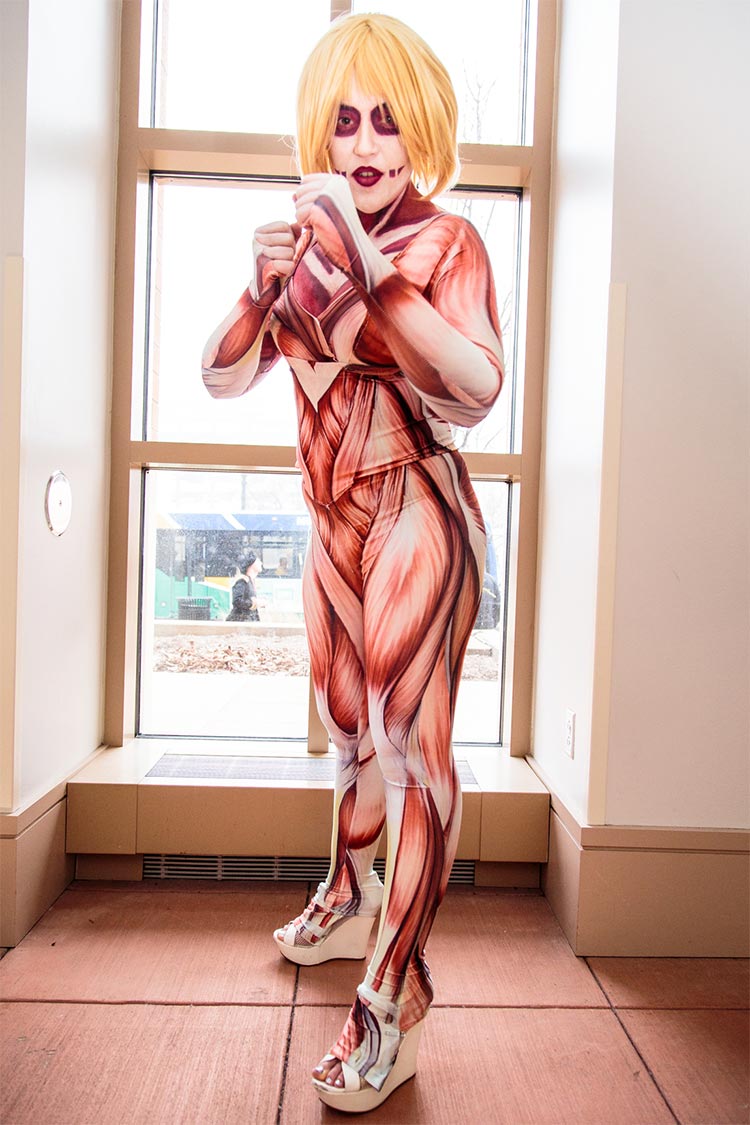 Anna Grishaber drove down from Appleton and sported a costume based on a character from Attack On Titan. “My sister brought me because she said I would love it, and she was right,” she said. 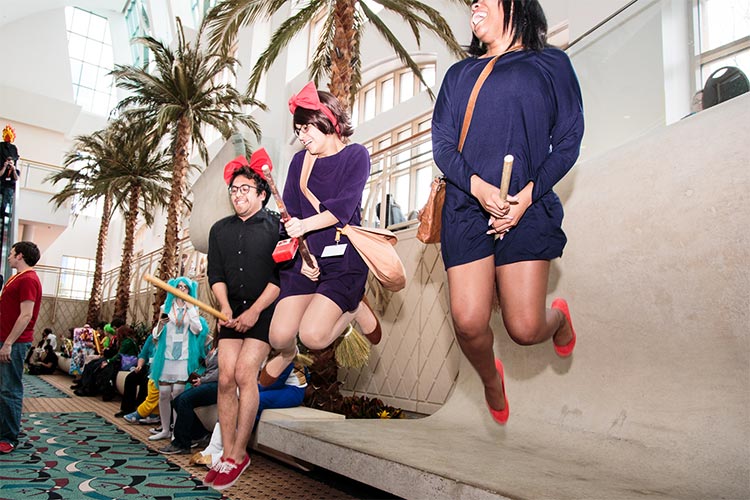 These people were all dressed as the titular character from the animated film Kiki’s Delivery Service, and were gathered as part of a photo op session for people dressed as characters from Studio Ghibli films. 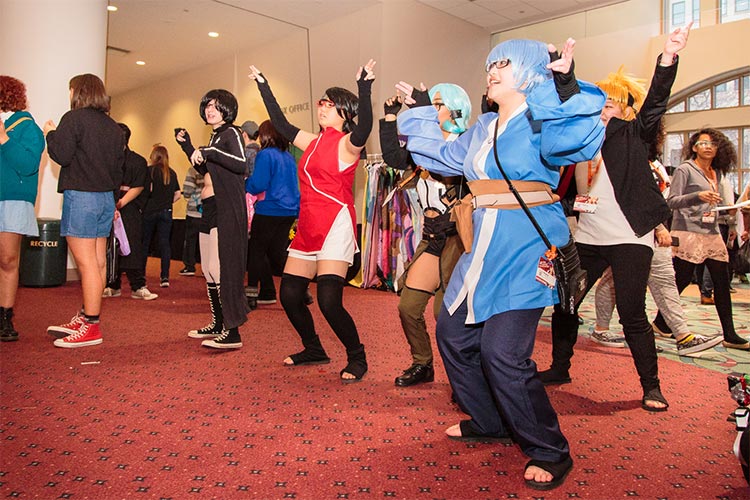 On our way out we saw this group doing some sort of line dance to a K-Pop video. They, along with most of the anime fans we saw, were celebrating in complete ecstasy.